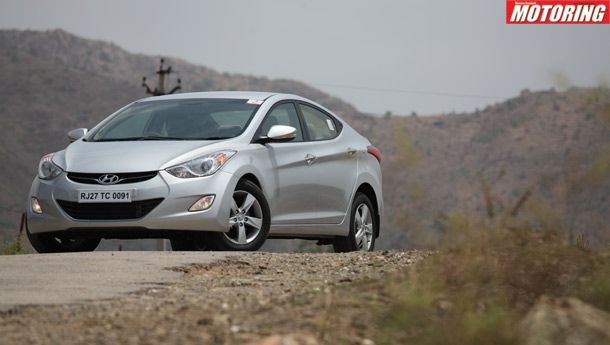 Running around the clock and selling everything it can build, HYUNDAI Motor's <005380.KS> Indian factory is bursting at the seams. But as demand grows and rivals scale up, the car maker has chosen to take its foot off the pedal.

Hyundai's strategic decision to focus on quality over quantity, even as its production lines are stretched in India and elsewhere, risks losing hard-won market share and is forcing it to divert output from its plant outside CHENNAI away from exports to other high-growth markets to meet domestic demand.

The South Korean firm, with affiliate Kia Motors <000270.KS>, has surged to the No. 5 spot in the global automaker rankings by offering stylish models at affordable prices.

That formula has been especially successful in emerging countries such as India, where it is No.2 by market share.

The decision to slow down was prompted by fears a growing reputation for well-built cars could suffer in a headlong dash to churn out more vehicles, but it has sparked rumbles of discontent among some executives at the South Korean firm.

"Our operations all over the world are calling for more cars. Executives tell the chairman that CAPACITY should be expanded because they have to sell more cars," a senior Hyundai executive in Seoul told Reuters.

"But the chairman says, 'What are you talking about? We have enough capacity. What we need now is stability'," he said, speaking on condition of anonymity due to the sensitivity of the issue.

Hyundai, which, does not yet enjoy the same sort of name cachet as Toyota <7203.T> or Volkswagen , aims to emulate the success of compatriot electronics giant Samsung Electronics Co Ltd <005930.KS>, which evolved from a maker of cheaper goods into a powerful global brand in its own right.

To that end, Chung has quietly shifted strategy in recent years to put capacity expansion in the backseat and instead focus on building Hyundai's brand and reputation for quality.

"In the past, pushed for building more factories, but executives said it would be difficult to sell cars because of quality issues," said the executive in Seoul.

"Now, there is a push from the bottom. Executives now say they can sell more cars."

The move is "motivated by the chairman's effort to keep Hyundai from making the mistake Toyota made", another source said, referring to a perception that the Japanese automaker lost control of engineering discipline and manufacturing quality during the 2000s, as it expanded too aggressively and its global capacity climbed well above 8 million vehicles a year.

Plans to build a factory in Indonesia, another emerging market with large growth potential, were scrapped due to Chung's decree, the source told Reuters.

The expansion freeze has already crimped sales growth in the United States. Hyundai's U .S. sales expanded just 8 percent from January to October this year from the same period a year earlier, more than half the 20 percent growth achieved in 2011.

"Investors are concerned that Hyundai's sales volume will not increase much next year because of its limited production capacity," said Jung Sung-man, a fund manager at Plus Asset Management in Seoul. "But Hyundai's growth engine will not stall. Hyundai has piled up cash enough to build new plants."

At its factory 50 km (30 miles) outside Chennai, a steady stream of buses ferries about 2,000 workers to and from the plant as three shifts run around the clock.

Hyundai doubled annual capacity at the plant to 600,000 cars in 2008, and was operating at full tilt within three years.

In 2009, it exported nearly half of its Indian production to markets in Asia, Africa, Europe and the Middle East, but only 40 percent last year.

Next year, overseas shipments, including to high growth markets such as South Africa and Mexico, will likely account for just 35 percent of India production, the plant's production manager told Reuters, as local demand absorbs output.

Capping capacity to focus on quality might be a shrewd move in Europe and other markets where growth is stalling. But in fast-growing lower-priced markets such as India, analysts question whether remodelling itself as a more upmarket brand is the right way for Hyundai to go.

"Hyundai has worked well in India because they offered feature-rich products at the right pricing," said Deepesh Rathore, managing director for India at research firm IHS Automotive. "I'm not very convinced about their argument."

Cheap, small cars predominate in India. Market leader Maruti Suzuki's Alto, the world's biggest-selling small car, starts at around $4,500, and Hyundai's success in the country is built on its low-cost Santro and i10 models.

But as rivals scale up to meet a forecast doubling in Indian sales to 4.9 million by 2016, according to IHS Automotive, Hyundai will be stuck at its existing capacity for the foreseeable future.

"Right now there are no plans," said R. Sethuraman, director of finance and corporate affairs at Hyundai India. "A balancing act has to be done globally."

Hyundai's share of the passenger vehicle market has slipped from around 15.8 percent in 2008 to 14.4 percent in the six months through September this year, according to the Society of Indian Automobile Manufacturers, even as it cuts back on export volumes from a peak in 2009.

Meanwhile, Maruti is spending 40 billion rupees to increase capacity by 250,000 cars by 2016, while Ford - which has not yet fully utilised its existing Indian operations - is spending $1 billion on a 240,000 cars-a-year factory to serve the local and export markets.

Hyundai is earmarking up to 20 percent of its marketing expenses on brand investment, from almost none a few years ago, chief marketing officer Cho Won-hong told Reuters, as it aims to surpass Toyota and Volkswagen as the most favoured mainstream car maker.

The carmaker opened plants in China and Brazil this year, but it has not announced plans for new factories in the past couple of years, despite many of its factories running at full capacity, leaving it short of cars in a recovering U.S. market, where rivals have stolen market share.

"I think the strategy not to expand aggressively is reasonable. The global auto market is in an oversupply situation, although emerging markets are growing," said Jeon Nam-joong, a fund manager at Consus Asset Management.

"Hyundai is taking a breather after its rapid growth, and it's not that they gave up growth."