Hyundai Verna 1.5 CRDI automatic - One of a kind 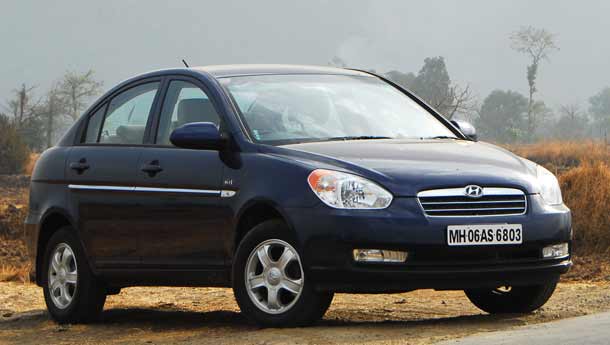 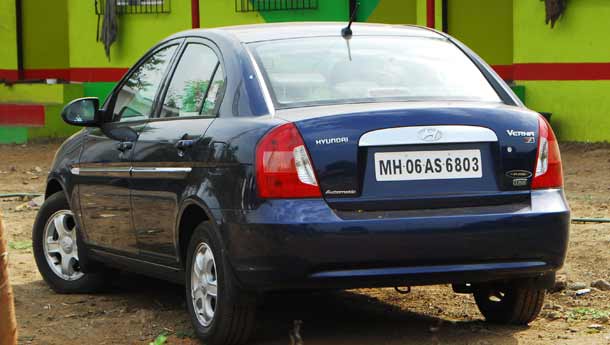 A bunch of horses prancing alongside the car as it moves along? Nah, that’s not quite the way I’d like to advertise my car that’s powered by a near 109 horsepower engine. It’s like showing a cow squirt her milk into a bowl full of breakfast cereal – selling the concept of fresh milk never quite got so literal, and weird. The Santro advertising campaign was so much better. Although Shahrukh Khan somehow looked brighter than the sunshine car and the Santro Zip strangely moved at the speed of light on the telly as compared to the ones the road, the ad was a memorable one. However, although many of its ads aren’t memorable, the Hyundai brand in India has grown by leap and bounds, and rightfully so.

What started with the Santro has grown into a large range of products to cater to almost everybody. Whether you’re a bank cashier or the owner of the bank itself, there’s a glossy new Hyundai waiting to cater to your need and budget. And as soon as you plonk your hard earned money into the ringing coffers of Hyundai India, the widespread service network and quality service is bound to have you smiling. The Verna diesel, with its 109 bhp engine, was and still is a great car. It is pretty robust, comfortable and easy to drive. Now, Hyundai just made it easier still, with the new automatic tranny. And with that, we shall dive head first into the test. Drawing a conclusion on the aesthetics on anything is a matter of personal preference, but very few would actually go on to say that looking at the Verna would induce an immediate urge to bring up their lunch. That being said, the Verna is no stunner either. It’s far from being the sort of car that needs to be put onto an altar surrounded by burning incense sticks.

It’s a plain looking car that is unpretentious. To me, the front end looks a tad too much like a small car that’s famous with the tourist-walas, but Rohin begs to differ. Like I mentioned earlier, it’s all about personal opinion here. The bumper of the new Verna is chiselled in with some new lines and the fog lights have been reshaped too. Hyundai has reworked the grille a bit, with the chrome ‘H’ taking prominence. A chrome strip runs from the fender blinker to the end of the rear door, just below the crease that runs across the flanks on either side. Stylish? Well, that’s for you to decide.

There is little to distinguish the manual Verna from the automatic. One obvious giveaway is the ‘Automatic’ badge that’s placed below the ‘Hyundai’ on the left side of the boot. Another one would be if you peeked into the car itself. Step into the car and acres of beige and grey dilate your pupils. Thankfully, the upper part of the dash is a dark grey colour and not fawn, unlike the i10. The small Hyundai we drove had a tan dash that made driving in the afternoons precarious, because the dash would reflect onto the windshield and you couldn’t see much through the glass. Hyundai’s Verna can comfortably seat a family of five. Legroom, especially at the rear, isn’t enough to permit good old Michael Jordan to flap his totem poles, but for us more average-sized human beings, it’s quite adequate. The instrumentation cluster is virtually the same as the facelifted manual Verna, retaining the gauges that are simple to look at and easy to read. The prominent audio system is decent and not over the top, but will keep you whistling along on long drives on the highway.

The facelifted Vernas (which includes the auto) now benefit from an automatic climate-controlled aircon which is great for a hot country like India – no more sweating and then suffering frostbite, all within an hour of driving. The unit is easy to use and you don’t need to scroll through menus that would put an Udupi restaurant to shame just to increase the blower speed, for example. Grasp the gear shift knob and it’s akin to grabbing hold of a rugby ball, complete with a leather cover and cross stitching at the side. It’s a bit too chunky, and quite awkward to use. But thankfully, it’s an automatic and you wouldn’t have to fiddle with the gear knob too often.

The Verna diesel manual was no slouch and neither is the automatic. At traffic speeds, it’s as docile as a lamb in a petting zoo. Step on the gas, the variable geometry turbo kicks in and the Hyundai promptly surges ahead. Its four-cylinder motor makes about 108.5 bhp with 24 kgm of torque, which is ample enough to take the Verna to a top whack of nearly 175 kph. Acceleration figures are quite remarkable as well. The Verna auto clocks a 0-60 kph run in just 5.6 seconds and crosses the tonne in just under thirteen seconds. Common rail diesel injection keeps the engine smoother revving and ensures that every drop of diesel goes a long way.

The gearbox shifts seamlessly but going through the 4 speeds becomes apparent the harder you stomp on the accelerator. Even when pushed hard, the tranny is refined enough to keep the car from bucking, but what could have made the car even better to drive would have been a sports mode on the gearbox that would permit later shifting.

It can safely be said that the Verna is a decently handling car in its segment. No, you can’t lap the quickest times on the Sachsenring with the Verna automatic. But what you can certainly do, and safely at that, is tackle corners at a decent pace. It won’t rattle your nerves and you can push quite hard around the curves. The rear end can step out if you overdo things, but under normal driving conditions, composure and calm is with you in the Verna. When driven over broken roads, only the worst of the potholes (sadly, of which there are plenty) will make it into the cabin. The suspension is surprisingly well sorted out and the setup is soft enough to keep your teeth from chattering but hard enough to keep you from bouncing about like a yoyo. Hyundai has really stepped up its capability in the ride and handling department nowadays, with their modern lineup of cars.

The Verna is comfortable enough to keep the mother-in-law quiet but you can’t really get invited to Page 3 parties by virtue of having a Verna in your garage, either. The gutsy diesel engine is frugal while the automatic makes driving in the city traffic relatively stress free. Hyundai has mixed all the ingredients that make a thoroughly usable car into one package and with the Mumbai ex-showroom price of Rs 9 lakh and a few thousands, it won’t cost the earth either. If you’re on the lookout for a C-segment diesel powered automatic sedan that makes pure practical sense, the Hyundai Verna Automatic is currently exactly what you are looking for. Actually, there isn’t anything else out there that fits the bill quite yet.