Hyundai Upgrades the Elite i20 Family

After much appreciation of the 7-inch audio-visual-navigation(AVN) touchscreen unit of the Creta, Hyundai has decided to add this feature to its Elite i20 and Elite i20 Active. The Elite i20 gets an all new model for the touch screen feature making it the second car in its segment to offer this system whereas the Elite i20 Active’s top model gets a feature upgrade and becomes the only car to offer a touchscreen AVN system in its class.  This feature addition seems to be inspired by the touchscreen system of Honda’s new Jazz which was launched last month and was the only car in its segment to have a touchscreen infotainment system. 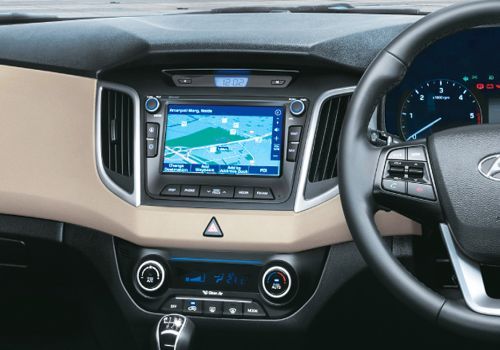 The 7-inch AVN system of the Creta received a lot of praises from critics as well as customers. The system is responsive and easy to operate with the data being well organized and clear to read. It facilitates Bluetooth, AUX-In/USB supports and smartphone integration. Speaker system is a 4-speaker, 2-tweeter setup which provides a good sound quality for the average user. The 7 inch screen also functions as the reversing camera display with integrated parking guide lines  and adjustable views for easier parking. The Elite i20 gets a new Asta (O) variant whereas the Elite i20 Active SX is updated with the new AVN system. Both of these models are available in petrol and diesel variants with a slight price hike.

Revised price list for Elite i20 and i20 Active :

Source : Elite i20 india - Hyundai Upgrades the Elite i20 Family