#first2expo- With the biggest media crew on the ground, CarDekho brings to you the most extensive coverage of Auto Expo 2016. 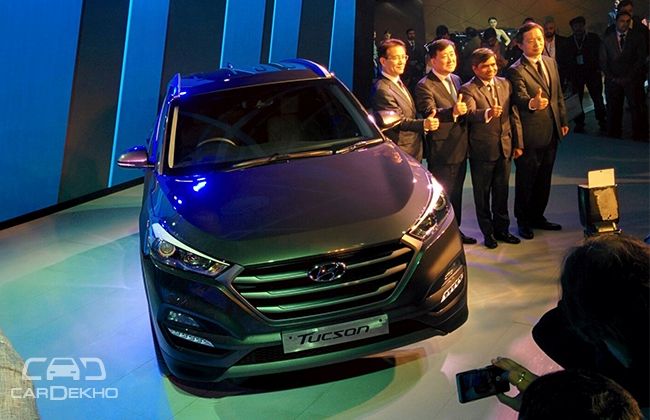 Hyundai has introduced the popular Tucson SUV in India at the ongoing IAE 2016. The vehicle was on sale in the country around 5 years back though it was discontinued due to lack of demand. This time around, loaded with zeal and fervor, the new Tucson is sure to attract many buyers in the country, courtesy a surge in the compact SUV segment. Prior to this, the new Tucson was first revealed at the Geneva Motor Show last year. And now, its gateway to the domestic market is expected to be yet another grand success after the release of Hyundai Creta. In fact, the vehicle fills a huge gap between Creta and Santa Fe. 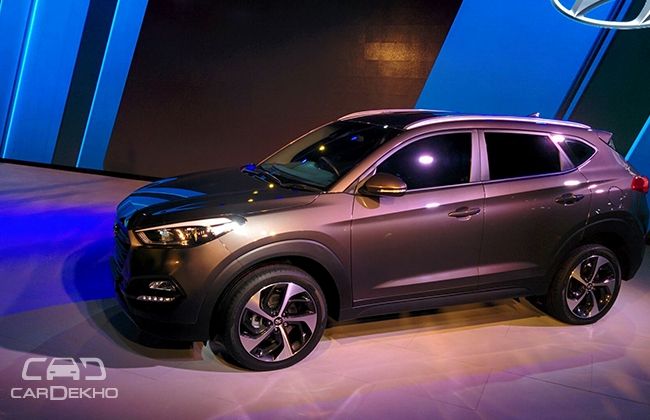 The new 2016 Tucson flaunts a completely modern outlook that displays a hexagonal grille along with the dual projector LED headlamps and LED daytime running lamps (DRLs). A large wheel arch and 19-inch alloy wheels come fitted on the side. While at the rear, wrap-around LED tail lamps, chrome-laden exhaust pipe and a high-mounted spoiler are neatly finished. 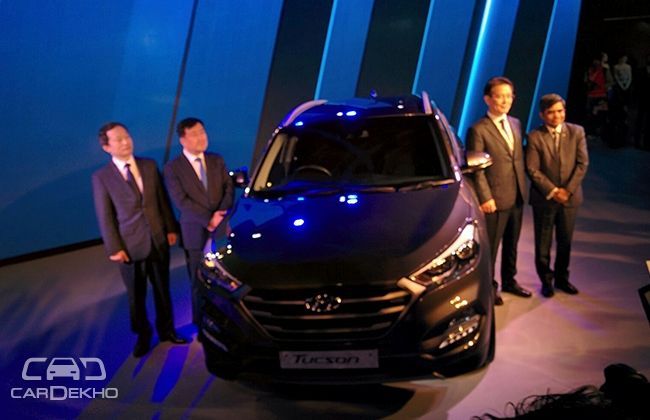 The all new Tucson carries both the diesel and petrol powerplants optionally. The 2.0L CRDi develops 182.5bhp and 420Nm of torque while the 1.7L CRDi Blue Drive delivers 114bhp and a 280Nm of max torque. The engines are further coupled to a six-speed manual or automatic gearbox and come with both the FWD and the AWD choices.

The Sports Utility Vehicle segment is becoming prominent with an amazing tempo globally. Analysing the strong tug-of-war, Hyundai seemed to have made the most of this.