Hyundai Tucson to be Revealed at Auto Expo 2016

Hyundai India is mulling to add yet another SUV in its portfolio very soon. The Sports Utility Vehicle segment is flourishing at an incredible pace like never before. With the increase in purchasing power, more and more people nowadays are preferring to flaunt an SUV, especially that are compact in size and loaded with lots of goodies.

Hyundai has witnessed magnificent growth in the compact SUV segment. After the grand success of Hyundai Creta, the carmaker is planning to launch the popular Tucson SUV in the Indian market. According to a report, Hyundai Tucson will be launched at the upcoming Auto Expo 2016 and fill the gap between Creta and Santa Fe, which is very huge. The new Tucson was unveiled at the last year’s Geneva Motor Show and is a very popular car in the European market. In fact, it will be a re-launch in the Indian market as it use to be sold in the country 5 years back.

The new 2016 Tucson is a mid-sized SUV flaunting a brand new design philosophy, posing a far better look than its predecessor. The car sports hexagonal grille and dual projector LED headlights along with LED DRLs at the front. The side profile features large wheel arches and would come with 19-inch alloys and sleek roof rail. Rear end of the car will incorporate wrap-around LED taillights, high mounted spoiler and chrome-laden exhaust pipe. 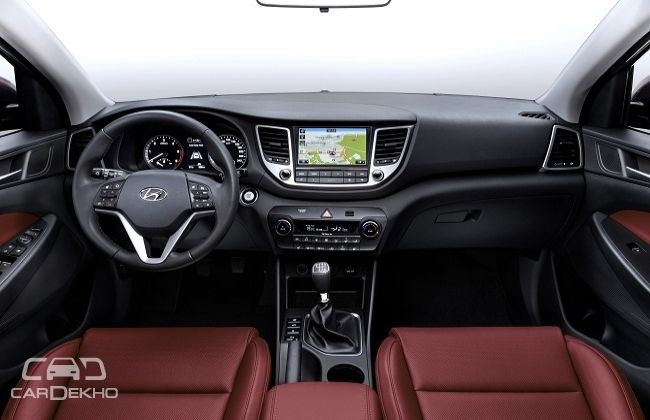 In terms of interiors, it would be way ahead of what is currently being offered in the junior Creta. The new Hyundai Tucson will incorporate a horde of new technologies. Just to name a few, there will an 8-inch touchscreen infotainment system with Bluetooth and smartphone connectivity, advance AC, panoramic sunroof and automatic parking. Regarding safety features, the vehicle would sport 6-airbags, ABS with EBD, Lane Departure Warning, Blind Spot Detection technology, Autonomous Emergency Braking, Static Cornering Lights, etc. The car has been bestowed with a 5-star rating in Euro NCAP safety tests.

As per the engine specifications, the all-new Tucson is likely to be offered in both petrol and diesel engine options. The list of engine would include 2.0 liter CRDi that produces 182.5bhp and 402Nm of max torque, and the 1.7 litre CRDi Blue Drive motor that pumps out 114bhp and 280Nm of peak torque. The transmission duties would be handled by 6-speed automatic or 6-speed manual, depending on the trim. The car is expected to come in both AWD and FWD options. 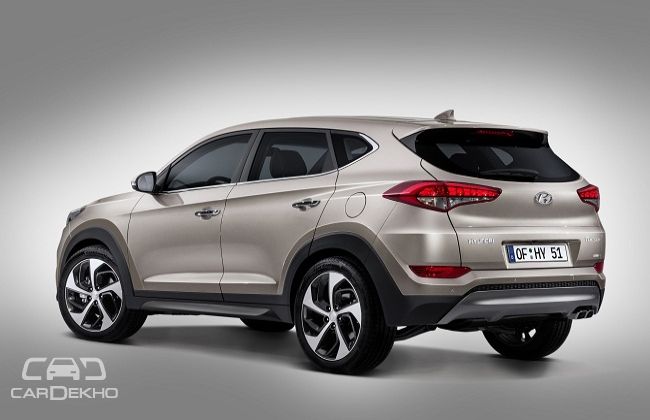 Well, the Auto Expo 2016 is not far away and looking at the burning competition in the SUV segment, Hyundai will not take much time to make most out of this opportunity.