Hyundai Tucson to be launched in India in festive season

Hyundai Motor India Limited (HMIL), which has started testing the Tucson in the country, is likely to bring the SUV to the Indian market around September this year. 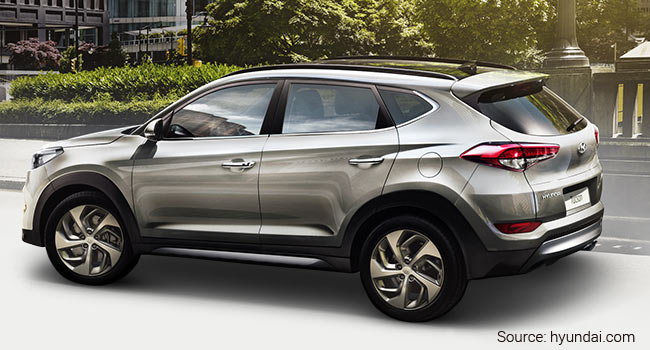 Currently in its third generation, the Tucson has been spied testing on Chennai roads. First shown at Auto Expo 2016, the SUV will be positioned between Creta and the Santa Fe SUVs in Hyundai's portfolio.

The new Tucson gets Hyundai’s large, new hexagonal grille up front, elongated headlamps that stretch all the way from the grille to the fenders, and heavily stylised fog lamp enclosures that contain two individual lighting elements.

Unlike the stand-up and square proportions of the Creta, the new Tucson’s silhouette is full of curves and confidently drawn slashes. This is evident when you look at its side profile. The long bonnet curves down gently, the A-pillar is visually ‘disconnected’ from the bonnet to accentuate the length, and the heavily sculpted side looks more sports coupé-like than Sports Utility Vehicle.

The SUV in India is expected to be powered by a 2.0-litre diesel engine producing 180bhp and 400Nm of torque mated to six-speed manual transmission. The AWD version of Tucson is also expected to be introduced in the Indian market. Considering the demand for petrol engine-equipped SUVs after the ban on registration of diesel SUVs in Delhi NCR and restrictions on old vehicles in Kerala, Hyundai may also introduce Tucson with petrol engine.

The Tucson is expected to come packed with a full-length panoramic sunroof, a five-inch LCD display with rear view camera and touchscreen function, an audio system with eight speakers with AM/FM/SiriusXM connectivity, and twin-projector headlights with integrated LED Daytime Running Lights (DRLs).

The first generation of the Tucson was sold in India during 2005-2010, but it was discontinued due to poor sales. The new Tucson is likely to be priced between Rs. 15 lakh and Rs. 20 lakh.