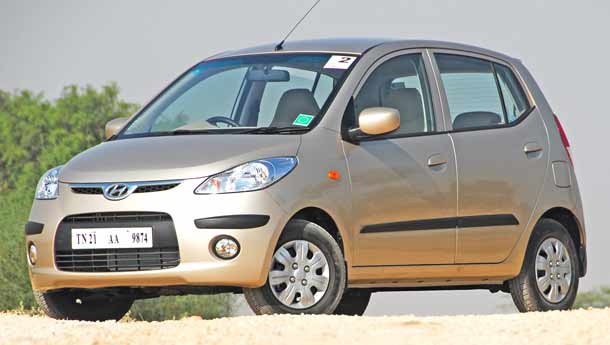 The country's second-largest carmaker, Hyundai Motor India (HMIL), today said it expects its domestic sales to grow by about 15 per cent in 2010 on account of a revival in the auto market.

The company, which today launched an advanced version of its mid-sized Verna sedan, priced at Rs 6.56 lakh-Rs 9.22 lakh (ex showroom Delhi), said it also hopes to push its volumes on the back of new models.

"We would like to maintain our growth at the same rate as that of the industry. The industry is estimated to grow by 15 -16 per cent and we will also grow by this rate," HMIL Director (Marketing and Sales) Arvind Saxena told reporters here.

HMIL has two manufacturing facilities in Chennai, with a total installed capacity of 6 lakh units per annum.

In order to meet domestic demand, the company will reduce its exports this year.

"The mix of exports will go down as the export markets have slowed down. We can meet the domestic demand... We have enough production to adjust," HMIL Managing Director and CEO H W Park said.

Following Hyundai Motor Co's Turkey plant taking over supplies of premium hatchback i20 to European markets, HMIL has reduced production of the model in India by 40,000 units annually. Park, however, said HMIL does not have any plan to expand its existing capacity in India at the moment.

"The plant capacity is 6 lakh and we can stretch it up to 6.5 lakh units. If the domestic market grows fast, we will reduce our exports. If both domestic and export markets grow, then we will think of our next destination, but not now," Park added.

Earlier, in January, Park had said HMIL would cut down its overseas sales by about 7.5 per cent in 2010 in order to focus more on the domestic segment.

On its new Verna, Saxena said the company expects to sell about 2,000 units every month in the domestic market.

The new car -- Verna Transform -- will be available in 1.6 litre petrol and 1.5 litre diesel engine variants.

Saxena also said HMIL will be launching its sports utility vehicle, Sante Fe, by the end of the year, as the firm looks to enhance its product portfolio.

The company is also expanding its dealerships to 390 across the country by the end of this year from the existing 290 outlets.