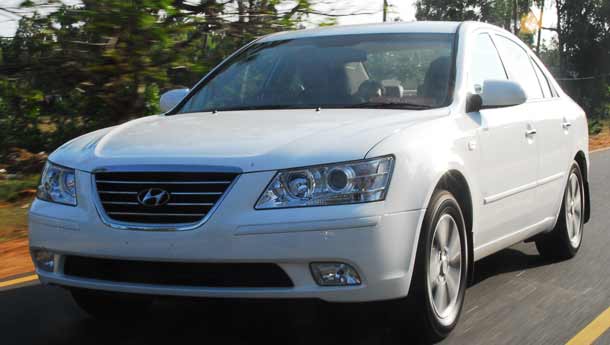 South Korea’s top automaker Hyundai Motor Co today said it has sold more than five million units of its mid-size sedan Sonata worldwide, a feat achieved 25 years after the first Sonata was rolled out in 1985.

Some 2.7 million units of various Sonata models, from the very first Sonata to the latest sixth-generation Sonata, locally known as the Sonata YF, were sold here while the rest were sold overseas, including 1.3 million units in the United States.

“The Sonata is the very history of South Korea’s mid-size sedans that enjoyed the great affection of customers for the past 25 years, even called the best sedan of South Korea,” a Hyundai executive said. The Sonata is only the third South Korean vehicle to reach accumulated global sales of 5 million units, following the Accent and the Avante, both also by Hyundai Motor, the company said.

Hyundai Motor will begin selling its new Sonata 2011 this week.