Hyundai Motor India, launched a radical trailer film featuring Santa-Fe; the company goes with the hash-tag - #Alienscaptured. The video was uploaded on October 01, 2014 and in mere seven days, there are more than 2 Million views on YouTube, making it a hit! Hyundai says this is the most watched campaign among company's Indian portfolio. The film revolves around flaunting of the flamboyance and power of the third generation Sanat-Fe.

Speaking of the Santa-Fe, the Korean SUV features the most powerful diesel motor in its class. The 2.2 liter Hyundai's 'R' series oil burner generated a meaty 194.3bhp at 3800rpm. The torque stands tall at 420Nm and the motor starts extracting it from the engine speed – 1800rpm and maxes out at 2500rpm. Santa-Fe comes with an option of both manual and automatic; the manual comes with 2WD option and sports an ARAI certified fuel economy of 14.74 km/l. While the automatic featuring H-Matic 6-speed unit offers 4WD with a torque of 436Nm and boast 13.01kmpl (AT-ARAI certified) economy. 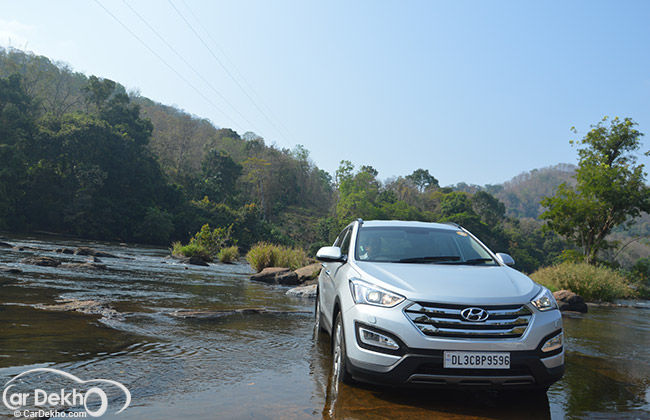