Hyundai Motor India is all set to bring back the original tallboy Santro - the car that earned it a presence in the Indian market - in a new avatar. 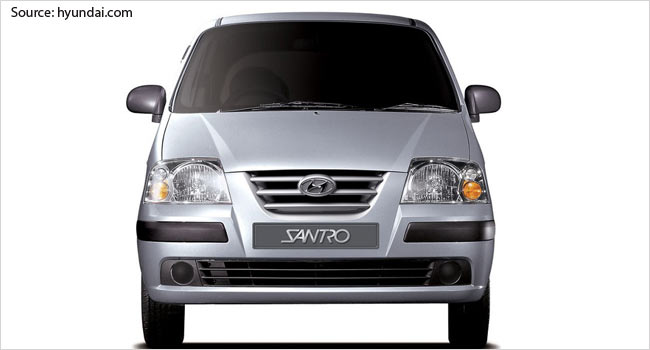 According to sources, the new Santro is currently under development in South Korea and will come to India in around two years.

Santro was one of the popular models from the Hyundai stable, which planted the Korean brand’s roots strongly enough in the subcontinent to make it the second largest car maker in the country.  The tallboy model was discontinued in a phased manner after the advent of the i10, which was followed up by an even more modern and contemporary Grand i10.

Following the positive customer interest in the brand even two years after it has been phased out, the Hyundai management has decided to bring the iconic car to India.

"The brand recall for Santro is still very strong,” said a Hyundai dealer. “Despite the success of Hyundai i10 and other entry level models, we get customers who still ask about the Santro and enquire if it will be re-launched. We are sure the new model of Santro, when launched here, will be a big success like the original model.”

However, sources in the company said there was no clarity about the re-launch of Santro.

The Santro was launched in India in September 1998. Hyundai sold a whopping 13.6 lakh units in the domestic market and another 5.35 lakh units in exports till it was phased out.