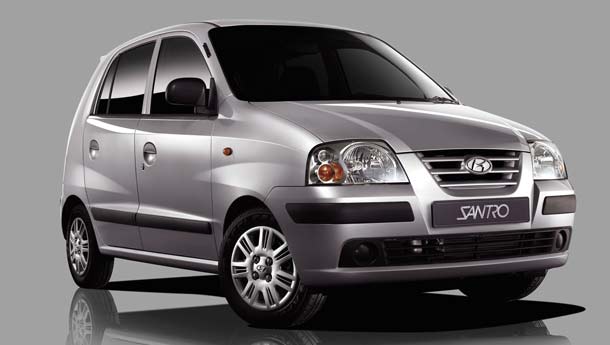 South Korean car maker Hyundai will invest around Rs 800 crore to develop a small car for the Indian market that is likely to be launched in the next two years.

The firm, which has operations in India through a wholly-owned subsidiary, Hyundai Motor India, will manufacture the car, which will be smaller than the Santro, at its plant here.

"We are developing a small car and about Rs 800 crore will be invested at the Korean plant for development," newly appointed Managing Director and CEO of Hyundai Motor India (HMIL) Han-Woo Park told reporters.

He declined to give any details, but said: "It will be smaller than the Santro and the price will also be lesser. It will take at least 24 months from now to launch the car in India. Right now, it is in the design stage."

"Initially it will be targetted at India but gradually it will also be exported," Han-Woo added.

"It will be manufactured at the Chennai plant once the design gets completed," he said.

HMIL, which sells popular compact cars like Santro, i10, i20, has made India a small car hub for the Korean firm and has been exporting the cars to overseas markets.