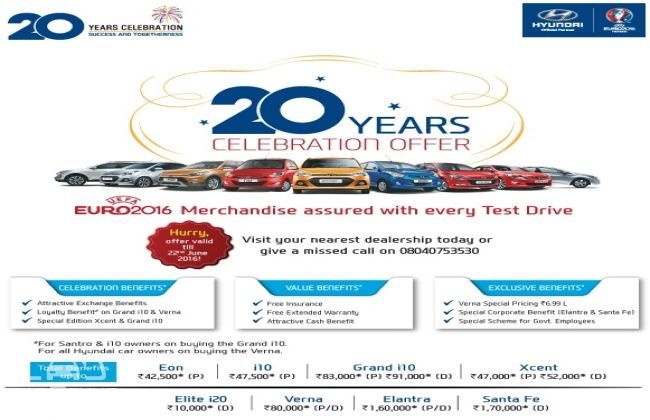 Celebrating its 20th anniversary in India, Hyundai Motors is offering discounts and cashback on several of its cars. However, the i20 Active and the Creta do not fall under this scheme. The benefits provided under this offer include free insurance, free extended warranty, cash benefits, exchange discounts, loyalty bonus, corporate benefits and special schemes for government employees.

Getting into the details, the Grand i10 petrol variant is being offered with Rs 83,000 of benefits, while the diesel variant has benefits worth Rs 91,000. This is the best deal among other Hyundai cars with respect to the percentage of discount being offered. The Elite i20 diesel has the least amount of benefits—Rs 10,000. In terms of highest monetary benefit, the Santa Fe is at the top of the list, with a hefty Rs 1.70 lakh discount on its diesel version. 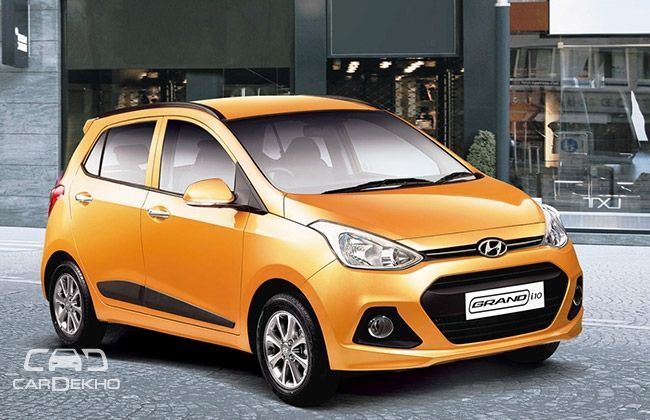 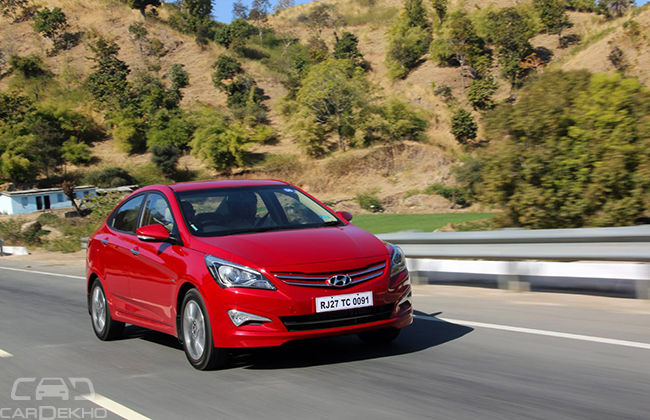 Last month the South Korean automaker had launched special editions of the Grand i10 hatch and the Xcent compact sedan in order to mark its 20th anniversary in the Indian subcontinent. The special edition Grand i10 boasts rear spoiler, blackened B-pillars, a 6.2-inch touchscreen infotainment system, new hubcap design, red body decals along with an anniversary badge at the rear. The Xcent also received similar upgrades in its anniversary edition. Mechanically both the cars have remained unaltered.

The massive discount on the Grand i10 is an interesting move by Hyundai as this particular model is already doing well in the market. However, the launch of the Tiago and the KUV100 has had an impact on the Grand i10’s sales.