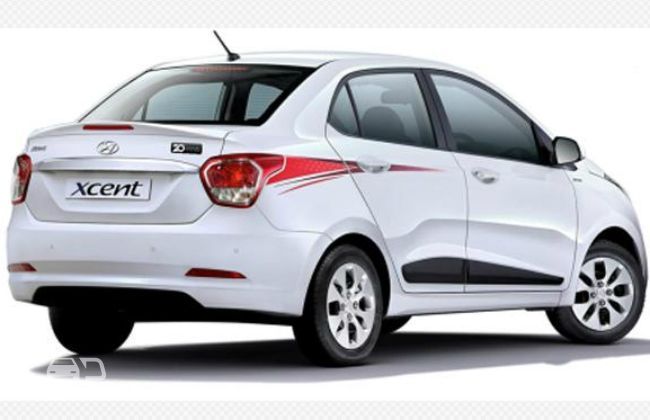 As reported earlier, the car shows various cosmetic and feature upgrades. These include the addition of a 6.2-inch touchscreen audio system and a 20th anniversary badge at the rear with chrome lining at a few places. Side body decals and boot lip spoiler are other notable upgrades.

Also Read: Hyundai Introduces Airbag in Base Variants of Grand i10 and Xcent

The engine line-up remains the same as the standard Xcent. The 1.2-litre petrol and 1.1-litre diesel mills have power figures of 82bhp/114Nm and 71bhp/180Nm respectively. While a five-speed manual transmission is standard, petrol variants also offer a four-speed automatic gearbox.

The car was spied just a few days back where we could spot most of the changes. The special edition is based on the S variant of the Xcent and is approximately Rs. 20,000 costlier. Only 2,400 units will be produced to maintain exclusivity. We are expecting a similar version of the Grand i10 in some time.