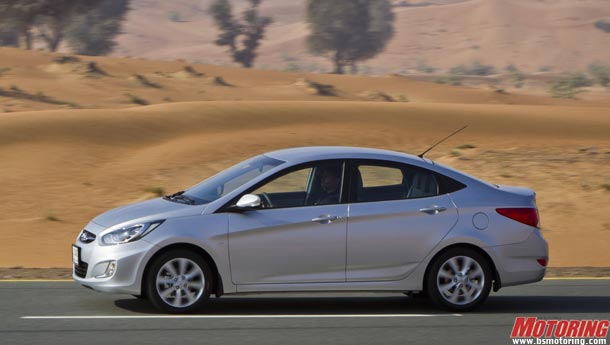 Hyundai Motor Co and its affiliate Kia Motors Corp conceded on Friday that they overstated the fuel economy by at least a mile per gallon on more than 1 million recently sold vehicles, and agreed to compensate owners for the additional fuel costs.

The U.S. Environmental Protection Agency found the errors in 13 Kia and Hyundai models from the 2011 to 2013 model years. The findings were a blow to the two carmakers who have centered their marketing campaigns on superior fuel economy.

About 900,000, or 35 percent, of the cars sold in the United States through October 31 were affected by the changes in addition to 172,000 cars sold in Canada, Hyundai and Kia said in joint statement on Friday.

"Given the importance of fuel efficiency for all us, we are extremely sorry for these errors," said John Krafcik, head of Hyundai Motor America. "When we say to Hyundai owners, 'We've got your back,' that's an assurance we don't take lightly.

The mileage on most labels will be reduced by 1 to 2 miles per gallon, with the largest adjustment being a 6-mpg highway reduction for one version of the Kia Soul, the EPA said.

The South Korean automakers said the changes will result in the 2012 Hyundai-Kia fleet fuel economy level being reduced by an average of 3 percent, to 26 mpg from 27 mpg.

Customers will receive a debit card that will reimburse them for the difference in the EPA fuel economy rating, based on the fuel price in their area and their miles driven. An extra 15 percent to the amount will be added to acknowledge the inconvenience and owners will be able to refresh their cards for as long as they own their vehicles, the companies said.

The two companies are also planning a full-page newspaper ad for Sunday to apologize for the fuel economy errors, which stemmed from differences in its mileage tests from the EPA' tests.

In its marketing, Hyundai has touted the fact that many of its models get 40 miles per gallon on the highway. In the "Save the Asterisks" campaign, Hyundai poked fun at rivals who offered 40 mpg only on specialized, low-volume models.

Now three Hyundai models, the Elantra, Accent and Veloster, as well as the Kia Rio fall short of that mark as will the Hyundai Sonata and Kia Optima hybrids.

"The fact that the companies' ballyhooed 40 mpg cars are no longer members of that august club...will be something that haunts the companies for a long time to come," Edmunds.com senior green car editor John O'Dell said in a statement.

The automakers did not disclose how much the overall reimbursement program would cost other than to say it would be "certainly millions" of dollars, Krafcik said.

But the companies estimated that a typical Hyundai or Kia owner in Florida who purchased a car in January and drove 15,000 miles would expend 21.4 extra gallons of gas. That driver would get a payment of $88.03, including the 15 percent premium.

The EPA said it received a number of consumer complaints about Hyundai mileage estimates and the agency's testing staff at a laboratory in Ann Arbor, Michigan, saw discrepancies between EPA testing Results of a 2012 Hyundai Elantra and the information provided by the company. It then expanded its investigation into other Hyundai and Kia vehicles.

The EPA said it routinely tests up to 200 vehicles a year to ensure their performance matches the mileage and emissions data submitted by the automakers. The agency said relabeling as a result of incorrect data has happened twice since 2000, but this is the first time where a large number of vehicles from the same manufacturer have deviated so significantly.

"I sincerely apologize to all affected Hyundai and Kia customers, and I regret these errors occurred," W.C. Yang, chief technology officer of Hyundai/Kia research and development, said in a statement. "Following up on the EPA's audit results, we have taken immediate action to make the necessary rating changes and process corrections."

The South Korean automakers have submitted a plan to the EPA for cars currently on dealer lots to be relabeled with new window stickers reflecting the corrected mileage estimates, the EPA said Friday.

Hyundai and Kia said procedural errors at the companies' joint testing operations in Korea led to the incorrect fuel economy ratings. The EPA said regulators found discrepancies between agency results and data submitted by the automakers.

The automakers also said they are putting in place a reimbursement program for affected current and former vehicle owners to cover the additional costs from the fuel economy change.