Hyundai India will launch the crossover version of the Elite i20 - they-call-it - i20 ‘Active’ on 17th of March, 2015. The much anticipated debutante hatch-turned crossover vehicle from the Korean auto manufacturer was on test on our soil from quite some time. 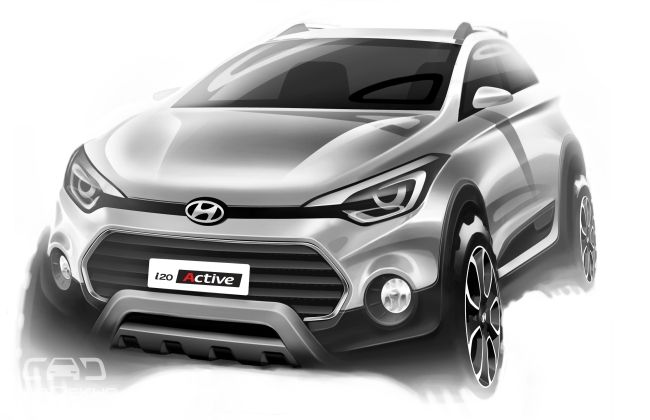 Speaking of the same, it is a world debut set in India for i20 ‘Active’ and Hyundai India has also released design sketch of the same a couple of days ago. This said, the vehicle has been already spied in the country during what seems to be an official photo shoot. 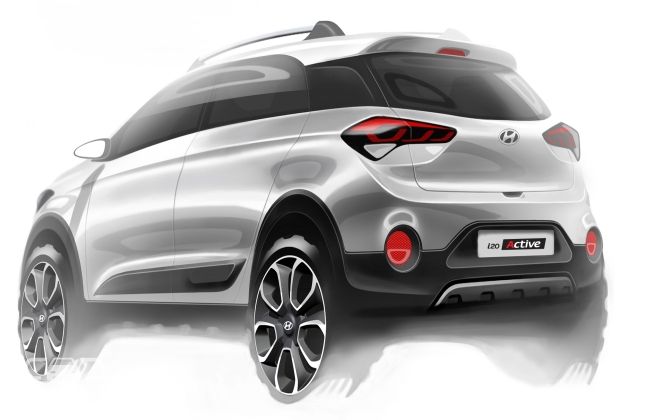 Hyundai says that the i20 Active is designed at Hyundai Motor’s Design Centre Europe in Rüsselsheim, Germany, and is based on Hyundai’s Fluidic Sculpture 2.0 design philo. 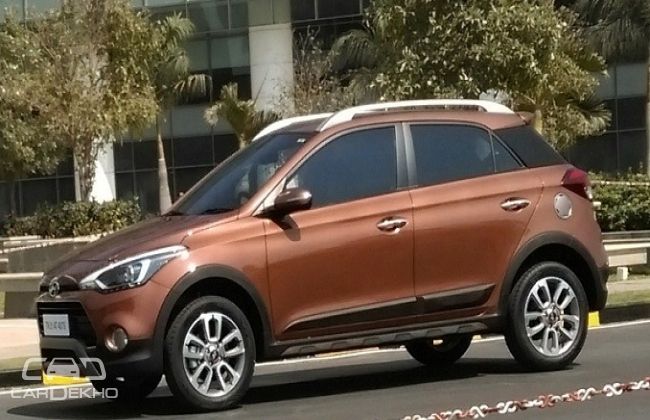 Talking about the design changes from the official sketches and the spied images - the i20 Active gets redesigned bumpers with rounded fog lamps at both front and rear and all-around plastic cladding. And both the bumpers feature faux silver bash guards and roof rails. Furthermore, Hyundai has also inverted the Elite i20’s grille in the i20 ‘Active’ and it looks very Ford-like! 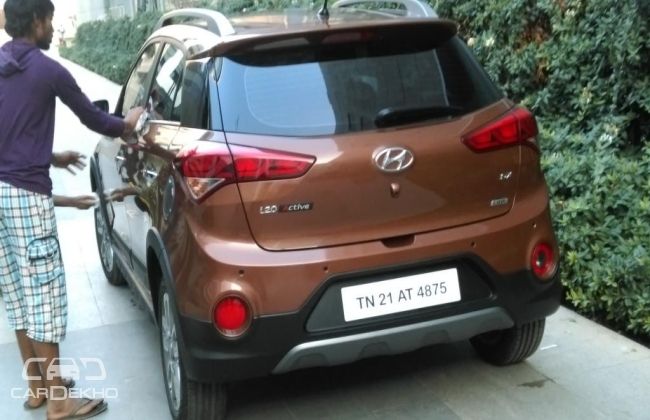 Speaking of the engines, the powertrain option on the i20 Active are likely to remain same as of the Elite i20 both in-terms of petrol and diesel. But since it's a global debut, Hyundai India might surprise us. Interiors will be carry forward from the hatch but it could see an addition of new equipments and new shade compared to hatch’s black and beige.