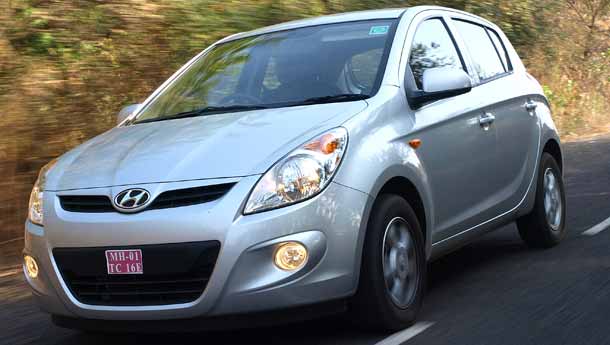 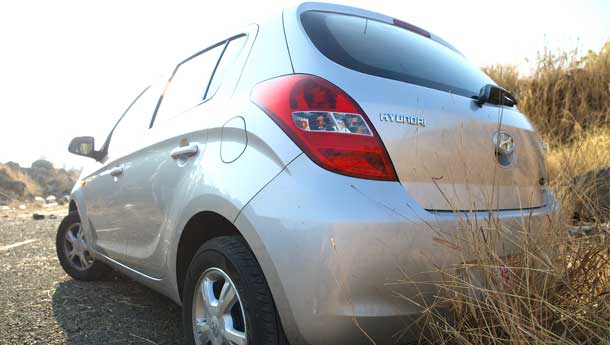 Maneesh Reddy lives in California and is a hard-core automotive enthusiast. As in, he drives a Mini Cooper, has rather cunningly bought his wife a BMW 3 Series and is a member of a supercar club that allows him to drive classic Ferraris and contemporary Maseratis over weekends. He does the annual pilgrimage to the Monterey peninsula for the Pebble Beach Concours and never misses an opportunity to meet up with automotive bigwigs. He even sent us photographs he took with Jay Leno and Stirling Moss. Yes, he is ‘the’ dude. But two months back, something phenomenal happened. He bought himself a Genesis. In case you didn’t know, the Genesis is a luxury four door car with more bells and whistles than an antique steamer. Add to that a potent V8 engine sending power to the rear wheels and a warranty that will outlive you, and you understand the rationale behind Maneesh’s decision. But wait a minute, who makes the Genesis? Step aside and raise a toast, ladies and gentlemen… it is Hyundai. Drop that startled look – Ferrari and Hyundai in one paragraph? Sacrilege? Not any more. What makes Maneesh drive something as exotic as a Ferrari 355 over the weekend and feel equally at home behind the wheel of a, er, Hyundai on Monday? The answer, dear reader, is ‘because he knows his cars.’ Hyundai has indeed come a long way and it does reflect clearly in the newest car that the manufacturer has launched in India – the i20.

Alright, let us call the segment the Hyundai i20 is born into as the Swift segment in India. This is the segment where only the Suzuki Swift has done well. The petrol version of the Swift was a runaway hit and the diesel still has long queues despite the slowdown. The Getz though has had a reasonably decent run in India, but even a torquey diesel variant couldn’t help it keep pace with the Swift. The all-new i20 is supposed to change all that. It is designed boldly like the Swift, has an all-aluminium engine that is more economical than the Swift and soon will spawn a diesel version that should give the Swift diesel a good run for its money. But for the time being, the i20 is positioned as a premium hatchback offering (more so, since the Getz in various versions is still available) and is destined to fight it out with everything from the baseline Chevrolet U-VA (a great bargain these days) to the Skoda Fabia (for that quality car feel). Let us get on with the test then.

Looks and design
Make no mistake; this is a seriously good looking automobile with lots of emphasis given to stance and detailing. As an overall design, it is certainly influenced by the best small cars from Japan (Nissans) and Europe (Peugeots). It looks incredibly contemporary thanks to the flat frontal area, which ensures better pedestrian crashworthiness, and clever use of lighting fixtures that lends the form a certain ‘lightweight’ feel. A large C-pillar makes the car look solidly built and a well-defined waistline makes a bold statement. This design is not ashamed of its existence and the theme continues at the rear, where multiple surfaces ensure that there is drama to an otherwise simple hatch door. But what will be the talking point of the design is the racing snout – an unashamed tribute to Formula One and F1 inspired machines like the Mercedes-Benz SLK and the McLaren-Merc. The moral of the story? You don’t have to spend  billions to run a Formula One team to design cars that are inspired by it. Hyundai wins, Honda loses.

Interior and comfort
This is as well thought out and laid out a hatchback interior as it can get. Period. Large and easy-to-read dials, comprehensive instrumentation (including a trip computer), pleasing two-tone plastics and a very ergonomic seat-pedal-steering layout ensure that you feel immediately comfortable in the car. A supremely adjustable seat helps matters too. Like most modern cars, the i20 offers iPod and USB compatibility, which amongst other things, encourages people to illegally download songs… a wrongdoing that we have come to terms with, right? The seats are comfortable for hour-long stints behind the wheel and the rear ones fold flat – making the i20 a really useful load mover. The dished-out, twin-tone steering wheel mimics that of the Honda City and Civic (complete with a ‘H’ logo!) and offers good grip and feel. On the negative side, the rear leg room is not something to write home about and the slightly sloping roof, along with that thick C-pillar, can make rear seat occupants feel disadvantaged. Mind you, I did not use the word claustrophobic here, because it is not that bad.   Engine and performance
These are tough times and not many people who buy a hatchback are looking to burn rubber. Economy is important and so is one’s carbon footprint (what better way to sound socially correct at parties?). Keeping those facts in mind is important if you want to defend the choice of only the 1.2 Kappa engine for the Hyundai i20. It displaces a modest 1197cc and develops just about 78.8 bhp at 5200 rpm which adds up to 66 bhp per litre – not very impressive. Ditto with the torque, 11.4 kgm at 4000 rpm. Not surprisingly, the test figures are not what can challenge the best from Italy, with 60 kph coming up in 6.02 seconds and 100 needing 14.83.

At this point, it may be appropriate to mention that the little A-Star from Suzuki has marginally better performance. Sure, the i20 will eventually touch 156 kph but the fact remains that this car feels under-powered. It does the purpose of hauling metal and returns suitably impressive (11 kpl in traffic with AC on) fuel consumption figures, but this is not a fun car to pilot. Making the powertrain slightly more limp are the gear ratios, suited for developed nations with vast expressways rather than bumper-to-bumper traffic that leads you to ITO and Worli in Delhi and Mumbai respectively. Maybe a more potent diesel will come along to fill in the performance gap sooner than later. But if what you are looking for is economy and refinement rather than driveability and outright performance, then you have nothing much to worry about. Though you do wish that the i20 would shed its suit and tie and come out wearing a cape and red undergarments – because it has the underpinnings to be a super hatch.

Ride and handling
Like the Getz and most of the small hatches of this world, the i20 rides on McPherson struts up front and a torsion beam rear axle at the back. And it works well with the overall wide stance of the car to offer confident if not awe-inspiring handling. The steering wheel does not come across as accurately calibrated (perhaps it was the test car) and that results in slightly lethargic turn-ins. Thankfully, the performance on offer from the small 1.2 motor is not enough to challenge the laws of physics. Ride quality is better than that of the Getz and the car can handle most bad roads without the driver having to Google every now and then for new swear words. Despite the disc/drum setup, the brakes are good and the Asta models with ABS and EBD are the ones to go for.

Verdict
The i20 is a great car that is coming at the wrong time. If it was endowed with a more juicy powerplant (with maybe 100-odd horsepower or a torquier diesel motor) things would have looked even more upbeat. But it is still a commendably well thought-out machine that looks stunningly good. The mid-level Asta model with twin-airbags, ABS and airbags is the car I would recommend here, though the top-end model is worth the price thanks to curtain side-airbags on offer. It is versatile and economical to run too. So what if it won’t stir your soul on Sunday mornings – despite that F1 snout. I am not so sure whether certain Genesis driving Californians would agree, still.