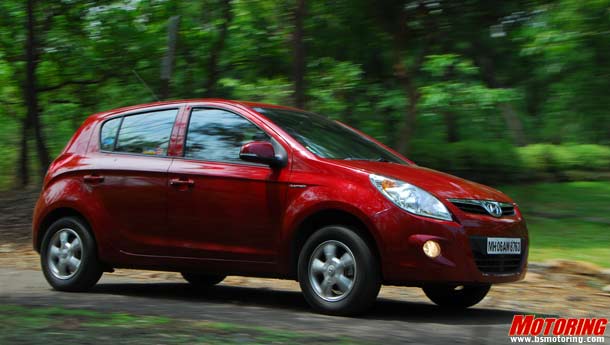 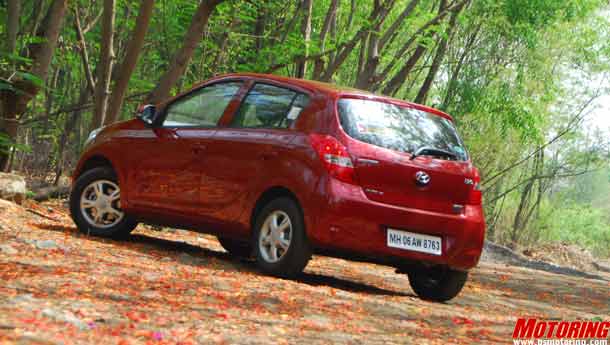 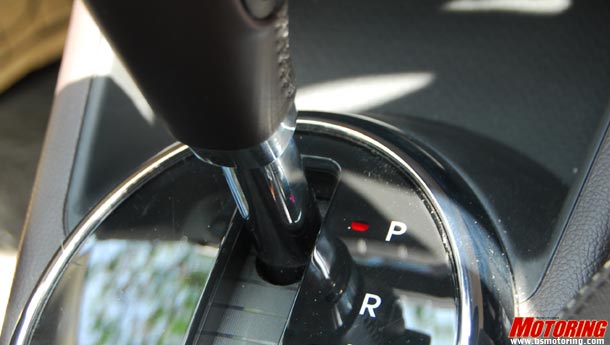 Those who want an automatic hatchback should thank Hyundai’s export commitments. Because they produce the automatic versions of the i10 and i20 for other countries, they pass along some to the Indian market as well. Otherwise where do you go if you want an automatic hatchback? Maruti Suzuki had the Wagon R AT, but the nation’s largest carmaker doesn’t think giving automatic small cars to Indians is worth their while. So if you want one, you have the choice of two cars, depending on your budget.

The i20 comes with a four-speed automatic that sends power from a bigger 1396cc inline-four to the front wheels. (So no excise duty benefits for the AT customer to help cut this car’s huge price-tag – it retails at Rs 7.84 lakh in Mumbai). The gearbox would sap all the effort of the smaller 1.2 motor in the heavier i20 anyway.   Developing nearly 100 horses (98.6 bhp) at 5500 rpm and 13.9 kgm of turning force at 4200 revs, this motor would have been a great partner to the i20’s five-speed manual gearbox. Here, the automatic tranny is a lazy friend to the peppy powerplant. For most purposes, the gearbox does its duty as expected – it makes the commute effortless and upshifts and downshifts at its own pace. In other words, it’s a gearbox with the mind of a city commuter. What it doesn’t do is match your enthusiasm for redlining and winning the traffic signal grand prix. It is not an intuitive unit and does not understand your urgency. The only way out is downshift to 2 while overtaking, for instance. Its relaxed nature shows in the timings. The i20 takes all of 7.3 seconds to touch 60 kph and 15.43 seconds for attaining the century mark. Mid-range times are also as expected: 12.1 seconds for the 80-120 kph dash, and 18.4 for 100-140 kph. You can get a teeny-weeny bit more responsiveness from the powertrain if you put O/D off, and that’s about it.   The steering is devoid of feel even at high speeds; you can look at it positively as being effortless on your arms – goes with the general relaxed behaviour of the gearbox, doesn’t it? And I found the pedal placement also a bit off, with both the brake and accelerator pedals jutting out a bit too much for comfort. But these are mere quibbles if you or your wife wants a quality hatchback that’s decently spacious and takes the effort off your daily road drudgery. After all, you don’t have much of a choice, right?