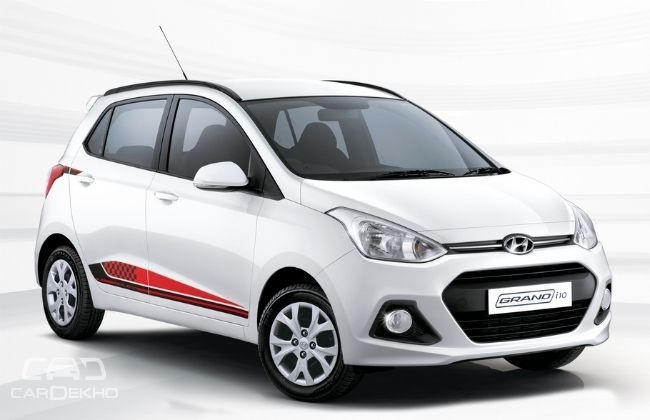 Hyundai is celebrating its 20th anniversary in style and after the recent launch of the special edition Xcent, it has now introduced a special avatar of the Grand i10. Based on the Sportz mid-level trims, the petrol and diesel variants are priced at Rs 6.05 lakh and Rs 7.06 lakh respectively (ex-showroom, Ahmedabad). 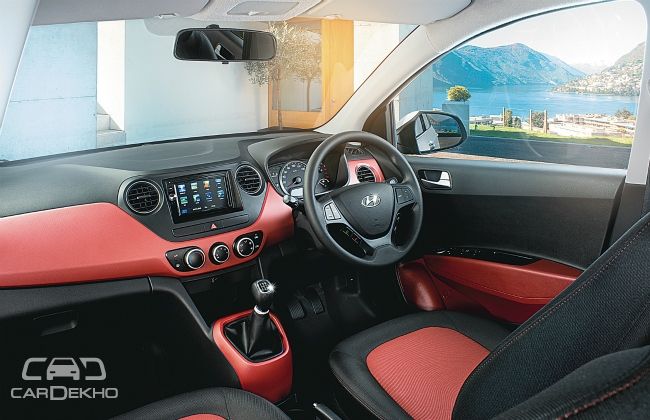 Hyundai has said that the special editions of the petrol and diesel Grand i10 will offer benefits of upto Rs 55,000 and Rs 66,000, respectively. Some of the upgrades include the addition of a 6.2-inch touchscreen infotainment system, red side body decals, hubcaps, blackened B-Pillar, rear spoiler with integrated brake lights and a special edition badge. The interiors are also tuned to be sporty by giving them a red-black dual tone colour theme.

Related Read: Hyundai Introduces Airbag in Base Variants of Grand i10 and Xcent

The changes introduced are similar to the ones in the special edition Xcent. The sedan too received a 6.2-inch touchscreen audio system with the 20th anniversary badge at the rear. Mechanical and transmission duties are kept unaltered (just as in the Xcent) and the 1.2-litre petrol and the 1.1-litre diesel engine has been carry forwarded.

The carmaker organised the ‘Mega Experience Hyundai Program’ to express gratitude towards customers on its 20th anniversary. The programme consisted of free check-ups for Hyundai cars at places such as malls, residential societies, parking lots and petrol pumps ito facilitate maximum engagement.