Hyundai Getz - Hatch me if you can 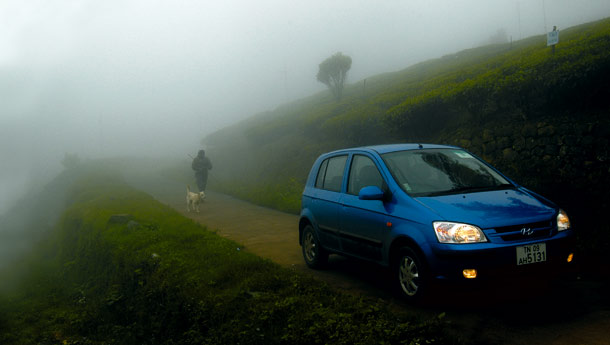 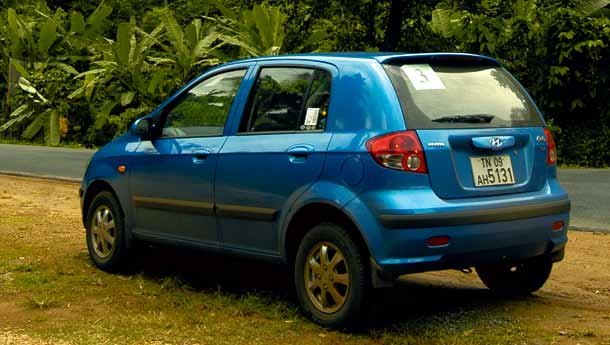 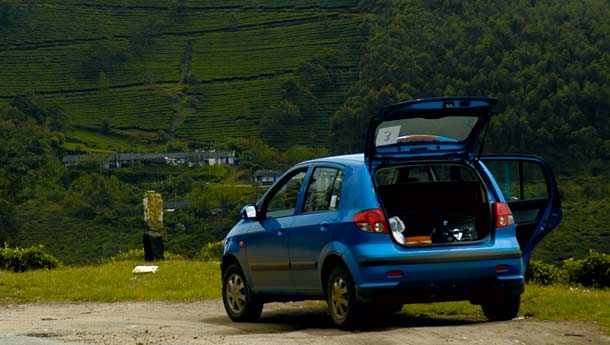 The 150-odd km from Kochi to Munnar is no great shakes if you take it cool. But when you are in the mood to push a car, it gets absolutely demanding with numerous corners created by God for his own drivers. An hour into the test drive though, I was still getting to grips with the car I was driving – the new Hyundai Getz. It was not exactly very quick, nor was it exceptionally fast but I had other things to worry about. Like the country’s most literate population all determined to jump in front of my car. They were more determined than the creatures in M Night Shyamalan’s Village and they came riding, driving or mostly walking.

There was reason to worry when an autorickshaw, making a sharp U-turn, forced me to test the limits of braking on the Getz. And I was shocked beyond belief when a postal van, on the wrong side of the road, facing the wrong way, seemed to be piloted by a madman intent on watching a brand new car come around the bend and crash into him. Before I got too excited, Baiju, the editor of the one and only regional language motoring magazine in the country, Top Gear, calmed me. ‘Don’t expect road users to do rational things,’ he said. Or something to that effect. Words of wisdom from a man who was not at all amused to see an Ashok Leyland bus that filled our windscreen with a destination board that read ‘hell.’

Accidents are on the rise in God’s own country and some studies say someone gets injured or killed on the roads every eight minutes. Pray Hyundai, you couldn’t find any other test-drive route, or what?

Actually, things improved a great deal once I got the hang of things. And the route was tailor-made to help understand a new automobile. The rain-swept (but still in pretty good shape) roads tested the suspension for ride quality, fast sweepers ensured that on-limit handling could be assessed and the slow and steady run up to Munnar ensured that the 1341cc engine and its 82 horses worked real hard.

And as the pics show you, Munnar was at its very best, the sun playing hide and seek with the mist, as we tackled some of the best rally terrain in the country. I can ramble on about Munnar, Thekkadi and Keralites, but I do have a bigger responsibility here, that of giving you a report on the car.   Looks
The Getz was as contemporary as an European hatch could get when it was launched in 2002. It’s almost as tall as the Santro, but is wider and is exceptionally well built. The car looks rather ordinary when seen from the front, with its not-so-adventurous headlamp/grille treatment. But its profile comes across with some individual identity while the looks get stunningly modern when seen from the rear three-quarters. The intrinsic folds and creases in the metal here lend it an air of sophistication and crispness. Add to this fit and finish levels that befit a Honda more than a Hyundai, and you have a car that oozes quality standing still.
Exterior: ****

Interiors
This is seriously one of the best cabins I have encountered in a long time. Hyundai has given the Getz a premium feel by using surfaces and finishes that looks far more expensive than what the price tag of the car suggests. The three-spoke steering wheel is typically Hyundai and feels meaty to hold. The instrument binnacle is clutter-free and is easy to read, while the centre console is finished in a faux aluminium bit we haven’t seen in any Indian car yet. The air-con vents work very well and look as if they were inspired by Venetian blinds. The seats could have been firmer to make them more comfortable over long distances, though. But as a city car, the Getz’ cabin rocks and the top-end version comes equipped with a CD-player. More importantly, it is the space available inside that makes the Getz a grown-up hatch, and I am glad to report that every inch of the cabin has been put to good use in a diligent manner. The only negative point goes for those massive A-pillars, required these days to meet European safety standards. The problem is, as I found out on the winding roads leading to Munnar, they create a blind spot on either side, big enough to hide an elephant, let alone cars and two-wheelers bearing down on you.
In-decor:****

Powertrain
Fuel-efficiency is important for any car to succeed, and especially so in our country – I wasn’t expecting Hyundai to launch the Getz with a 1600cc engine in any case. The current motor comes from the Alpha family of Hyundai (read – not exactly a new millennium motor) but has been downsized to displace just 1341cc and generate 82 bhp at 5500 rpm and 11.8 kgm of torque at 3200 rpm. This is a very civilised engine and one that is mapped to return a sureshot 12 kpl, even within the city. The motor is extremely driveable, so much so bumper-to-bumper traffic won’t be a headache – yes, this engine makes the Getz a great commuter, and even possibly a relaxed inter-city wafter. What it is not good for is aggressive pedal to metal driving and the gear ratios, I feel, are equally to blame here. Trying to push the GPS II tyres to the limit, I found the car sitting in the wrong gear and running out of puff well before I reached my modest targets. Talking of rubber, the Goodyears are yet another weak link in the performance equation, with very little progressive give and ride quality that is bound to be disliked by those who are used to softer compound rubber. Change the tyres at the dealer level if you really want better ride and more predicable handling from the Getz. I’m sure the friendly neighbourhood Goodyear man will be glad to offer you something softer and better.

I am not sure when Hyundai is going to offer the Getz with more  firepower (which would affect the power-to-weight ratio positively), but be prepared for the upcoming CRDi diesel version which is bound to be more fun to drive (thanks to all that early torque) and yet frugal. For the time being, the base powertrain gets full marks for refinement and fuel efficiency and that is exactly what most Getz buyers would be looking for from their car.
Powertrain: ****   Ride and handling
Independent suspension up front and a twisted axle setup behind is sufficient to ensure good results in a car that’s as wide and as long as the Getz. So it isn’t surprising to find the car offering plush ride and neutral handling from the word go. The rear seat ride quality is not as good as say, the Accent, and could have been fine-tuned a bit more for the sake of those who would employ the services of a chauffeur. As mentioned above, the tyres are a weak link now and once that is sorted out, one can expect the suspension bits to work to their full potential. There is a hint of understeer, typical of front wheel drivers, and this might get to be more pronounced with a bigger engine. This is no driver/enthusiast car, but it’s got enough weaponry under the skin to handle broken tarmac and even no-tarmac situations. The ride height has been increased marginally from international spec to tackle our speed-breakers – in case you were wondering.
Riding and handling: ****

Price and fuel efficiency
These are the prime reasons why some cars are a hit on Indian roads while others are not. At about Rs 5.4 lakh, on road Mumbai for the top end version, the Getz is the perfect machine to graduate to if you have been driving a Santro and want something slightly bigger, but not a three-box sedan. Thanks to that fuel-sipper of an engine, the Getz returns 12 kpl even in traffic and can stretch that figure to 15 kpl on highways.
Price, fuel efficiency: ****

Verdict
Another success story for Hyundai in India? Well, the success of cars such as the Hyundai Santro was thanks to brilliant products backed by an excellent communication strategy. The Getz, being an unconventional car, can really do with effective communication – a tad more than what the Santro needed. As for us at Motoring, the Getz is an important car and one that could very well be our Car Of The Year 2005. Now, that is another story altogether, right?

Buy one if you want a refined automobile that has all the space you require in a city environment and one that can double up as a decent inter-city shuttle on weekends. It is no pocket-rocket, but it will suit your pocket and is engineered as well as any other new-age automobile.
Overall rating: ****