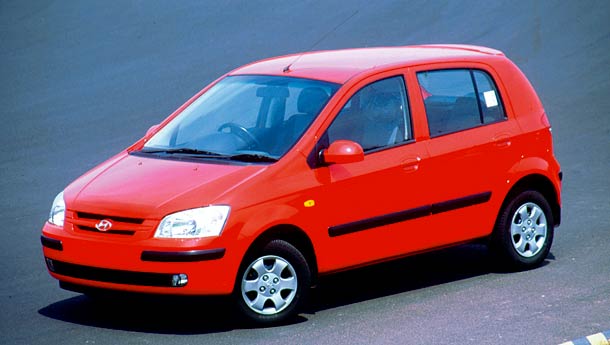 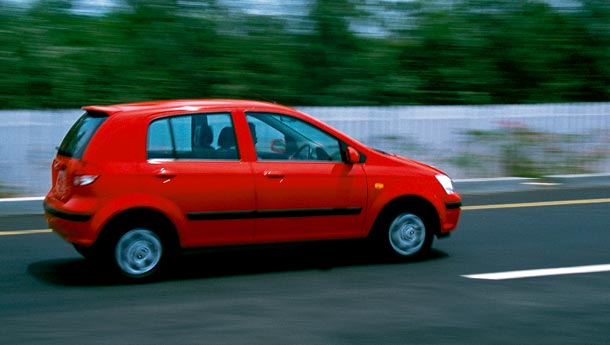 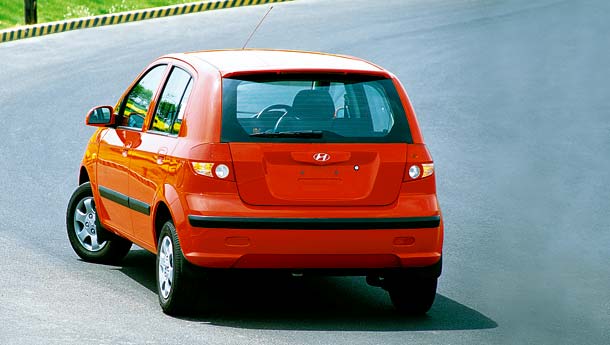 Driving the Getz towards the skid pad at one end of the Hyundai test-track at the Irungattukottai plant, I sight something unbelievable and jam on the brakes. No drama, no stunts, the Getz comes to a halt without protest, but that, at this moment, is besides the point. What I saw was a Honda Jazz, yup, that bug-eyed hatchback version of the City, here, on the outskirts of Chennai. I did a quick about turn and followed it, only to find a Toyota Yaris also parked there. What’s going on here?

There are several Koreans, perhaps from R&D, standing next to both cars and fiddling around with them. I try speaking to them, I ask them many questions, but either they don’t understand English or didn’t want to understand English. I then ask them if I could drive the Jazz – the answer, as expected, is negative. Somehow they understood that question.

The very fact that the Jazz and the Yaris are rubbing shoulders with the Getz makes me rub my hands in glee. Now, I have always wanted to buy the Jazz for myself. I think it makes for a fine city/family car, and has all big car attributes without occupying big car space. It’s the right kind of car to upgrade to from an entry-level B-segment car, especially if you don’t want a three-box sedan. I simply can’t wait for Honda Siel to launch it in India. Or for that matter,Toyota Kirloskar to launch the Yaris in the country. Or even Hyundai Motor to launch the Getz here. Unlike the other two, at least I have driven the Getz. So will I buy it? You’ll have to read on for that.   To me, the very dimensions of the car make it interesting. It may not look so, but the Getz is indeed  bigger across parameters than any of the hatches around, including the Tata Indica and the Fiat Palio. The reason for that is contemporary architecture and brilliant packaging built on a wheelbase that’s actually longer than sedans like the Accent and the Esteem. Quite unlike heavily curve-laden and gawky traditional Korean automotive design, the Getz is Euro-chic, which means straightforward, uncomplicated lines that don’t look as if they will age in a hurry. The thick C-pillar, for instance, is a classic European touch, however the lightcatcher running along the waistline is typically Hyundai – Accent, Elantra, see what I mean? By the way, don’t the taillamps remind you of the Matiz? And in that particular shade of red, the Getz looks quite alluring. Put wider rubber and chunky five-spoke alloys, and the car will redeem the presence of those prominent wheel arches and will look the part.

The European styling is carried over inside as well, beginning from the instrument console with its large instruments and a digital trip meter and clock. The overall layout is simple and straightforward, and it feels solid and well-built – a European attribute again. This particular Getz belongs to Hyundai’s R&D, and since the manufacturer is currently checking out how to get it into production with indigenous parts, some of the plastic sections are non-standard, and curiously, it doesn’t have any badging at all. Even the steering wheel looks like it’s come off the Accent. Like most modern cars, the base of the raked windshield is placed far yonder, and the dash stretches to eternity. Plus, with the thick A-pillar, you know that this is going to be the state of things in all future cars to be launched in the country. No complaints, it’s something we will eventually get used to and more importantly, it’s an outcome of passive safety engineering.

The test car was powered by Hyundai’s Alpha 1341cc four-cylinder unit, which was good for 82 bhp at 5500 rpm and 11.9 kgm at 3200 revs – output figures which are usual in engines of this size. When Hyundai eventually launches the Getz, expect this motor to be the base, popular version. They may also launch two more interesting engine variants: the 1600cc Tornado engine and the three-cylinder CRDi unit borrowed from the Accent. With these three engines, the Getz line-up will be quite formidable.   Back to our Alpha motor then. It’s quite smooth and refined, and shifting it across the five forward gears, you get the sensation that this is an unhurried engine. The gear ratios are well-placed, and they are more suited to urban driving. First gear will take you up to 50 kph, second to a little less than 90, but the magic is in the third. This is the gear you will be in most of the time in urban driving and is elastic in its performance. You can take it all the way up to 123 kph and crawl at 30 kph, if need be. And it has adequate torque to overtake on highways.

Yet you have a choice, you can drive the Getz 1.3 sedately and it will offer you a comfortable, relaxed drive. Alternatively, you can redline it to 6000 revs and watch its character change. The engine note becomes more expressive and there seems to be a manic glint in the Getz’s eyes. The gearbox allows for enthusiastic shifts and slots perfectly well. Suddenly, the Getz gets the capability to induce one grin after another – you can flick it around and attack corners with gusto, the Getz will respond to your request faithfully without hesitation. The confidence comes from the fact that the Getz is a Euro-centric car, and generally, Europeans insist on mature ride and handling characteristics even in their smallest of cars. Which is perfectly fine by us. Though we didn’t test the car’s handling, the Getz feels quite competent, without losing its poise when subjected to some hard cornering. Besides, it is fairly well-sprung and the ride is comfortable without being soggy. Also remember, its longer wheelbase also helps. The suspension setup on offer is McPherson hydraulic struts up front and semi-independent torsion beam and gas struts at the rear, and it rides on Goodyear GPS2 175/70 13” radials – tubed, not tubeless.

After hearing so much about the Getz, I had many expectations. And after this initial driving impression, it has exceeded them. It’s just the car India needs right now, and I suppose even Hyundai too. After all, there are 3,93,930 Santros on the road today, and not all of their owners are going to graduate to three-box sedans, right? And even if Hyundai thinks the Getz will cannibalise Santro sales (which somehow don’t seem to flag even now), it may not happen. Every year, Maruti sells about 1,50,000 800s, and you know how long it’s been selling – not all of them are going to graduate to Wagon Rs and Altos, right?

The grown-up B-segment market is just waiting to happen in the country, and Hyundai Motor India has the right product – and right engine variants of the product – to gain leadership in this segment. Price? How about Rs 5.5 lakh? Work is going on in full swing to get the Getz into production and indications are that it will be launched by July or August this year. I promise I won’t wait for the Jazz or the Yaris to come along.