Hyundai from the Santa Fe to the Eon 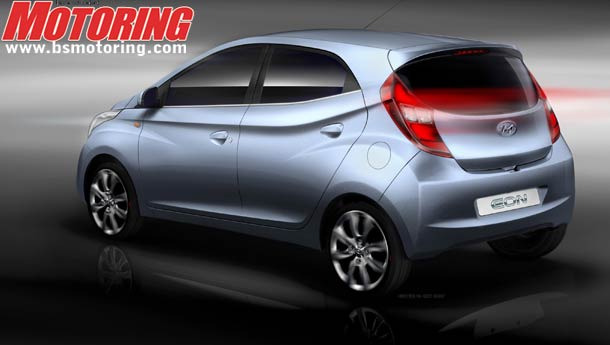 With an eye on shoring up volumes, the country’s second largest car maker Hyundai Motor India Limited (HMIL) is looking at introducing a complete line-up in the domestic market over the next three years.

While the company brought in premium sports utility vehicle Santa Fe to draw in consumers at the upper end of the spectrum in October last year, it is now looking at revving up numbers by foraying into the small car market with the introduction of the Eon on Thursday.

Arvind Saxena, director (sales & marketing), HMIL, says “The way the Indian market is structured we will continue to focus on the compact car segment to bring in the volumes. But over the next two to three years, we will launch several products across segments to plug in the gaps and strengthen our presence in the Indian market.”

The company at present has 16 per cent market share in the small car segment with the Santro. The Eon is expected to beef up HMIL’s volumes in this category and take on the likes of Maruti Suzuki Alto.

H W Park, president and chief executive officer, HMIL is confident that the Eon would set a new benchmark with regard to styling, performance, safety and convenience in the domestic car market. “The car will provide the best-in-class design, quality and technology to its customers”, he says. For one, the Eon is wider and taller than the Alto. The car is further said to have fuel efficiency of 21.1 kmpl, as compared to 19.73 kmpl the Alto offers.

According to the Society of Indian Automobile Manufacturers (Siam), 297, 384 cars were sold in the mini segment (cars with a length of less than 3,600 mm and having engine displacement up to 1 litre) between April and September this year. Rivals MSIL, with M800, Alto, A-Star and WagonR, has 79 per cent share in the segment, whereas General Motors (Chevrolet Beat) accounts for around five per cent of sales in the segment.

Hyundai with sales of over 100,000 units of the i10 and i20 till September this year, has 27 per cent share in the premium hatchback category. In the midsize segment, the company has stirred up a storm with a refurbished Verna which was introduced earlier in May this year. The Verna has thrown a serious challenge to the likes of Honda City and Volkswagen Vento in the midsize sedan market.

At present, Hyundai has 20,000 bookings for the Verna. In fact, between April and September this year the company’s market share in the segment has shot up to over 26 per cent from the earlier 15 per cent post the introduction of the refurbished car.

HMIL is working on shifting production of cars, meant for exports to European markets, to its facilities in Czech Republic and Russia to cope with the demand in the domestic market. In 2010, domestic sales of HMIL increased by 23.1 per cent at 3,56,717 units, while exports from India declined by 8.5 per cent at 2,47,102 units. The company is targeting to sell about 400,000 units in the domestic market this year, while exports sales are expected to fall to about 2,25,00 units.