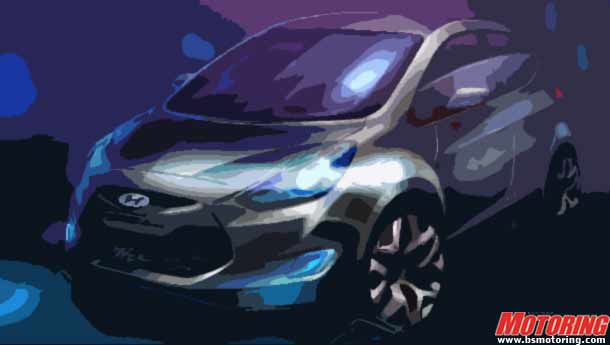 Hyundai Motor, South Korea’s top carmaker, said on Tuesday it would launch its second pure electric car next year based on a small sports utility vehicle made by its affiliate Kia Motors.

Last week Hyundai unveiled its first pure electric car, BlueOn, which is based on its i10 hatchback, which will be rolled out in Korea this year.

All of the 2,500 cars will be powered by SK Energy’s batteries, he said.

Hyundai plans to sell those vehicles only to government organisations in Korea by 2012, a Hyundai spokesperson said on Tuesday.

Commercial sales of Hyundai’s electric vehicles will start in 2013, but which models will be sold in which markets has not been decided, the spokesperson said.

“There is a high possibility that the CUV model will be sold to the general customers starting in 2013,” the spokesperson said.

Hong said Kia plans to introduce a gasoline-based CUV in September 2011, and Hyundai plans to launch an electric-version of the model in December that year.

He also expected prices of electric car batteries would fall “faster than expected”, without elaborating.

Expensive electric car batteries have been cited as one of the biggest hurdles for the takeoff of the emerging market.

Seoul earlier announced its plan to replace 20 per cent of the country’s passenger cars with electric vehicles by 2020 with a goal of leading the emerging market.

Toyota readies electric car offensive
Toyota Motor Corp will offer a plug-in version of its Prius positioned to be the cheapest green car of its kind by 2012 and could have two electric cars in the US market by that time, executives said on Monday.

In addition, Toyota plans to add six hybrid vehicles to its global lineup by 2012, an increase that would give it a total of 20 models that use batteries and regenerative braking to extend fuel economy like its market-leading Prius.

Toyota has taken a slower approach to rolling out all-electric and plug-in hybrid vehicles than rivals like Nissan and General Motors.

But the product plans unveiled on Monday show how the world’s largest automaker has been working to bounce back with a range of partly or all-electric cars in its largest market after setbacks with a series of damaging safety recalls.

In a challenge to General Motor’s upcoming Volt, Toyota product development chief Takeshi Uchiyamada said the automaker would aim to have a plug-in version of its Prius priced “so close to the current version that customers really have to hesitate and think about it.”