Hyundai Creta gets over 1 Lac bookings

More than fifty thousand Cretas have been sold to date and almost a lac customers are currently waiting for it, Hyundai Motor India (HMIL) reported on Tuesday. The carmaker also announced the increase in monthly production for the same by thirty per cent (13,000 units), in a bid to reduce the waiting period.

Commenting on the milestone, YK Koo, Managing Director & CEO, HMIL, said, “We thank our customers for the tremendous response with the record fastest one lakh bookings in eight months. Like in the domestic market, CRETA has generated a great response in Global markets with more than 28,000 orders. To reduce the waiting period, we are increasing CRETA production by thirty per cent to total production of 13,000 units of which 10,000 units will be allocated for the domestic market.” 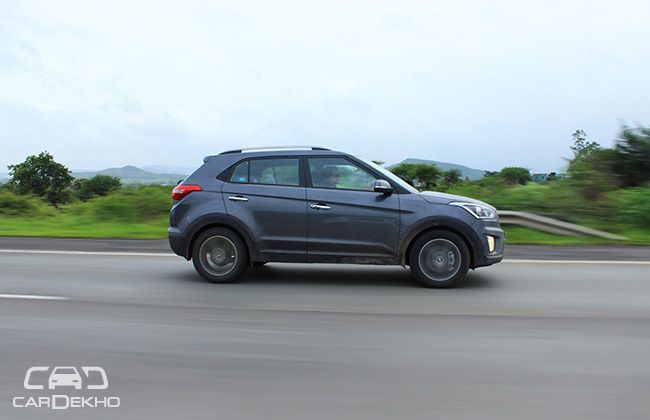 Besides the Indian market, the compact SUV has also received a good response in global markets such as Latin America, the Middle East and Africa. “Hyundai will continue to maintain its leadership position in the export market with the strong sales of Creta,” read a statement released by the manufacturer.

Priced between INR 8.59 and 13.6 lacs, the Creta competes against the likes of the Renault Duster, the Ford EcoSport, the Nissan Terrano and the recently-launched Maruti Suzuki Vitara Brezza. It is available with three engine options – 1.6 Gamma Dual VTVT petrol, 1.6 U2 CRDi VGT and 1.4 U2 CRDi diesel. It is also the first car in the segment to offer a diesel automatic variant, featuring a 6-Speed autobox.