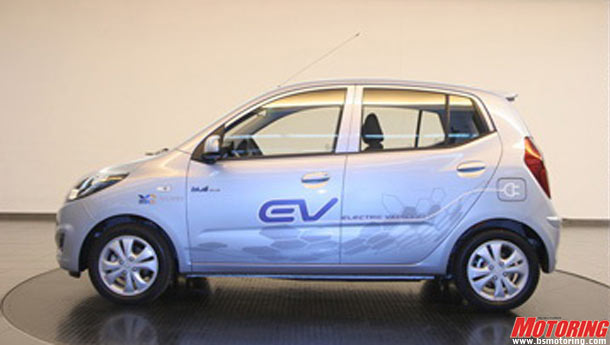 Say hello to the Hyundai BlueOn, the first ‘full-speed’ all-electric vehicle to be introduced in Korea. The ‘full speed’ part is included due to the fact that it can do 130 kph when pushed to the limit and it can do 140 km on a single charge, if driven more sedately.

No slow poke small car, this one. The BlueOn will feature a Virtual Engine Sound System (VESS) as well, which is, basically, a big term for something that recreates an engine sound artificially for the safety of other road users. More importantly for us, the exteriors will closely resemble the next i10 coming to India. Besides the new i10, the Korean major has also unveiled the all-new ix20 MPV in Paris.