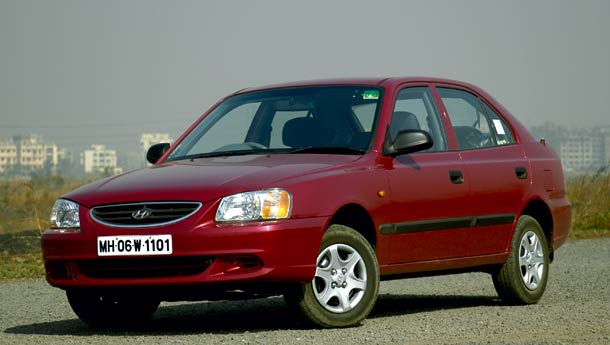 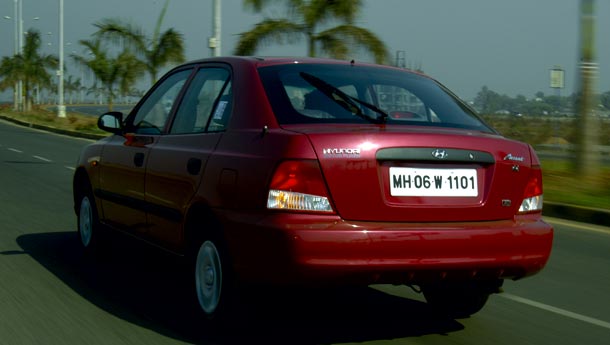 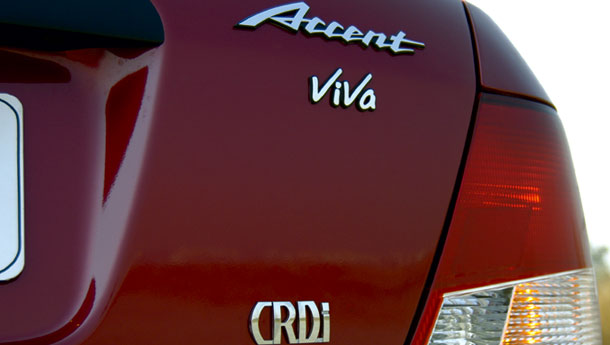 I have a nice new theory. Sedans are from Mars and notchbacks are from Venus. What else can explain the startling change of character when a boot is chopped and a hatch door is added to a sedan? Why would anyone do that? A reasonable explanation would be that it gives the best of both worlds, but by that logic, it should be a classic compromise too. But to my eyes, a notchback looks absolutely Euro-chic and brings in that element of sportiness to the otherwise boring family car equation. (Quick, which was the first diesel-powered notchback in our country? Can’t get it? Well, it was the Peugeot 309 GLD. That car and its engine were built to last – alas the company that built it in India didn’t.)

By plonking the incredible Detroit Diesel powerpack under the bonnet of the good-looking Viva, Hyundai India has produced an utterly desirable automobile. Despite the fact that the nice and aggressive Viva grille was substituted for the smiling visage of the sedan. Now, you are used to hearing things such as ‘practical,’ ‘value-for-money’ and even ‘reliable’ when we are talking about Hyundais – but ‘desirable’? It is no sledgehammer supercar, yet, allow me to assert this point, it is no humdrum sedan either. That makes it one Hyundai, this side of the stylish Tuscani coupe, that you can actually yearn for. More so if you have a minimum of 50 km to commute every day.   The problem is the price tag – at close to Rs 6.5 lakh on-road, the Viva CRDi is not a cheap piece of kit. By powering more cars with the common-rail diesel units, Hyundai is trying to solve the problem – the more CRDi engines they build, the cheaper list price of cars will become.

Start her up and there is no mistaking that it is a diesel car – the three-pot (can’t get away from that fact either) motor does make enough vibrations and noise. But once things warm up you certainly tend to forget what fuel is being burnt under the hood. The CRDi is good at providing lots of useable performance and even rewards enthusiasts with second gear wheelspins. The only area of concern is the steering, which has got no feel whatsoever and lets the front end of the car float as you pin it into corners. Add to that torque-steer which makes life miserable if you are used to petrol-powered cars. The clutch feel is slightly heavier than its petrol cousin too.   But those minor cribs fade when you get a good stretch of road and floor the throttle – I have said this before and don’t really mind saying it again, the CRDi pulls away like a V8-powered American muscle car. Alright, it’s not as quick or fast, but the seat of the pants feeling is very similar. Incredible, yet true, it is more involving a car to drive than almost everything else available in the segment. Add to that ride quality which is
very acceptable and you have a decent package.

Hyundai also gives the car a rear wash-wipe (notches need them) but frills such as alloy wheels (they can sort the front end, somewhat), fog lamps and audio system are missing. The last mentioned, a serious must in every diesel burner in the world. Also this car can’t even be considered for rear seat space – because it is quite limited.

So this fun-to-drive, good-looking, economical diesel notchback makes a good case, if not a really compelling one. Unless of course, you commute from Mars to Venus, or similar distances every year.