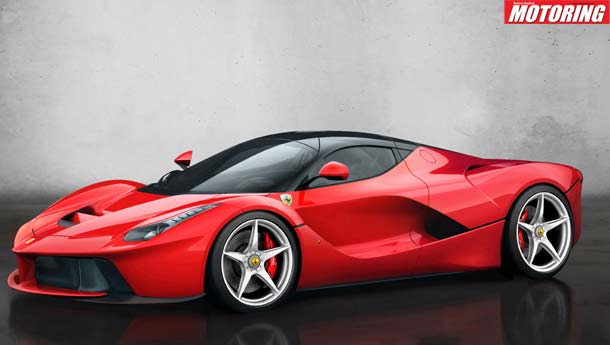 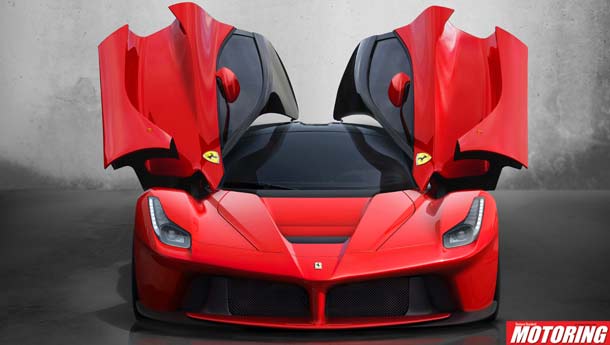 Billionaire industrialist Ratan Tata pored over every inch of the new million-euro LaFerrari on the Italian supercar maker's stand at the Geneva auto show.

But will he buy one?

"I don't have the money," Tata joked.

The issue is moot: every one of the 499 LaFerraris slated for production is already spoken for. Sergio Marchionne, chief executive of Ferrari's parent company Fiat, says he has reserved one of them.

The LaFerrari is perhaps the most electrifying debut at this year's Geneva show, and not only because of its sleek carbon-fibre body or its top speed of more than 350 kilometres per hour (km/h).

It is one of a new breed of hyper-hybrid sports cars, combining powerful gasoline engines with electric motors.

But why would Ferrari - so famous for its prancing pony badge on thoroughbred gas-guzzling supercars - install a hybrid powertrain in a performance car?

"Two reasons," says Di Montezemolo. "The first is that we always aim to improve our driving experience. The second is that we need to meet CO2 emission standards."

The LaFerrari joins an elite fraternity that includes Volkswagen's Porsche and Formula One stalwart McLaren, which on Tuesday unveiled the production version of its new P1 sports car.

As Porsche has done with its 918 Spyder, Ferrari and McLaren have adapted advanced technologies from their motorsport programmes for these exotic street-legal sports cars, notably the extensive use of carbon-fibre composites to reduce weight and increase structural strength.

All three use variations of a hybrid system originally developed for racing and which recovers and stores electrical energy, then uses it to supplement power from the petrol engine.

Increased performance is the main reason for adding these complex and expensive systems; both the McLaren and the Ferrari deliver a combined 900 horsepower or more from their gasoline/electric powertrains.

But "this is not about saving gas", argues auto consultant Jim Hall, managing director of Michigan-based 2953 Analytics. "It's about taking socially questionable projects and giving them a veneer of propriety and relevance."

Ferrari and McLaren will benefit from "the green image and the environmental implications of offering this technology", adds Tom Gage, CEO of California-based EV Grid and an expert on electric vehicles.

The addition of electric motors and battery packs on the new sports cars is more geared toward speed and acceleration than reducing carbon emissions.

In this instance, Gage says, the application of supplemental electric power "is instantaneous and smooth, and should improve the responsiveness and driveability" of the cars.

Porsche laid the foundation for the new generation of hyper-hybrids with the 918 Spyder, which made its debut as a concept car three years ago at the 2010 Geneva show.

Slated to go on sale later this year, priced from 6,50,000 euros, the production version of the car mates a 4.6 litre V8 engine with two electric motors - one in front and one in the rear - with a combined output of 770 horsepower and a projected top speed of more than 325 km/h.

The McLaren P1, which was unveiled as a concept car at last autumn's Paris show, uses a single electric motor combined with a twin-turbocharged 3.8 litre V8, delivering a combined 903 horsepower and a top speed electronically limited to 350 km/h.

The LaFerrari couples a 6.3 litre V12 engine with an electric motor, producing a combined 963 horsepower and a top speed in excess of 350 km/h, making it the fastest road-going Ferrari ever.

While none of the three will challenge the Toyota Prius for the title of world's best-selling hybrid car, they should at least begin to reshape the definition of exactly what constitutes a hybrid.

Until then, Porsche is content to label its 918 Spyder "the super sports car of tomorrow".