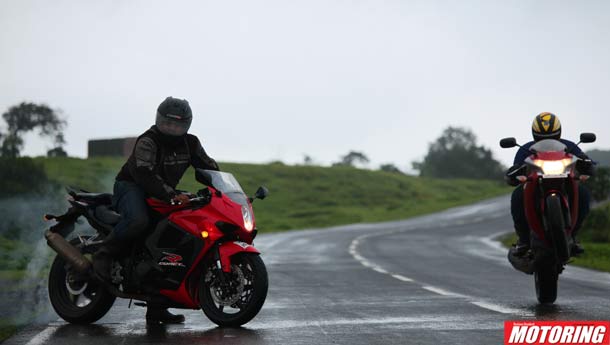 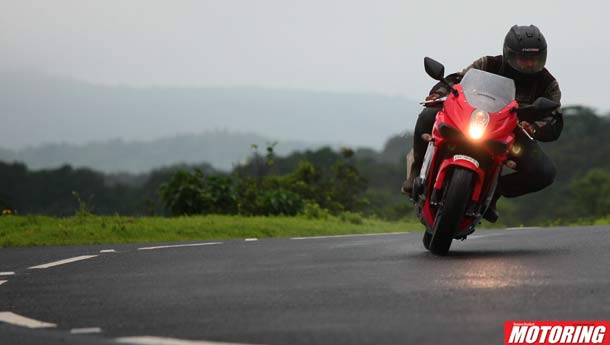 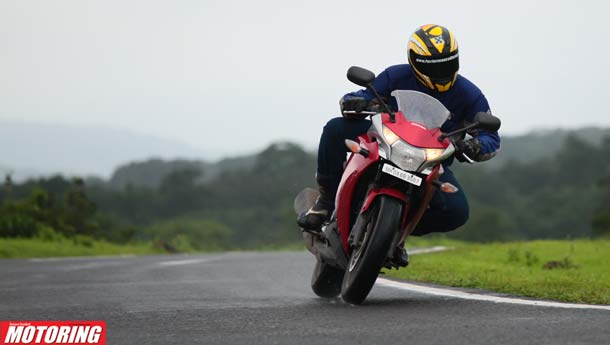 The riding position of the 916, some said, not only came in the way of exploiting the full potential of the motorcycle, but also came in the way of riding it in perfectly ordinary conditions. It took four WSBK season titles (1994-1996 and 1998) and then two more from the 996 (an evolved 916, essentially), at the hands of Carl Fogarty (1999) and Troy Bayliss (2001), for the 916 to entirely silence critics. The numbers Nine One Six gave Japanese manufacturers sleepless nights, year after year. ‘Uncomfortable riding stance? What?’

Such irreverence towards ergonomics is today referred to as ‘character’. Character, you must understand, is not just an oddball feature (in the case of Renaults, they’re referred to as ‘charming French quirks’) but an unconventionality that is but an ingredient in an otherwise brilliant package.

The Hyosung Comet GT 250R’s flawed ergos do not, by the above definition, qualify as character. A Ducati 916 may have been the god of wrist-kill, but it also had the ability to leave its competition in the dust. Does the Hyosung GT250R have that performance edge to overshadow not only its own ergonomic shortcoming but also its closest 250cc competition (the Ninja is due for replacement soon, so it’s not in the reckoning) – the Honda CBR 250R?

WHAT HAVE THEY GOT?

For years, Indian motorcycle journos have pleaded with manufacturers to launch a 250cc, multi-cylinder motorcycle with a twin-spar frame, USD forks, a monoshock, a bassy exhaust and a full-fairing. Hyosung’s GT 250R, on paper, is a complete fulfilment of these demands. It looks dated, but is in no way ugly. In 1995, the GT 250R would have looked like a rocket-missile, but not in 2012. The fuel-injected, 249cc, V-twin motor produces 27.61 bhp and 2.25 kgm of torque, and is mated to a 5-speed gearbox. Short of a sixth cog, the Comet is superior to the CBR 250R on every aspect of its mechanicals. On paper, at least.

The CBR 250R has one cylinder less, makes 25 bhp and 2.33 kgm of torque. The 249cc single-cylinder mill is fuel injected and mated to a 6-speed gearbox. As is evident, the Honda carries a 2 bhp disadvantage into this comparison, but a 21 kg weight advantage. And sports bikes, as we all know, are all about the power-to-weight ratio. In terms of design, we all know that the ‘CBR’ tag is a bit of a cheater since the, well, CBR borrows inspiration from the VFR. Not a bad thing, that, and the layered fairing looks quite contemporary without being in the uber futuristic KTM Duke mould. Overall, the Comet has the ‘big bike’ looks (and the exclusivity) but the CBR 250R scores in terms of design and build quality.

HOW ARE THEY IN THE TWISTIES?

That ergonomic shortfall I addressed in the beginning of this story comes into play here. The problem with the Comet is not that the riding position is too committed, no. The problem is that it is wrongly committed. There is a difference between a drag bike and a track bike. The handlebars on the Comet are angled well, and even droop just right, but the flaw is that they’re set too far forward. As a result, when you lean forward to grip the ’bars, not only is your back entirely stretched out (uncomfortable, naturally) there is way too much weight on your palm, wrist and too much tension on the elbow. This is unsafe for two reasons. Think of your elbow as a swingarm. When you ride over bumps, your elbow and wrist act as a suspension unit, filtering the undulations and helping you keep a steady grip on the motorcycle. On the Hyosung, since your elbow is almost entirely locked into position, riding over bumps when not expecting it can result in your hands being pulled off the ’bars. As you would have guessed, that is not going to end too well. Second, since the riding position is so stressful, your palms/wrists demand a breather much sooner than they do on a Yamaha R1. Every fifteen minutes or so, I grew a burning desire to let go of the ’bars because I just couldn’t take it anymore. So, unless DSK Motowheels-Hyosung is offering a free gym membership and some yoga training, or if you happen to have 30 inch biceps and arms that are about eight feet long, the Comet could be a handful.

That said, the Comet is surprisingly agile for a motorcycle of its bulk. In tighter, slower corners, the Comet is planted but closer to (and beyond) three-digit speeds, the rear suspension begins wallowing and robs you of confidence. Adding to this are the Shinko tyres, which, in corners wet and dry tend to forget their lines – something that can be unnerving if you’re not used to handling 180+ kg motorcycles. Braking is good all-round, thanks to the wide rubber and the twin-disc setup up-front and despite hard riding in the rain, there wasn’t a single hairy moment.

The Honda, especially if you happen to ride it right after stepping off the Comet, feels sporty but non-committal. The riding position, despite the fairly-rear-sets and the clip-on ’bars, is neutral although a bit too much so for my liking. Still, I like this better than the Comet because it encourages more rider input (which is fun) rather than opting for wrist-kill (which isn’t). Despite its apparent lack of commitment (refer Yamaha R15 and KTM Duke for more on the subject), the CBR is fun to ride. It’s a bit restive, yes, but not lazy. Around fast bends, the CBR demands total focus because the soft suspension lends the rear wheel a mind of its own. If you take your racing seriously, you won’t like the CBR too much although I find countering its lack of poise thoroughly enjoyable. Appeals to me, may not to you. Braking on the CBR is good though not excellent and because the handling isn’t entirely intuitive, spending those extra thousands on the ABS variant may prove to be wise if you’re new to the 250cc bracket.

While the Comet is the more powerful of the two, it is bulky. That, and the blunt throttle response work against the Comet in the initials. While it is eventually faster (147 kph, as opposed to the CBR’s 145 kph), it is over half a second slower than the CBR to 60 kph from standstill (refer numbers in the Motodata box). Also, the Comet’s throttle twist-grip (at least on our test bike) is too effort-inducing and opens a bit too wide as compared to the CBR’s. Why waste energy on something as elementary as opening the throttle? Isn’t riding a fast motorcycle demanding enough? The CBR, being a single-cylinder machine, obviously lacks the big-bike feel of the Comet, but rather than fretting over it, it revs freely and effortlessly and its overall refinement takes it to almost all acceleration benchmarks quicker. While on the subject of speed, I must tell you that while the CBR allows a full racing crouch, the Comet, with its massive fuel tank and too-forward-set handlebars, doesn’t. Round 3 goes to the CBR, then.

WHICH SHOULD YOU BUY?

This comparison is unfair, yes, but for whom? For Honda, because I’m pitting their affable single-cylinder motorcycle with a 2 bhp disadvantage against a V-twin that costs two times as much? Or for Hyosung, because I’m pitting a V-twin (obviously more expensive than a single) with USD forks and 2 bhp more against a locally made Honda? The math is simple. For the price of the 2 bhp more that the Comet brings to you, you can buy another CBR 250R for yourself or your best friend. Or, for variety, a KTM Duke 200, so you can have the best of both worlds. The V-twin in the Comet makes the right noises but lacks the outright punch that you would imagine a 250cc, 27 bhp motor to deliver. Also, while a naked version of the Comet would be cheaper off the shelf, it still wouldn’t be cheap enough to justify not buying a CBR 250R and a track-day special R15. Oh, and with the ZX-10R-inspired Kawasaki Ninja 250 (or even the recently unveiled 300, we don’t know yet) in the offing, you wouldn’t want to end up with a motorcycle that’s slower and less powerful, right?

Taking into consideration the above discussed points, in all fairness and clarity, I declare the Honda CBR 250R as the winner of this comparison test. Time to go put some hot laps on my KTM, then!