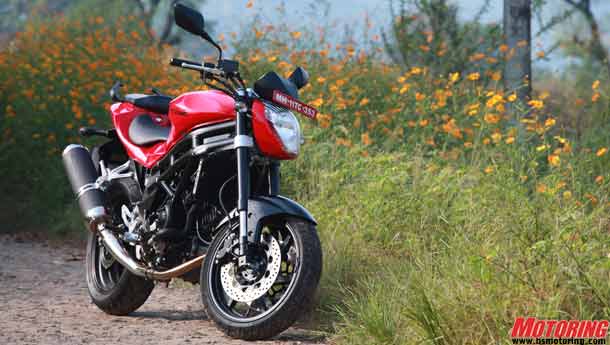 DSK Motowheels, part of the Pune based DS Kulkarni Group, which now assembles and sells the Hyosung superbikes in India, prefers Maharashtra over Gujarat and Goa to set up its Hyosung bike manufacturing plant in the country for logistical reasons.

The company plans to increase localisation in its bikes to 90 per cent over the next three to four years, thereby bring down costs by around 30 per cent, and a manufacturing plant is a step in that direction.

Besides, DSK is also mulling to bring in scooters and all-terrain-vehicles (ATVs) from Korea's S&T Motors' stable in to India in the coming years, and a local manufacturing plant is crucial for that.

"Both the Goa and Gujarat government showed a lot of interest and was keen for the plant to be constructed in their respective states, but logistically we want the plant to be set up in Maharashtra as there are a lot of factors involved in it", said Shivapada Ray, general manager, sales and marketing of DSK Motowheels.

Currently, the company assembles the Hyosung superbikes from the stable of Korea's S&T Motors at a small assembly unit at Wai in Maharashtra that can assemble 10 bikes per shift per day. DSK had acquired the motorbikes business of another Pune based company Garware Motors in June this year and the Wai assembly unit came as a part of that.

DSK plans to set up a 1.2 lakh units per annum plant over 70-100 acres with an investment of around Rs 400 crore. The new plant will also have small R&D centre. Ray informed that the location of the plant is yet to be decided. "We are in the process of finalising the place for the plant", he said.

As for bringing in scooters, electric scooters and ATVs into India, he said, "We may think of it. But this is only possible after setting up the plant. The scooter segment in India is based on pricing and the competition is stiff. We want compete with best but it is only possible after lowering the price by localising the products."

The Hyosung bikes have hardly any localisation now and the prices range in between Rs 2.79 lakh and Rs 5.8 lakh. They are imported as completely knocked down (CKD) units from Korea, attracting a customs duty of around 30-31 per cent including cess and surcharge, Ray informed. DSK is currently selling the GT650R, GT650 Naked, ST7 (Cruiser) and has recently launched GT250R in July. It plans to launch the GV650 in November followed by the GV250.

"The 200- 250 cc segment is the segment to watch out for in the motorcycle industry. This is soon becoming the power biking segment and is seeing growth at more than 100 per cent. It will continue to grow at tremendous pace with more and more products coming in to this space", Ray explained.