Hyosung Aquila GV650 review - Back in a GV 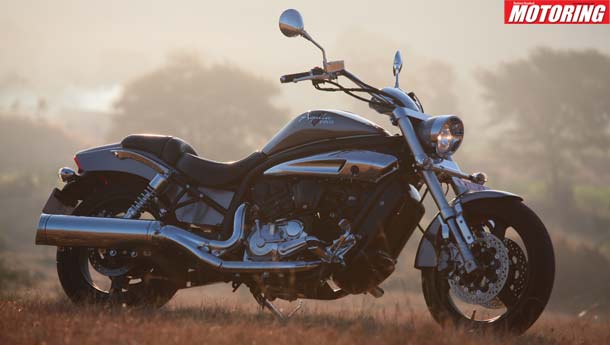 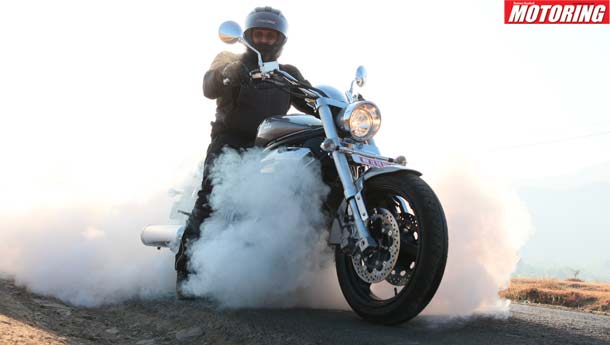 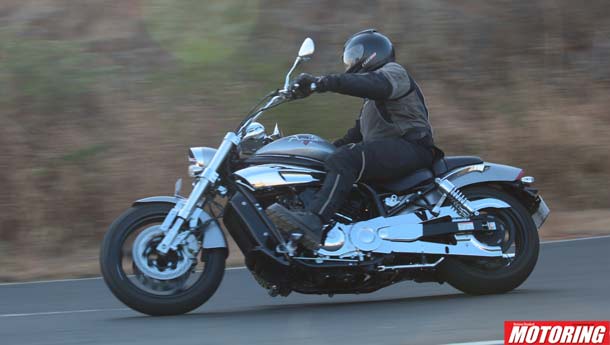 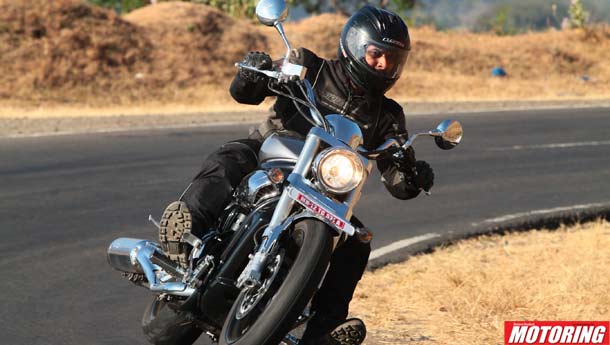 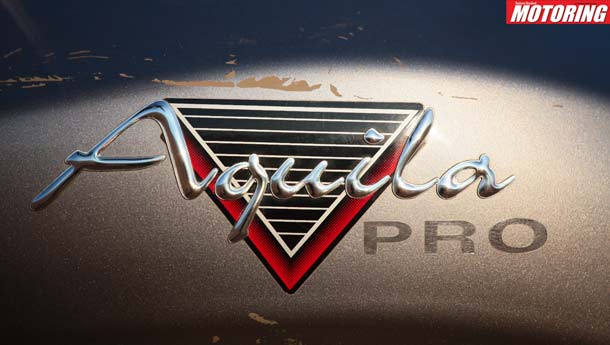 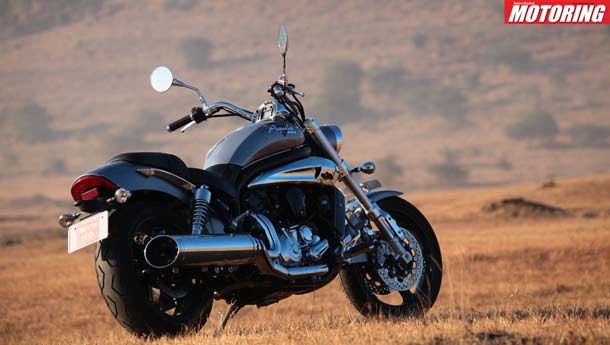 If you read newspapers around the world, you’d be led into believing that North Korea is out to annihilate the rest of the world. With a ‘Supreme Leader’ like Kim Jong Un running the show and news of them sneakily testing nukes and badly executed commie versions of Gangnam Style, you probably won’t be surprised. But wait, because if you think of about it, it’s their neighbours to the South that are actually scheming up plans of global domination.

Oh yes, the same peace-lovin’, mass manufacturing folks of South Korea. But unlike the Supreme Leader, they’re not out in force with shed-built missiles, they’re in fact coming after you with their cellphones, full-HD televisions, catchy dance moves, cars and motorcycles. For now, we’ll concentrate on the latest one of the last in the list and yes indeed, this is the Aquila making a comeback, albeit in a sizable 650cc guise. We’ve come to like everything else made there, so why not the motorcycles?

You remember the time when Samsung and LG and all these Korean brands flooded the market? Everyone sniggered, safe in the knowledge that their Nokias and Motorolas were nigh on perfect, but slowly they began to think – ‘Hey. That’s not bad, really. And it’s half-price!’ I believe I muttered something similar after riding Hyosung’s latest bling cruiser. Don’t get me wrong – as with pretty much anything, there are flaws, but if you place the motorcycle in line with our mass market and the intended price point, it seems like South Korea might just have pulled it off. To know what I’m on about, you need to simply observe this motorcycle parked outside a cafe. It’s not-so-subtly...er, ‘inspired’ by the likes of the Yamaha Road Warrior and the V-Rod and since those two look brilliant, this motorcycle is a looker as well. It’s imposing enough to behold, which is primarily down its substantial dimensions and the fact that it’s tarted up with copious amounts of chrome all over its 2.3-metre length. Somehow, they’ve managed to not make it look too tacky, even when you step in for a closer look, though the 1980s biscuit wrapper logo is a big eyesore. And Aquila ‘Pro’? Really? The howitzer-league exhaust looks especially tasty, as does the rear three-quarter view but hey, they deserve little credit for this because it’s done by just shamelessly peeking into someone else’s notebook. The funny part is that Harley-Davidson actually did send a letter to Hyosung raising this issue in 2006, but Hyosung swiftly minimized the Harley-Davidson website window and refuted any claims. Hyosung, this is not cool. If you want the world to take you seriously, you have to remember what you were told back in school about copying.

For all the show and the unreasonable amounts of attention it gets on the road, the drone it emits is a bit wussy. Heck, I reckon even half a block from Milwaukee will sound better and initially it’s hard to get over the fact that it’s a middleweight motor crammed into a stretched-out cruiser chassis. To be fair, the 647cc liquid-cooled, fuel-injected L-Twin is a fairly friendly motor to ride, with adequate bottom-end grunt, but there’s none of that chugging, thumping bottom-end torque that you’d want a cruiser to deliver. There’s great pace on offer if you keep it pinned all the way to, er, what feels like an 11,000 rpm cut out – there’s no tach – and in fact, the 74 bhp that is delivered at a peaky 9000 rpm will propel you to a claimed 195 kph in not much time. That said, when you’re sitting with your feet and hands set a foot apart vertically, such a high-revving motor nestled underneath just doesn’t feel right. Yes, I understand that

the intention was to make a sports or performance cruiser, but those usually have hotted-up big-bore motors. With regard to other characteristics, the vibes are well under control, the gearbox is clunky but shifts positively and the belt drive cushions out abrupt throttle changes rather well. All said and done, if you spend some time with the motorcycle, you get into the groove of riding this cruiser differently and you can have a good amount of fun with it, but the true-blue cruiser folk would rather have their ridiculously early rev-limiters, gobs of torque and thundering exhaust notes. This chrome-packing Korean won’t lose sight of a GT650R going all out on a highway, but the moment the twisties are in sight, it’s a different story altogether.

Built as somewhat of a middleweight sports cruiser – a class pioneered by the Yamaha Road Warrior and the V-Rod way back when – I can see that potential being realised to a good extent but not quite completely. Let’s get one thing straight here – it’s no sportsbike and it will never be, but for a motorcycle with a lazy geometry and 240 kilos of flab, it’s quite entertaining in the corners. Despite the 41 mm front forks and the discreet monoshock rear being set up for a plush ride, it manages to run corners fairly confidently and a lot of that is down to the Bridgestone Battlax rubber – an excellent choice there. As you’d expect, cornering clearance is limited and the pegs start getting intimate with the tarmac rather soon. Even the obvious route of positioning the pegs higher and more forward hasn’t worked very well. Bumpier corners make the front-end shimmy primarily because of the rangy

33-degree rake and the lazy wheelbase, but not in an alarming manner. If you charge a corner too hard, make sure you give the brakes a good squeeze, because in keeping with the application, they aren’t the sharpest units around.

Let’s get to one of the primary reasons people like the cruiser class: comfort. Yes, it scores fairly well on that front with a plush front seat, easy controls and relaxed ’bars. Shorter riders might find that the reach to the forward foot pegs is a bit too excessive, though they are adjustable, and pillions will find that they’re about to be thrown off under acceleration because first, the seating is minimal – even for chicks – and second, there’s no backrest to be seen. It’s an easy-going thing in the city, though, and even in the densest of traffic, it doesn’t lose its cool. You won’t find the spec sheet sparse either – a dated-looking yet very readable digital display, two 300 mm discs up front, a fat 180 mm rear tyre, adjustable suspension and a lot more is standard.

It’s rather likable but the most glaring shortcoming is the fact that this has got no soul; none, zero, zip, nada. My college chemistry class had more drama than the Aquila. They need to inject some James Brown into that machine or maybe PSY, considering the context. They've priced it right – ` 4.99 lakh, ex-Delhi – and hopefully, they should see queues growing outside the showrooms. Despite the shortcomings, this Hyosung, I believe, will roll off the showrooms at a steady rate because most of the shortcomings aren’t things the usual buying crowd cares about. It’s certainly not an enthusiast’s motorcycle and it’s squarely targeted at the Sunday riding crowd – the sea of folks who want a large piece of good looking rolling metal for hatchback money – but that’s no bad thing. For them, Milwaukee is the name of a horse in Mahabaleshwar and the sound of rolling thunder is all but a warning to carry an umbrella. I can totally see my doctor buying this in his early 40s to inject some life into his otherwise staid existence. At this price-point, he’d probably be willing to forgive a few shortcomings in exchange for dynamite-grade bang-for-the-buck. Just like he did with his Samsung phone a few years ago, then.