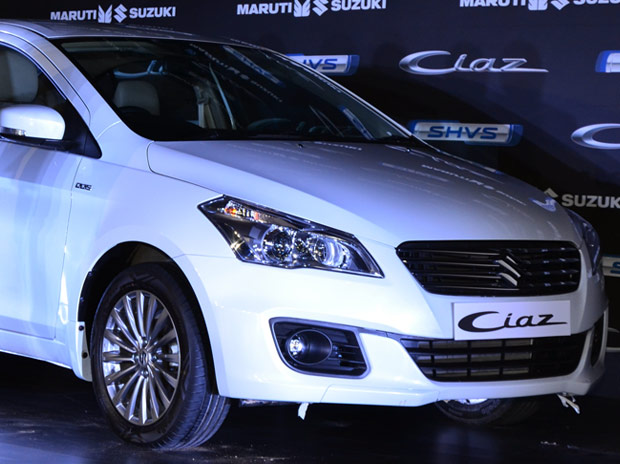 Demand for hybrid cars are on a decline since July 1 when companies raised prices by as much as 20 per cent to pass on the impact of the goods and services tax (GST). Toyota, which was seeing a gradual acceptance of its Camry Hybrid, has seen demand dip by about 30 per cent. Maruti Suzuki, the biggest carmaker, with its mild hybrid vehicles Ciaz and Ertiga, said a ‘steep’ decline was already visible.

India has decided to tax hybrid vehicles at 43 per cent (including a 15 per cent cess), a rate identical to taxes that luxury cars attract under the GST. Hybrid vehicles earlier attracted taxes of about 30 per cent and in markets like Delhi it was even lower due to a differential in value-added tax. Industry body Siam has approached the government with a request to bring down the rate on hybrid vehicles from 28 per cent to 18 per cent while doing away with the cess.


“Hybrid technology is a stepping stone towards the vision of electric vehicles. We have made a request to the authorities and we are hopeful. If hybrid is encouraged, it will lead to development of components that can be later used for electric vehicles and such localisation will happen to bring costs down,” said R S Kalsi, executive director (marketing and sales) at Maruti Suzuki.


The Ciaz, a mid-size sedan, had grown to become the largest vehicle in its segment. Of the 5,200 plus units of Ciaz sold every month, 70 per cent happened to be the diesel variant with a mild hybrid. It is this model that is now significantly expensive. Take the case of the Sigma Smart Hybrid Ciaz. It was selling at an ex-showroom price of Rs 7.89 lakh in Delhi. It now commands a price of Rs 9.42 lakh. The increase is of Rs 1.53 lakh, or about 19 per cent. In markets outside Delhi, the increase is about 10 per cent. Maruti had introduced the Ciaz hybrid in 2015 and expanded the technology to the Ertiga.


“There is a big decline in customer enquiries for hybrid vehicles. Duty changed suddenly and impacted pricing adversely. We will require 2-3 months to get a trend but there is certainly a steep decline,” said Kalsi.


Besides the Ciaz, Maruti was also selling its multi-purpose vehicle Ertiga in hybrid variants. Demand for the Ciaz is shifting to petrol variants, which earlier brought just 30 per cent of sales. Kalsi said the company was adjusting production plans to make more petrol variants. Petrol variants of the Ciaz have turned marginally cheaper under the GST. The impact on the hybrid Ciaz will in the long run determine Maruti’s leadership in the segment. It had overtaken Honda City in FY17.


Toyota, which used to sell almost 100 Camry Hybrid cars until recently, said there has been a 30-35 per cent drop in bookings. “We are seeing challenges in the demand for Camry Hybrid. Customers are anticipating that rates could come down if the GST Council takes a re-look at the rate for hybrid vehicles,” said N Raja, director and senior vice-president (sales and marketing) at Toyota.


Last year, demand had increased by 10 per cent. It also brought the Prius hybrid in February and said it is reiterating its “commitment” to hybridisation in India. It was planning to extend hybrid technology to smaller vehicles.


Hyundai has also decided to re-look at their hybrid plans for India.