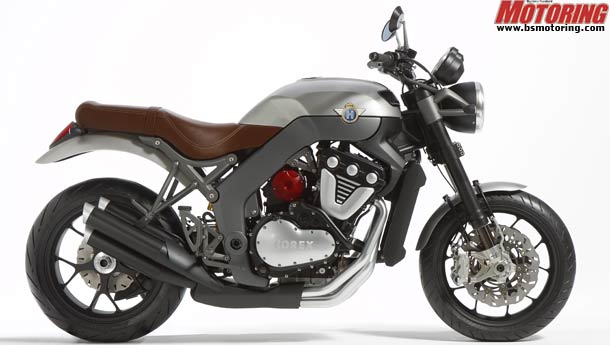 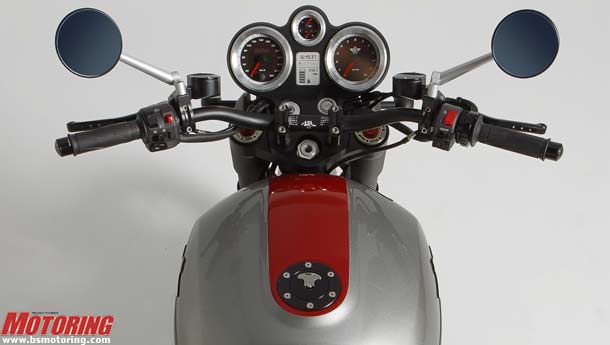 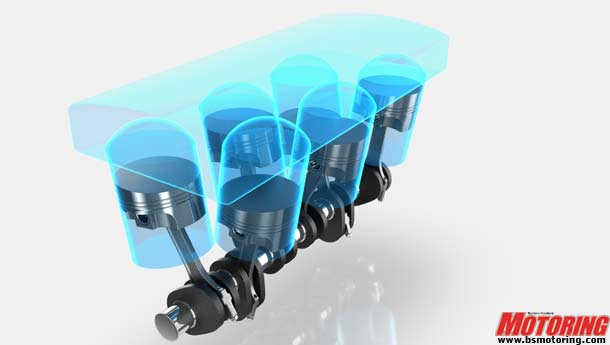 Looks pretty normal, eh? Now what if we told you that what looks like an in-line motor is actually a narrow-angle, 1218cc, 200+ bhp V6? And that the red thing you see peeking out from behind the cylinders is... a supercharger?! Well, we don’t believe what we’re seeing either, but it’s true. HOREX used to make high-quality motorcycles from the 1920s until they shut down in the 1950s.

But now, the Ausburg, Germany-based company is planning to make this motorcycle called simply, the HOREX. Cylinder head width is only 429 mm, comparable to most in-line fours! And the compact motor is wrapped in lines that were adapted from historic models like the Regina and Imperator among others. This one’s going to become a classic too, we think. There’s no such thing as too much six!