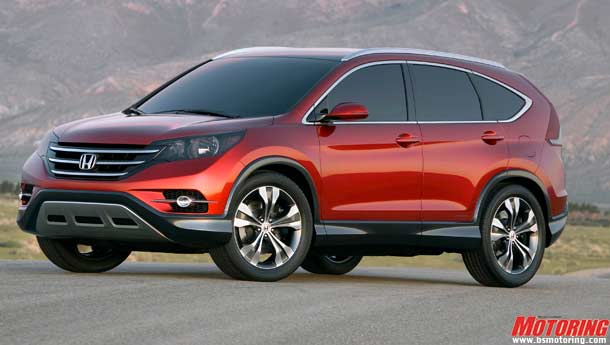 Honda’s popular CR-V has been updated for 2012 with significant changes. Honda released the first images of the new 2012 CR-V today and we have to say it looks rather fetching. The new CR-V looks much more butch than the earlier models with an aggressive front grille and bumper, a sharp waistline and some impressively sporty detailing. In its fourth-generation, the CR-V gets a thorough styling update and from what we can predict, new powertrain options as well. Honda claims the new engines will be more efficient than the earlier ones but hasn’t released any details as of now. The new CR-V is expected to be available in the States by the end of 2011 and in autumn 2012 in Europe. It will be unveiled publically at the Orange County International Auto Show in September 2011. We expect Honda to bring the new CR-V to India in the second half of 2012.