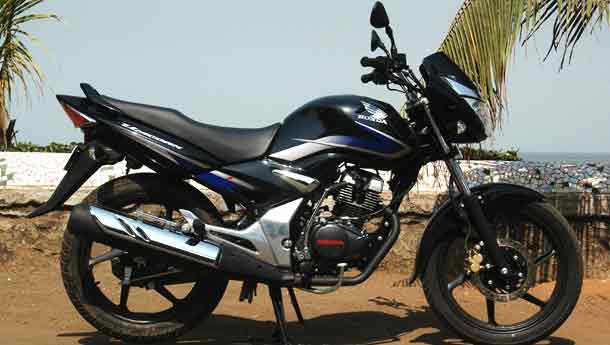 Chrome is a fabulous thing. It’s a process that’s been changing the way things look for the longest time. Think about it – a simple sedan with 10-spoke chromed alloys, a newly restored vintage motorcycle or even a rapper with his 32 inch-wide chromed grill. So when Honda released preview pictures of the New Unicorn with little chromed bits, I was pretty sure it would look… er, prettier. That said, the New Honda Unicorn has received a number of rather tasteful upgrades that easily beat your average patch up sticker-job. I don’t think it’d beat the Apache upgrade that Shumi’s singing about elsewhere in this issue, but let me go on with what’s at hand here.

First, the old bits. The same 150cc engine stays, so that means the power rating is still pegged at 13.3 bhp@8000 rpm while the extremely refined motor puts out 13.3 kgm@5500 rpm. Oh, and that mono-shock still hasn’t been tweaked to make the ride less harsh on bad roads. But I’m not complaining, because when I jump the crests on my commute, the motorcycle – unlike the CBZX – doesn’t bottom out. Disappointed? Don’t be, because the visual treats that Honda’s flagship has on offer make up for it.

Thank God for alloy wheels (especially in Mumbai’s climate), and thank you whoever it was at Honda for getting them on to the Unicorn. The Unicorn dons Karizma-type alloy wheels in black now instead of those retro-cool wired wheels. (When they didn’t have alloys, alloys were cool. Now that they’re here, spokes are cool? – Shumi). And I must not forget that sexy gold brake calliper that stands out on the black wheel. The Unicorn’s generic front fairing has been upgraded, a strip of chrome just above the headlight brightens things up a bit. The new visor no longer goes all the way to the top. Instead, it’s set inside the shape of the fairing, so a strip of body-coloured panelling is visible at the top. I wouldn’t have to explain all of this to you if Honda didn’t give us a black motorcycle to shoot, but they did. Oh well.

The voluptuous tank, a Unicorn trademark, stays the same, but the old-school fuel-filler cap is gone. A aircraft type fuel filler cap is now standard. The change that impressed me the most, however, was the engine. Dressed in matte black with a bright red Honda logo and clean-cut, buffed engine-block fins, it’s a thing of beauty – typical of Honda’s CB400 series of motorcycles.If you still aren’t satisfied with this Unicorn, rush to your nearest Honda showroom because Honda has also launched 2500 limited edition Unicorn Grand Prix in championship winning, Nicky Hayden-Repsol colours. For unfathomable reasons, Honda’s not giving them out for testing.

The new Unicorn is an improvement and will be priced at Rs 58,150 (ex-showroom Delhi), the gorgeous Grand Prix will cost just Rs 1,275 more at Rs 59,425. However, despite the upgrades, it must be noted that the competition is offering more features for the money - which leaves you wondering if a cosmetic upgrade, appealing as it is, will really do the trick for Honda.