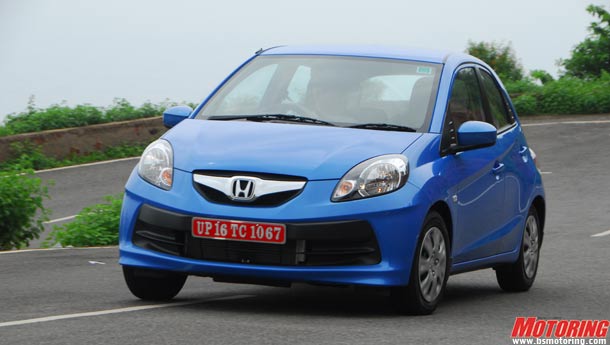 Japanese automobile majors Honda Motor Company (HMC) and Toyota Motor Corporation (TMC) are looking at shaping up their domestic operations as major parts exporters after the introduction of India-specific models Brio and Etios, respectively, in the country.

While Honda Cars India (HCI) is expecting revenues from component exports to increase to Rs 471 crore this year on demand for small-car Brio parts in Thailand, Toyota will ship transmissions for the Etios and Liva to Brazil in January.

“Quality and competitiveness are high in India. We are exporting as many as 56 critical engine and body components for the Brio from our facility in Tapukara, Rajasthan. Besides, some components for the Jazz and City are also being shipped from India”, said a senior executive at Honda Cars India.

The subsidiary’s revenues from component exports had gone up dramatically to Rs 229 crore the last year after the introduction of the Brio to the Indian market, compared to the Rs 11.30 crore registered from the business venture in 2010-11.

“When the floods affected production in Thailand, we stepped up exports of components to our other Asian facilities from India. Revenues from component exports consequently doubled to Rs 229 crore over our initial estimates of Rs 112 crore last year. Apart from de-risking business, exports helps in countering the impact of adverse forex fluctuations”, said an executive with Honda Cars India (HCI).

Overall, Honda exports engine and critical components for the Brio, Jazz and City to Argentina, Brazil, Indonesia, Malaysia, Japan, Philippines, Taiwan, Thailand and the United Kingdom. The company has a vendor base of 150 suppliers in India.

Toyota, too, which made the global debut of hatchback Liva and sedan Etios in India, will start supply of transmissions from Toyota Kirloskar Auto Parts ( TKAP) to its Brazilian affiliate early next year. Sandeep Singh, deputy managing director, said, “The Etios has opened opportunities for vendors in India. Transmission for the models will be supplied from India to Brazil, where the Etios range has been introduced recently.”

TKAP has invested Rs 500 crore to commission a gasoline engines’ assembly facility and a transmissions’ production unit in Karnataka.

While the gasoline engine unit started operations in August this year, the transmissions production facility with an annual capacity of 240,000 units will be commissioned in January 2013.