Honda to lower CR-V exports to US 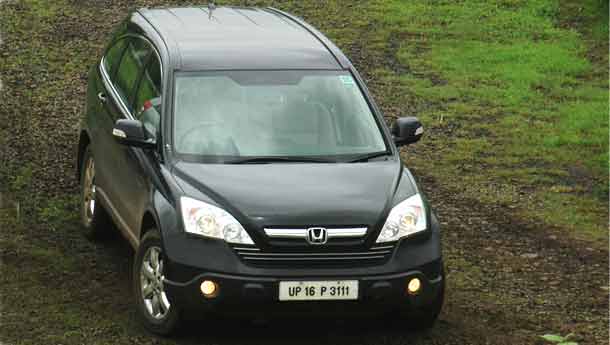 Honda Motor Co is looking to make small investments in North America to build more of its popular CR-V crossovers there, reducing exports from Japan to cushion the blow from a strong yen, an executive said.

"Our profit structure has improved mainly thanks to robust overseas operations, and the toughest area remains exports from Japan," Chief Financial Officer Yoichi Hojo told a small group of reporters at Honda's headquarters on Wednesday.

"With a little investment, we would be able to increase production of the CR-V in the United States, so that's the most probable course of action (to reduce yen exposure)," he said.

Japanese automakers are reeling from a strong yen, now trading at around 81-82 to the dollar, losing money on lower-margin models that are exported from domestic factories.

Honda, Japan's third-biggest automaker, built about 72,000 CR-Vs in Japan last year, exporting about 35,000 of them to the United States. Honda also builds the model in Mexico and East Liberty, Ohio.

Hojo said Honda was looking at various options for raising production of the CR-V in the United States, where two of its four assembly plants, including the East Liberty factory, are operating at full capacity while the adjacent Marysville plant is working at around 80%.

Honda also has a factory in Indiana working at half of its full capacity and a plant in Canada at around 88%.

With gasoline prices still relatively stable, more US consumers are driving away with light trucks instead of passenger cars, and Hojo said Honda was boosting daily production at one of its two lines at its Alabama plant by 50 units to 650 units from this month to meet demand for the Odyssey minivan and Pilot SUV.

Rivals are also taking similar steps to reduce exports from Japan. Nissan said last month it would shift production of its Rogue crossover from Japan to the United States at its next remodelling in 2013.

Hojo said Honda, like other Japanese automakers, would look to use more components from low-cost countries such as China and India to take advantage of the strong yen, also making those adjustments when vehicles are renewed.

Honda is due to revamp its high-volume Civic this spring, and Hojo said he expected new low-cost parts to account for at least 10% of the car, from virtually none now.

Honda has already raised that ratio on the low-margin Fit subcompact to 17%, and is aiming to boost that to about 30%, Hojo said.

Honda on Monday delivered better-than-expected third-quarter earnings and lifted its annual profit forecasts beyond the market consensus, largely due to the popularity of light trucks in North America.

Honda this week forecast an operating profit of 620 billion yen ($7.62 billion) for the business year ending on March 31, for an operating margin of 7.0% -- at the top end of the industry -- despite an 8-yen fall in the dollar.

Executive Vice President Koichi Kondo said this week Honda had achieved an earnings structure under which it could make a profit of 100 billion yen per quarter at a dollar rate of 85 yen and car sales of 900,000 units. A year ago, it had strived to achieve that level of profitability at 90 yen to the dollar.

Hojo attributed the stronger earnings structure to the company's ability to raise its product prices -- by around 1-2% a year in the United States -- and a better cost structure partly helped by greater economies of scale.

Honda's shares have jumped 27% in the past three months, outperforming a gain of about 20% for both Toyota and Nissan.

In mid-afternoon trade on Wednesday, Honda was up 2.1% at 3,620 yen, mirroring a rise in the broader Tokyo market.