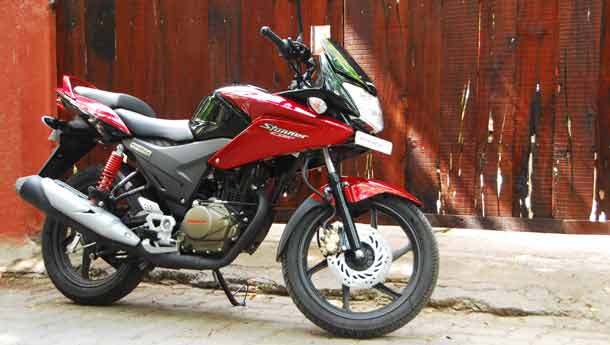 Pressure is mounting on Honda Motorcycle and Scooters India (HMSI), India's fourth biggest two-wheeler maker by volume, to resume normal supplies of scooters and motorcycles to its dealers, who are forced to ask customers to wait for up to four-five months for delivery.

The company has had a long pay dispute with labour unions which has heavily affected production for the past month at its plant in Manesar, Haryana. Monthly production has dropped to about 55,000 units from the usual 110,000 units. The dispute is yet to be resolved.

A customer of the Activa 110, a top-selling ungeared scooter brand from HMSI, will only be able to ride on his purchase by February or even March if the booking is made now. The company was in the process of jacking up capacity for the model, which it launched towards the end of March this year, when it was hit by the labour trouble.

A city-based dealer of Honda in the suburban area said, “As the supply itself from the company is down drastically, we are forced to ask customers to wait for a maximum of four-five months for the Activa. Even other models such as Unicorn (a 150cc motorcycle) carry a waiting period of two-three months, while a buyer of the CBF Stunner (a 125cc motorcycle) will have to wait a bit longer.”

Officials at HMSI appear uncertain on reaching an early settlement with their workforce. “We are constantly in dialogue with the workers but do not know how long it will take for the matter to get completely resolved. Production has been hit badly and it’s not only Honda getting affected but every company attached to it is hit, including our suppliers,” said a senior executive from the company. Agitating workers are demanding more pay, including an increase in the fixed portion of the salary structure, apart from other incentives. HMSI officials say this is unacceptable.

The loss in supply of HMSI models in the market has resulted in demand moving in favour of those from competing companies like Suzuki Motorcycle India and Mahindra Two Wheelers for the scooter range and Bajaj Auto, Hero Honda and Yamaha for the motorcycle range.

“There has been an increase of 10-20 per cent in demand for our models, especially the Rodeo over the past two-three weeks. We have got ready delivery of our products, whereas Honda dealers are asking customers to wait for five months,” said a dealer from Mahindra Two Wheelers.

A North Mumbai-based dealer selling Suzuki automatic scooters also said there had been a sudden increase of 10-12 per cent in sales over recent weeks.

Analysts say since customers were keen to make their purchase during the festive period, they were not expecting to be asked to wait for months for the delivery of the vehicle, even as their bank sends them notices to start paying the equated monthly instalments (EMIs)

Anticipating the strong demand in the festive season, HMSI had ramped up its production in June, July and August but the inventory had got exhausted by the start of October. According to data from the Society of Indian Automobile Manufacturers, HMSI's production was down by nearly five per cent in September to 84,182 units and a full 50 per cent this month.