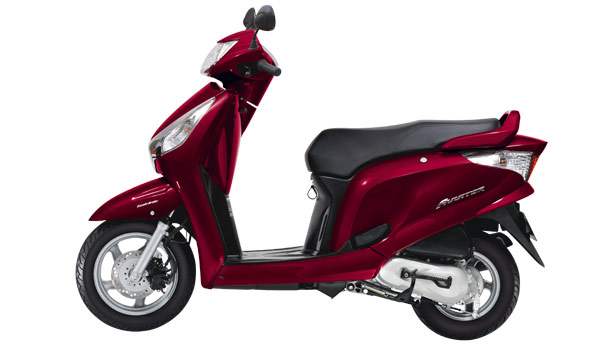 Honda Motorcycle and Scooter India (HMSI), the leader in the automatic scooter segment, is preparing to launch a bigger capacity scooter.

Honda, the maker of Activa, India's largest selling gearless scooter, will tap the customer base which seeks upgraded versions of the available 100-125cc engines.

Shinji Aoyama, President and CEO, HMSI, said, “We will introduce a bigger displacement scooter in the coming period. There is a need for a more powerful product in that segment”.

The company currently sells the Activa (110cc), Aviator (110cc) and Dio (102cc) in the scooter segment and five motorcycles — Twister, Shine, Stunner, Unicorn and Dazzler. Scooters will contribute nearly 55 per cent to the company's sales this year, which is expected to stand at 1.65 million units.

Although power scooters are popular in some overseas developed markets, manufacturers have been conservative in introducing them in India due to their higher price tags. Pune-based Kinetic Motor Company, once the market leader in the scooter segment, had launched a 165cc engine power scooter, Italiano Blaze, for nearly Rs 50,000. The demand for the Blaze was high due to its superior performance, but Kinetic wasn’t able to provide the service and back-up parts. Kinetic eventually decided to wrap up its business and sold its assets to Mumbai-based conglomerate Mahindra & Mahindra for Rs 110 crore in 2008.

Although there was no clear indication on what the new scooter from HMSI will be, market experts believe it would have an engine of around 130-150cc. The move towards a bigger engine is also triggered by the buoyant demand seen for the Suzuki Access 125. While a small capacity scooter of around 100cc carries a price tag of Rs 41,000, a bigger engine scooter by HMSI will ideally be priced at Rs 50,000-55,000, say market analysts.

The India scooter market has seen scorching growth so far this financial year, with sales of 1.88 million units, an increase of 44 per cent in the domestic market. HMSI currently has a market share of 43 per cent in the scooter segment with annual sales of 813,000 units.