Honda will launch the Mobilio on the 23rd of July. This is the first MPV from Honda for the Indian car market. The bookings for this MPV have already began and Honda will be aggressive with its pricing. We have already reviewed the car. Please find our Honda Mobilio review. 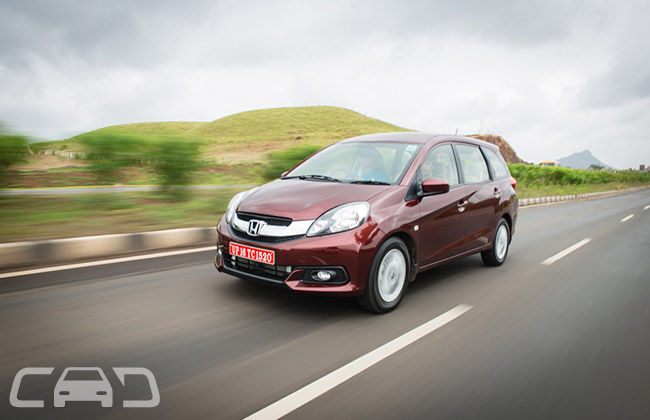 The Mobilio is based on the same platform like the Brio and the Amaze and the resemblance is visible. It has a similar fascia like the other two siblings, though this gets a larger front grille with a thicker chrome slat with the H badge at the centre. There is a striking similarity between all three family members till the B-pillar. The side profile of the Mobilio resembles the Amaze, however it has a taller stance and it is clearly visible as it has a ground clearance of 189mm. 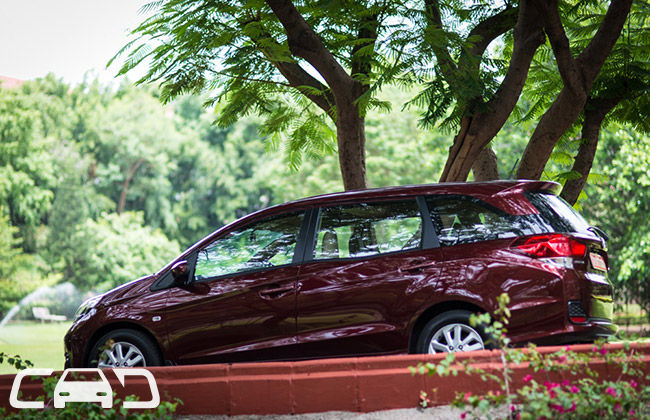 The Mobilio’s rear is well crafted too and the tail-lamps remind you of the new Honda City. There is also the Mobilio RS, which is basically a cosmetic upgrade on the existing Mobilio’s top-of-the-line variant. The distinctive features on the Mobilio RS are new front bumpers, new front grille, headlamps with day-time running lamps, rear spoiler, side skirting and a re-designed rear bumper.

Again, if you are familiar with the Brio or the Amaze, the Mobilio will not surprise you with anything different in its styling. The instrument panel is similar to the exiting other two models. The instrument cluster on the Mobilio has a mix of black and blue to give it a more premium feel than the regular black— which has become common.

Mobilio comes with a 1.5-litre diesel engine and a 1.5-litre petrol engine option. To begin with, it has the same 1.5-litre i-DTEC diesel engine that produces 98bhp of power and 200Nm of peak torque. This engine comes mated to a five-speed manual transmission. The petrol is the same as the City, 1.5-litre i-VTEC with a power of 117bhp and 145Nm of torque. The Honda Mobilio in petrol comes with only five-speed manual transmission. 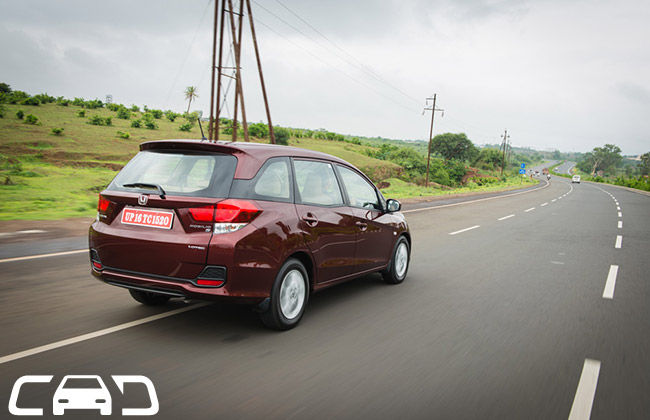 Honda has ticked all the correct boxes with the Mobilio and if priced aggressive, the sales of the Ertiga and the Innova could be affected. This MPV is placed in between the two, and has a good possibility of shaking the market for both. Honda has been aggressive with its pricing for the Amaze and even the City. We expect it to be the same for the Mobilio too.