Honda may inject funds to meet demand for its two hatchbacks 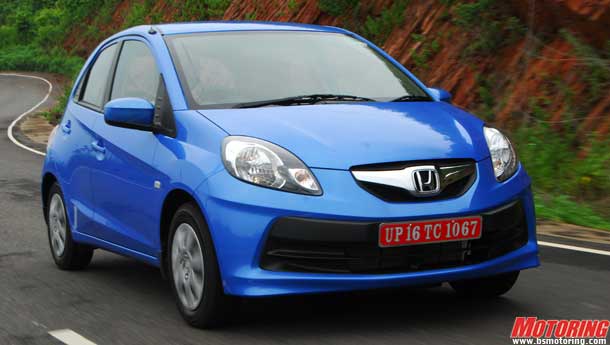 Honda Siel Cars India (HSCI), the third-biggest Japanese car brand operating in India, is forced to evaluate the injection of additional funds for an expansion of its capacity at its second facility to cater to burgeoning demand for its two hatchbacks.

Several Honda dealers are asking customers of Brio, the compact five-seater car launched less than a fortnight ago, and the premium hatchback Jazz to wait for “four to five” months for taking delivery of their vehicle.

The 1995-founded HSCI is in the process of capacity ramp up at its headquarter Noida facility to produce more units of the two petrol-driven models, while aiming to cash in on the festive demand that has started on a rather subdued note.

Takashi Nagai, president and chief executive, HSCI said the joint venture plant capacity was 100,000. “I hope Brio will sell more than 40,000. If that is the case, we might be able to take the next step of expanding further.”

The demand for the Jazz has revived significantly since the time Honda cut its prices by a whopping Rs 1.6 lakh in mid-August.

The premium hatchback built on the city platform carries a waiting period till March in some city centres. The Jazz, whose nearest competitors are Skoda Fabia and Hyundai i20 in pricing terms, has a price tag of Rs 5.5 lakh (ex-showroom, Delhi). Along with the Jazz, HSCI had also cut the price of the City by Rs 66,000.

Until the launch of the Brio the company was utilising 60 per cent of the plant capacity or 60,000 units per annum making models like the City, Civic, Jazz and Accord.

Now with HSCI having positioned the Brio below the Rs 4 lakh price barrier, the company hopes to sell more than 5,400 units of the small car every month.

The company’s second plant in Rajasthan’s Tapukara, which was inaugurated in 2008, has an installed capacity of 60,000 units per annum — but the facility does not currently produce any vehicles. The unit only makes critical parts for all Honda cars in India and for export markets.

The company will carry out a feasibility study to make investments at Rajasthan in order to scale up its capacity to accommodate future models. It would also include derivatives of the Brio.

“We have not finalised the investment or expansion plans at Rajasthan,” said Nagai. “We will take further judgement only after looking at the performance of the Brio. We will be making a feasibility study for another investment.”

Although the Japanese company, which operates through a joint venture in India, did not specify on whether there would be more models based on the Brio platform, sources have stated that Honda was working on a sedan positioned below its current best-seller City.

“As of today,” Nagai said, “we have no concrete plans to introduce models using the Brio platform but if there is the right need and with enough customer demand then we will continue to investigate.”

Further, HSCI is also looking to tap the international right-hand drive markets with the Brio. The company has started with exports with Nepal. It would gradually extend itself to Sri Lanka and Bhutan.

HSCI’s expansion into the diesel range of engines at a later date has further fuelled the opportunities of expansion at the 600-acre Rajasthan plant.

The company is working on building diesel engines in Japan. They will introduce them in India subsequently.