Honda likely to launch the 2016 Accord Hybrid in India soon

After the BR-V, Honda Cars India is likely to launch the Accord Hybrid in the country during the festive season. The Accord Hybrid, which was showcased at the 2016 Delhi Auto Expo, will be the ninth generation model of the saloon. 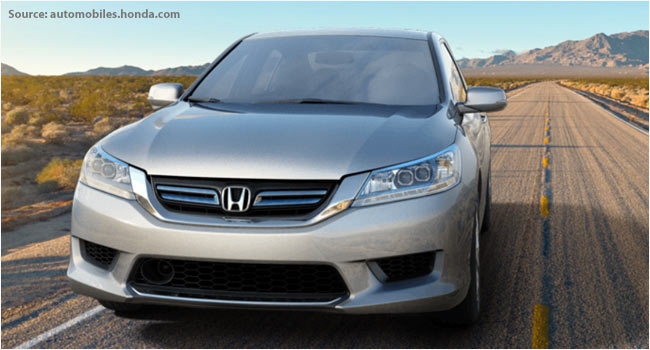 The new Honda Accord model looks quite identical to its pre-facelift version with features such as larger chrome grille, revised bumper and new LED detailing on the headlamp enclosure. Other elements are chrome highlights on bumper and boot lid, sportier rear bumper and integrated spoiler.

Powering the Honda Accord hybrid will be a 2.0-litre, i-VTEC petrol mill with an electric motor. The electric motor features an on-board lithium-ion battery. While the petrol mill alone produces 141bhp, the combined power of petrol + electric motor is 196bhp and over 300Nm of peak torque. This engine will come mated to an electronic CVT gearbox.

Similar to the discontinued model, the new Honda Accord will continue to come as a completely built-up unit (CBU) in India. Upon its launch, the 2016 Honda Accord Hybrid is likely to face competition from Toyota Camry.