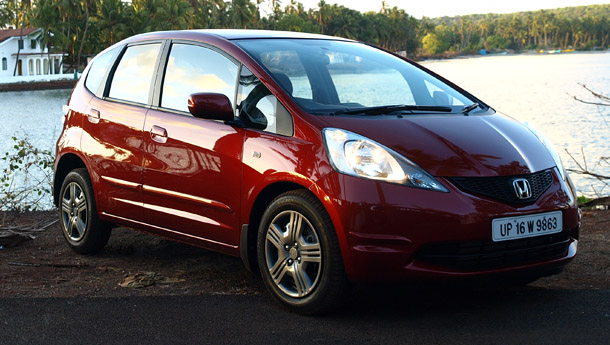 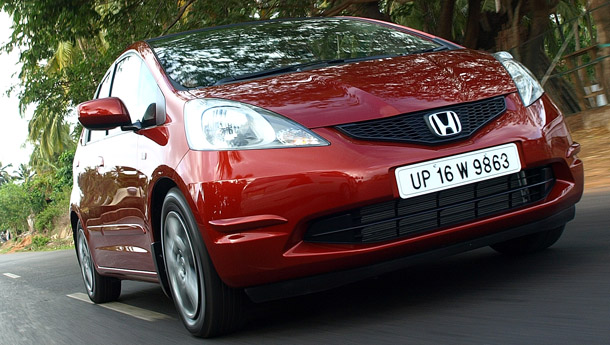 Does the Jazz look better in the flesh than in the pictures?
Make no mistake — the Jazz is a very proportionate design that looks oh-so state-of-the-art, despite the fact that it is almost three years old in world markets. Though it can be broadly called a hatchback, the overall effect is that of “Honey, I shrunk an Innova!” The ‘space-shell module’ design would have made Jules Verne proud.

Is this a proper five-seater?
Yes, it is. The Jazz is a five-seater, with a third seat belt for the middle passenger at the rear. But it helps if the third passenger is not a practising sumo wrestler.

Can we expect a funky interior?
The Jazz interior is spacious and extremely user friendly. The flexible ‘Magic’ seats can convert the interior to suit your hauling needs. It comes loaded with goodies and has lots of storage space too. The luggage area at the back may prompt prospective buyers to demand a third row of seating — it is that spacious! The dashboard is a bit of a complex design, but instrumentation is not as futuristic as in the Civic. And yes, you do get a CD player and not just an AUX and USB input, as in the case of the new City.   What will the neighbours think? Is it a clever, cheaper alternative to the City? Or are we paying too much money for just another hatchback?
The Jazz is a well thought out car that will be a pleasure to live with in the urban environment. It can take the occasional highway blast in its stride too. Thinking buyers who do not need a proper boot will appreciate it. In short, the Jazz makes a brilliant second car to the Accord or the CR-V, while the City still rules as a one car solution to many needs. Be ready with a nice defence to counter your neighbour, who will laugh at you for paying so much for a hatchback.

So it has got a puny little 1.2-litre engine. Can you play Jenson Button with it on Sunday mornings?
The little i-VTEC engine may displace only 1198cc for India (which puts it in the lower excise slab), but Honda engineers have managed to squeeze out 89 bhp at 6200 rpm. So no need to worry, it is still a fun-to-drive Honda. Sure, it does not give the kicks the way VTEC engines do when you downshift — a healthy, greener compromise that results in 14-16 kpl!

How is the ride quality and handling on Indian roads?
The Jazz rides on 15-inch wheels and relatively fat rubber that negates potholes with ease. That said, rear seat ride quality is not much to write home about. On the handling front, the Jazz is difficult to fault, with a neutral attitude even at three digit speeds. Good drivers will appreciate the precise power steering set-up.

Honda Jazz and Maruti Suzuki Ritz both feature 1.2-litre engines and both come with airbags and ABS (the ZXi version of the Ritz does). So why should I pay more for the Jazz?
Judging the Jazz by its engine capacity alone will be like judging  The Godfather by its black-and-white jacket. It is a bigger car than the Ritz and rides and drives like one. If your driving is limited to the city, the Ritz does make sense but it cannot be compared to the Honda when it comes to driver involvement. But we do understand and respect the value the Ritz offers to prospective buyers.   How safe is the Jazz?
No compromise on safety here – all models come with ABS and airbags and one can only hope that other car makers don’t wait for legislation to do the same. The cab-forward design with acres of space between the driver and the nose of the car imparts an additional sense of safety too.

Why is it so, so, *&$# expensive? Can’t Indians buy a value-for-money Honda ever?
The price starts at Rs 7.43 lakh ex-showroom Mumbai. Blame the yen for the price tag, says Honda. On another note, Honda is getting its small car ready to be launched soon and if the Jazz was pegged at the Rs 6-7 lakh bracket, it would have been difficult to price the small car. That said, if you look at the flair, space, utility and economy, the Jazz is a better value proposition compared to, say, the new City.