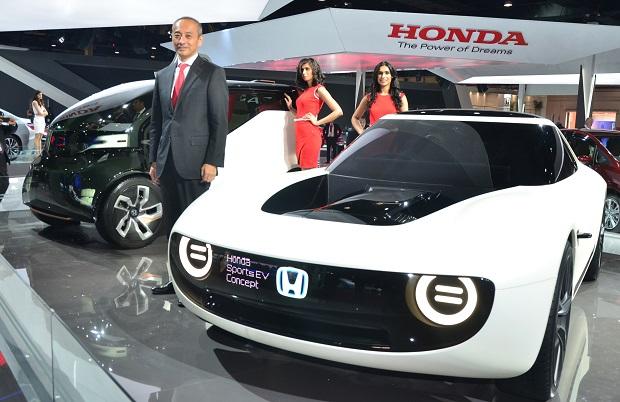 Japanese car maker Honda has its eyes on improving profitability and performance of its dealerships. An exercise has been launched for the dealerships.

Honda Cars has over 350 touch points in the country with focus on sales, spares and service. "Dealers are investors and so their return is most important. We have started a big project to improve the profitability. We are analysing their profitability, giving them feedback, conducting group studies using the profitable dealers as a benchmark," said Yoichiro Ueno, President and chief executive officer at Honda Cars India, the fifth largest player in domestic car market.

Ueno said the focus is on multiple activities as far as dealer profitability is concerned. "Dealers must not only chase the volumes of new cars. So, we are working to ensure that they have some more income from accessories, insurance, finance and after sales service. Secondary income is very important for sustainability," he added. The company said profitability of dealers is showing signs of improvement as a result of this project initiated in 2017 and it plans to continue the exercise in which various cross functional teams from Honda is involved.

Dealers are in the process of submitting their profit and loss accounts to Honda and these are being analysed. Dealers outside cities, in tier II and III market, especially the newer ones are the main focus of this exercise. "They have low vehicle service incomes and need more support to improve operations", he said.

Honda, which was largely an urban player in the Indian car market, focused on expanding its reach in tier II and III markets during the last two-three years. "We now cover almost every tier II and III city. With this network, we can achieve good reach. What we try to achieve is a higher market share. We require at least a 10 per cent share in the Indian market to have a sustainable position," said Ueno, whose company now has a market share of 5.33 per cent in India.

"The profitability and viability of car dealers is a serious concern with most of the car brands in India. It is high time that manufacturers support the network with education on managing financials and operations. This is a welcome move from an established brand like Honda and more brands should look at similar exercises," said Amit Kaushik, managing director for India at Urban Science, a global firm that works on multiple car brands on improving dealer profitability.

Companies are getting serious on improving dealers' profitability since dealers are the connect between them and the customers. A motivated dealer is critical to expansion of sales and future growth. Many companies have been facing exodus of dealers owing to unviable operations.