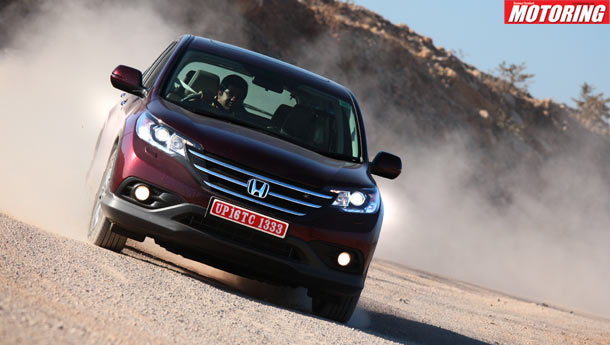 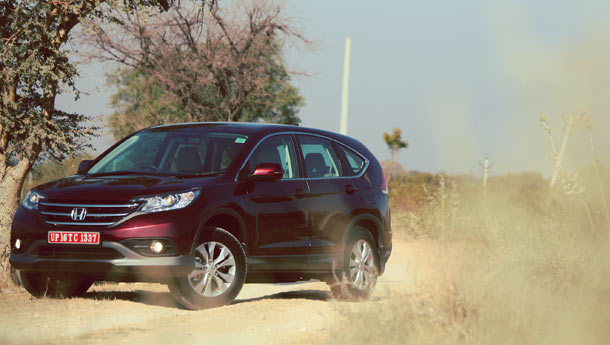 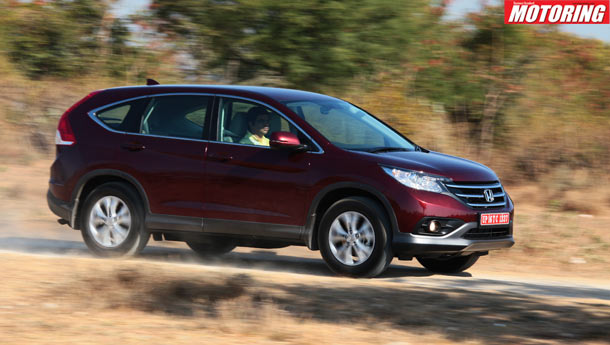 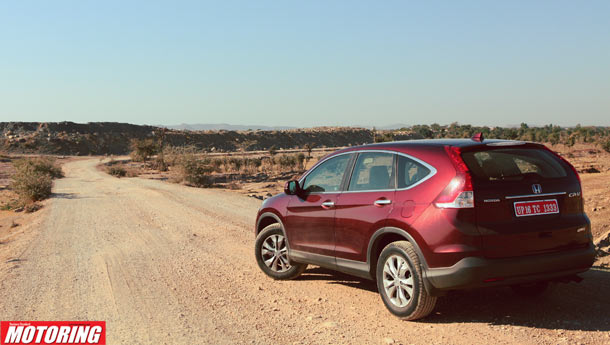 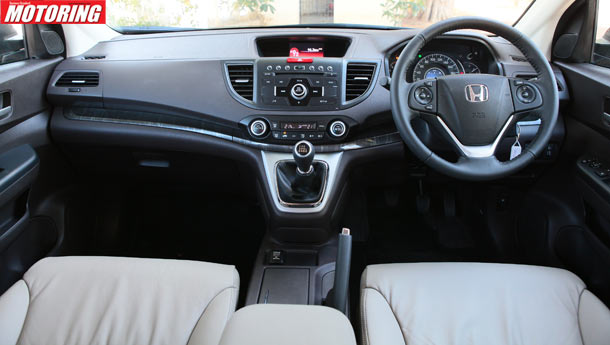 Honestly, someone really needs to hit me with a six-tonne wrecking ball. The new Honda CR-V is so much of an evolution over the last car that it took me a while from the numerous photos, brochures and marketing paraphenalia to get a sense that things had changed. Don’t get me wrong; the last CR-V was bloody brilliant, so following in its footsteps was tough. Go radical, and risk alienating what you’ve got working there. Play it ultra safe and no one will notice. So Honda went down the middle path, brushed it down, applied its make-up box and told the customers; ‘Hey, you now have a new vanilla flavour cup with three chocolate chips to round it off.’ So does it warrant so many pages of text? It actually does.

Despite visual appearances, despite the fact that the length and height are near identical, despite the lack of a third row of seats and despite the same motors (yes, no diesel there yet again, folks), this is an all-new car. As someone posted on our Facebook page, ‘It looks like a cross between a Pontiac Aztec and a Volvo XC60’. Is it therefore scintillatingly boring? Hardly. The Aztek reference is a bit far fetched, but the front-end is pretty aggressive, even by Honda standards. What Honda has tried to do is make the car look bigger, but without making it bulky, something the previous CR-V was. Notable points are the front grille that merges with the fluid headlamps (BMW design flourishes on Hondas continue!), HIDs on the 2.4, 17-inch wheels, stiffened door panels and the chrome surround to the greenhouse, all of which add to the feeling of size and premiumness. It’s the three-quarters where the car looks even better, in my opinion, so what if the tail section looks Volvo-esque.

What’s news is the fact that it is now assembled in India. Yes, Honda know that with a petrol SUV they don’t stand much of a chance, so to make it attractive enough, local assembly does help in bringing the price to a somewhat sensible level. Nevertheless, that hasn’t affected the quality of the car, once you step inside. Fit, finish and trim are still of a reasonably high order, although there is an all-pervading sense of black across the dashboard and some plastics could have been of better quality. The last one had a two-tone dash that did provide some relief in that aspect. Nevertheless, where Honda has made amends is with the kit levels. You now get cruise control, automatic climate control and reversing camera on all variants, and six airbags and ABS too. The 2.4 comes with hill start assist, essentially an ECU controlled system that allows you to take off from an uphill position in any gear without necessarily engaging the handbrake or placing your foot on the brake. You also get a fully kitted-out audio unit on the 2.4 with touchscreen, Bluetooth and navigation on the AVN trim. Seat trim is a darker shade of beige and the gear lever continues to be mounted higher up, though the central tunnel gets a large storage bin now. While the floor pan height is the same as the last car, the rear seats now are a touch lower, about 3.8 cm to be precise. That has meant more headroom, without losing out on seat support. Even the boot area is lower, while the loading lip has been lowered too, enabling easier access to luggage.

The other improvement area is with the motors. Since there is no diesel CR-V on the horizon (at least for the forseeable future), the petrols have to hold fort. There are changes to the motors that have made them more powerful, despite improvements to efficiency. The 2.0-litre i-VTEC now produces 154 bhp of peak power, up from the 142 bhp earlier, while the 2.4-litre comes with 188 bhp and not 160 bhp as before. Torque too shows some improvement, but the big news is that for Rs 19.95 lakh, you can get yourself a CR-V with a six-speed manual gearbox and 2.0-litre, four-potter.

And that’s pretty impressive, considering that the base CR-V is a good Rs 2.7 lakh cheaper than the outgoing car. You can also get an automatic 2.0 CR-V for ` 20.8 lakh or the fully-loaded 2.4 CR-V for Rs 23.95 lakh, ex-showroom Delhi. Surely, the pricing does sound good, but are the motors just as good?

To the 2.0 first, then. The six-speed manual is a joy to use. Really. The shifts have become shorter and the throws even more precise. I can’t think of many manual shifters that actually get close to it on crispness. And the clutch is a complete doddle; the action is just perfect. Even with four up, the 2.0 doesn’t feel wanting for power. All the way up to 150 kph, there’s no let up in power delivery, but after that it starts to taper off. What Honda owners will also realise is that while torque has improved, the torque delivery at low revs is still a bit wanting.

So Honda, as always, makes do with some clever gearing, allowing you to drive the car at 45 kph in sixth and it just simply pulls through. An ARAI certified 13.7 kpl thrown into the proceedings and you wonder if the story of the petrol SUV is dead after all. But it’s the 2.4 that is a must for those seeking thrills. Despite being mated to a five-speed torque convertor, the tall gears allow you to thrash the engine a fair bit. With the engine note changing for the better at around 5000 rpm, the CR-V does go with a fair bit of gusto, the small paddle shifters behind the steering allowing you a fair bit of control. Okay, so the ARAI figure of 12 kpl won’t get you running for the showroom yet, but it’s a decent tradeoff.

Chuck the CR-V into a corner though, and it behaves better than its predecessor. Changes to the suspension settings and the lower kerb weight, especially on the 2.0, allow it to change direction with a degree of surefootedness. Where the earlier car had a slight tendency to find its rear bobbing a bit because of the softer suspension setting, this one simply glides with very little vertical movement. High-speed stability is good too. Another change is with the steering – out goes the hydraulic setup and in comes an electric one. While there is little effort and  it’s generally accurate, there is no feel and at times it does load up inconsistently. A detailed road test will tell us exactly how it stacks up against its competition in this area, but first impressions are good on this count.

So, the mighty big question is – should you buy a CR-V even though it’s still offered in petrol guise? The resounding answer is yes, if you will mostly use it in urban environs. The reasons are simple; light controls, ease of use and the sheer refinement and quality at hand that make the CR-V rather compelling. If your Excel sheet says otherwise, stick with them diesels, but otherwise, the CR-V will work its charm on you. It’s a revolutionary evolution, to say the least. The writer was invited by Honda to Udaipur to drive the new CR-V