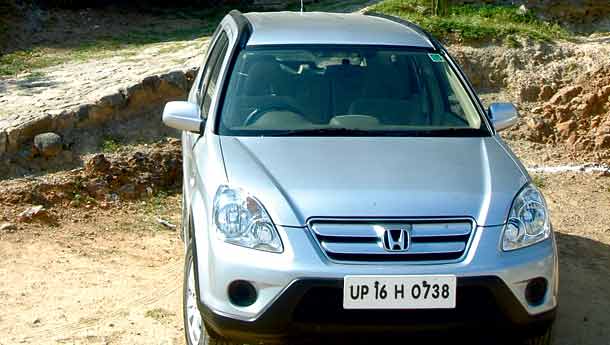 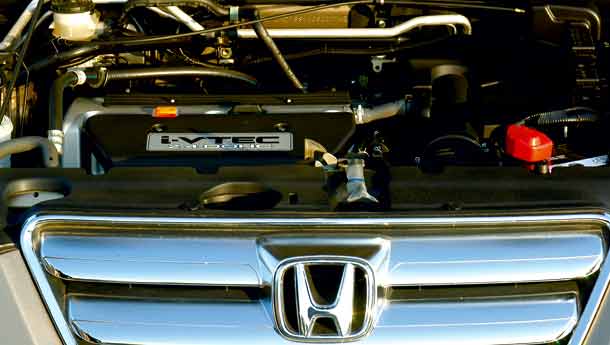 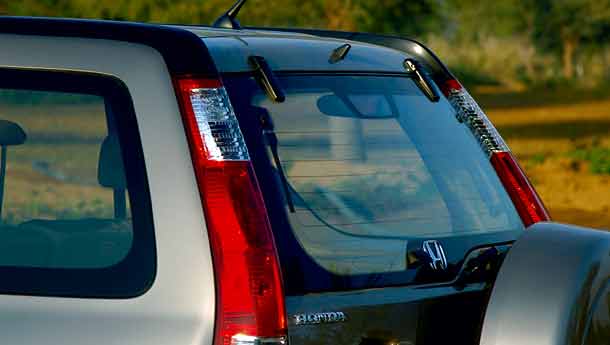 At the outset, those whose idea of fun it is to engage four low and scale vertical cliff faces need not get in line for Honda’s new CR-V. Like its earlier version, big bro doesn’t particularly enjoy getting his wheels all muddied up, so if you were hoping that off-road capabilities would be enhanced, wrong number. Put that fact aside, however, and you have an entirely new animal lurking under the familiar CR-V badge.

The old CR-V was a great car, but Honda received a fair amount of customer feedback that said their soft-roader looked...erm...a bit soft. It was highly unlikely that a CR-V buyer would enter it in the Raid De Himalaya, but it appeared that he wanted it to at least look like it could. That would explain the car’s butch new front, then. It’s certainly much more purposeful than the older version, with slightly wild-eyed contoured headlamps, fog lamps, a sporty three slat chrome grille, a muscular yet subtle bull bar and a neat skid plate. At the rear, it gets new taillamps that look superb and the car now comes shod with 16” alloys that greatly add to its character. While the old car would have entered a party and said ‘Excuse me, I hope I’m not being too much of a bother’, this one would probably wink at the hostess and grab a cocktail from a waiter. It probably wouldn’t win any beauty contests, not with those startled-frog headlamps, but the overall effect is certainly more eye-catching than its predecessor.   The engine is the bit where the CR-V grabs a hold of the hostess’ waist and plants a kiss on her. The 2.4 litre i-VTEC unit from the Accord now does duty under the car’s hood, finally giving it the sort of grunt it always deserved. The old 2-litre unit was fine, but this one feels like it finally belongs. Putting out 152 bhp and mated to either a five-speed manual or five-speed automatic gearbox, the powerplant gives the CR-V bragging rights it didn’t use to have. A fast run from Delhi to the Neemrana Fort Palace gave me the chance to gauge the capabilities of the new car, and I came away impressed. The automatic version was always extremely refined and continues to be so, except that it now delivers a bigger kick up the pants. Flooring the throttle leads to a grin-inducing surge forward and the auto-box shifts at exactly the right moments. To fully enjoy the engine’s rev-happy nature, however, you need to seat yourself at the business end of the manual version.

Apart from feedback about styling, Honda also received many requests for a manual gearbox. All those who did so may now rejoice. The five-speed manual, although it had a slightly sticky shift action (perhaps because the car was brand spanking new), was great fun to use, especially when I kept the engine in the powerband. The engine sounded great too, and I found myself revving it to the limit on several occasions, just to listen to it growl. The ride was mature and the car handled, well, more like a car than an SUV, thanks to its monocoque frame – another definite plus. The car’s permanent all-wheel drive system has been further refined and Honda claim near-zero lag when power is transferred to the wheels that need it.   As is to be expected from Honda, both versions had tasteful interiors done in high quality materials – no imitation leather or wood here. The automatic comes with the proverbial kitchen sink – leather all round, plush carpeting, a funky-looking CD/cassette/MP3 player and a host of knick-knacks like fold-down armrests (front and rear) and a centre tray with cup holders. The manual version gets beige fabric seats and some of the knick-knacks mentioned above, except that the audio system won’t play MP3s. When the engine’s this good, who cares?

To sum things up, Honda have taken what was an excellent product and made it more powerful, better appointed and much more aggressive, and it all sits together very well indeed. At Rs 14.57 lakh and Rs 15.57 lakh (ex-showroom, Delhi) for the manual and automatic versions respectively, the new CR-V offers a great mix of performance and comfort. Honda were the segment leaders until recently, and this car should help them claw back that position. The CR-V is dead, long live the CR-V...cliched, but entirely appropriate.