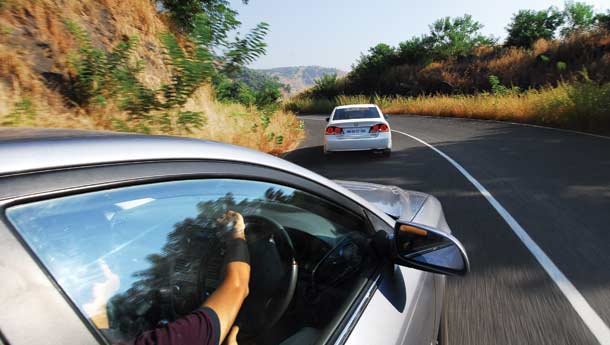 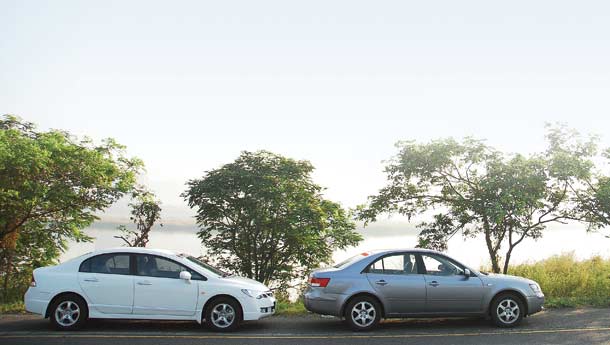 It could have been an ideal world if there were just automotive magazine writers and automotive magazine readers. Then we could have written brilliant stories about nice enough cars so that our readers could have enormous fun reading them. The problem, apart from the fact that the world is not that ideal, is that there is a breed amongst our readers who are genuine car buyers. They are not interested in the magnificent looks of a Lamborghini Gallardo, the breathed-in prowess of a 911 Turbo and the corner carving ability of any BMW. Instead they want to know how much bang they can get out of their buck. These people actually spend money buying cars, can you believe that? Sure, they also want to know whether they are making the right buying decision and, almost always, want us to endorse their beliefs.

Such beliefs are driven by money flow, influence of children and wife, and of course, what the neighbours drive. So it was not unusual that our mailbox was clogged with Which Car? questions that debated the idea of buying a Hyundai Sonata Embera at Rs 13 lakh on-road (as advertised by Hyundai dealers) instead of a newer, but smaller Honda Civic at Rs 12.5 lakh on-road. enerally speaking, most of these buyers wanted to know whether is it a cardinal mistake to get a bigger car for almost the same money.

Fair enough, we thought. It is exactly for such ‘unfair’ automotive comparisons that we have a slot in the magazine under the slug ‘By Demand’ anyway, right? To cut a long one short, we brought the two cars, both manual transmission versions, together for a comparo. And at the end of the story we have stuck our necks out and found a winner – will it be the badge power and bleeding-edge technology of a Honda or the absolute value and sheer size of a Hyundai that prevails? Read on.

Looks and comfort
The Honda Civic, to me, is the best looking automobile on our roads today. Alright, I am not including the banana Merc and a certain four-door Maser in this, but you get the drift. Following a few Civics interspersed with some City ZXs on the road is like being in a concept car pavilion at the Tokyo Motor Show. Honda has managed to give cab-forward design a smart interpretation with the new Civic and this has created a Japanese car that is proud to show-off its lines. The new Sonata, on the other hand, was created to take on Japanese cars on American soil and, very unlike its predecessor, has a certain Teutonic identity to it. The end result is a Hyundai that, when parked next to a Honda Accord or a Toyota Camry, carries a certain ‘well-built’ air pretty well. It is a perfectly balanced design with not many flaw-lines visible to the eye. Sure, it is not what set designers of a new Star Wars epic will derive inspiration from, still. Good, futuristic design needs to be appreciated and in this regard the Civic is the better designed car here. In the same breath, there is nothing wrong with being trendy without being spooky and hence the  Sonata does not lose much either.


Driving and performance
On paper, it is the Sonata Embera all the way. For your hard-earned Rs 13-odd lakh, you get more cubic capacity, more horsepower and, as a result, more performance from the Korean. And that to me is a genuine feel-good factor. But there is something about the  thoroughbred engineering of the Civic that helps it fight back on tarmac and it is called power-to-weight ratio. Despite producing 28 bhp less from a smaller engine, the power-to-weight ratio of the Civic is 110 bhp per tonne compared to 108 bhp per tonne of the Sonata. Add to that figure 17.5 kgm of torque that develops at around 4300 rpm as against 19.5 kgm at 4800 rpm, and you realise that we are not all that off the mark with this comparison test.

Catch the revs and drop that clutch – the Sonata is a quick car and the test machine stunned us with a 100 kph run in 9 seconds flat. For a Camry class machine from Hyundai, that is very quick indeed. The Civic stormed behind at 9.6 seconds (our road test figures for these cars are slightly different – but then the track conditions were different too). We repeated this exercise a few times to ensure that it was not an aberration. These cars are almost on par when it comes to sheer acceleration numbers. The bigger car is again marginally quicker in our 80-120 kph passing speed tests but asserted its lung power with a 215 kph top whack as against the 205 kph that the Civic managed.   But do the numbers tell the true story here? In this very magazine, not so long ago, the Civic was considered a loser despite being a much quicker car than the Skoda Octavia RS. The RS won the shootout because it was the car that felt good when driven with performance in our mind. Ditto with this comparison test. The Sonata is quicker and faster alright, but it is the Civic keys that will be grabbed if we are asked to pick a driver’s car between the two. The Civic is much more focused on the driver and its innards are built around the driver. Both cars may have suspension components that can be compared on paper (struts up front and multi-link setup at the rear) but it is the Civic that is tuned to carve apexes. In other words, you need to be a much better driver to keep the Sonata powertrain working in its favour, while the Civic can make ordinary ones look good.

So the Sonata wins on paper and on road, but it is the Civic that the enthusiast’s mind is craving for.

Clinchers!
But wait a minute. What about our buyer here? If the dude we are talking about wanted performance machinery then he would have bought an RS, right? Our man here wants maximum car for his money and, mind you, is rich enough to hire the services of a chauffeur. That means the above two paragraphs mean little to him. He wants plush ride quality and ample space at the back, which the Sonata gives. He needs a decent climate control and entertainment system too, which the Sonata offers. So the Sonata is decent and contemporary looking, has (marginally) better performance and has more space at the back. So it is safe to be considered a winner of this shootout. And guess what, the new Sonata is a very well built car that has all the safety features you can expect from a car of its class.

Finally...
Genuine enthusiast drivers need to go straight to the Honda showroom. Period. Also go for the Civic if you believe in residual values, badge appeal, sophistication, looks and economy. Being a smaller car, it is easier to live with in our crowded city streets and can return a healthy 14 kpl in touring mode (9 kpl in city traffic with the airconditioner working).

But if you believe in chauffeurs, company-reimbursed fuel expenses, five-year depreciation cycles, large car space and performance and more bang for your money, sign on the dotted line for the Hyundai Sonata Embera. And do feel good at the fact that it is money well spent.

It is the interior that clinches the design deal for the Civic. Hyundai had to appeal to a diverse audience in the world’s largest automotive market and hence played it absolutely safe. While the Honda gets well creased plastics, the Hyundai has to do with wood veneer finish, and while the Civic gets multiplex meters with digital speedo and the works, the Sonata looks staid with its traditional dials. Being the larger car here, you would expect the Sonata to accommodate its passengers in comfort and that it does very well. But the Civic can surprise you with its interior space – thanks again to the cab-forward architecture.

There, what the Sonata loses on sheer sex appeal, it wins back with size and space. And, ahem, size matters to the buyer in this league. Let us move on to more important stuff now.