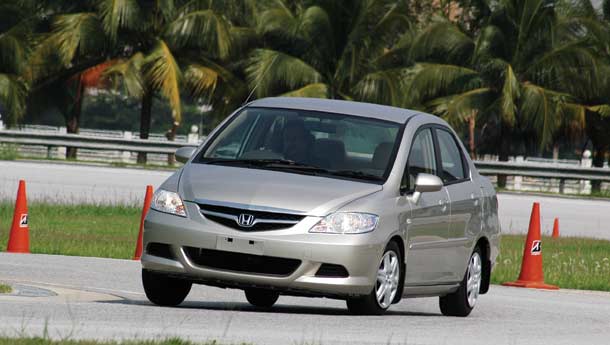 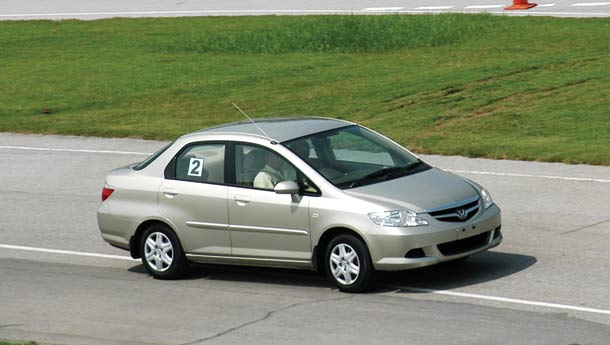 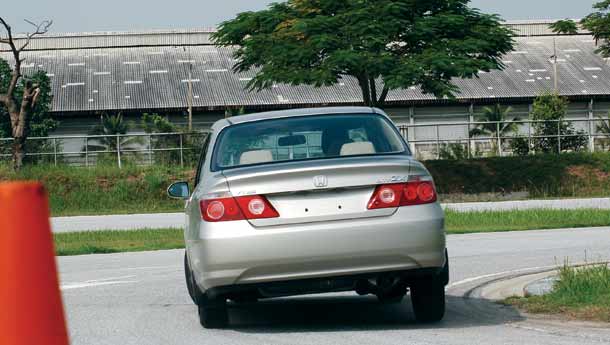 Let me quickly take you back some years. It was when Honda launched the then new Accord (the old model) and we went on a media drive from Mumbai to Chiplun. Those who are familiar with BSM will know that for almost every one of us, this stretch of NH17 – especially between Mahad and Chiplun – is one of our favourite bits of asphalt. I drove the Accord on the way in, and as expected, the refined D-segmenter with an auto-box wafted me around to the edge of boredom.

But there was hope in the form of a blood-red Honda City with the magic initials VTEC on its boot lid and, how can I forget, the twin-exhausts peeping from below the bumper line. Without hesitation, I handed the key of the Accord to a gent from Honda who was keen to drive their big new car and grabbed the keys to the said VTEC. The little less than an hour that followed continues to be one of the best drives I have ever had behind the wheel of an Indian car. I did have a brave soul from Mid-Day as a passenger whose name I have rather conveniently forgotten – if you are reading this, dear friend, do know that I had no intention to scare you. Here was a car that would let its tacho do the talking. Want to summon 7000 rpm before you dropped the clutch? You could have it. A screaming wail of wheelspin and nice strip of rubber painted on the road later, the City VTEC would rocket out of its own smoke-screen. Apex hunting? Well, carrying 5000 rpm into the corner, dabbing the brakes, flooring the throttle at the apex and touching 6500 rpm before hitting the brakes again was the ritual. Actually, you could stretch the power band like a bit of elastic, anywhere between 4000 and 6000 clicks without snapping it.

Power from a small 1500cc four-pot motor had never felt so layered. And the car felt as if it could do this from morning to evening, 365 days a year. Sure, the City had basic underpinnings, but that only enhanced its appeal. It never felt fully sorted out and demanded a very high degree of concentration from its driver. Talk of ‘involvement in driving’ in modern Indian automotive history and the only car that could say ‘yes’ was the City VTEC. To cut a long one short, I straightened the 125-odd corners that make up the stretch and lived dangerously while at it. Behind me was a trail of Accords and when I parked at Poladpur, just short of Mahad, I had enough time to enjoy a cup of tea and ogle at the machine before the rest caught up. That day, the red VTEC felt like an extension of me and I loved it for that.   Fast forward to the Bridgestone proving grounds at Nong Khae, an hour away from Bangkok some time late October 2005. I was staring at a perfectly formed sandwich with Yatheendranathan Bijoy Kumar written on its wrapper. A blue and white wrapper. I always knew Japanese firms are meticulous organisers of events, but this was ridiculous. I almost sent shockwaves through the Honda organisational system by trying to exchange my sandwich with another journalist, but didn’t do it only because I didn’t want to be blacklisted by Honda. Trust me, Honda was absolutely serious about the City ZX and the new engine option that they were readying for the India launch. And that meant an exhaustive press briefing and the above-mentioned sandwich. To be fair, the car has gone through a host of minor changes – changes that really matter. So let us focus.

To begin with, the ‘new’ car looks like as if it has been ‘traditionalised’. Now it looks a bit like a punk brought back and given a proper hairdo and a three-piece suit. To me, the City looked absolutely futuristic and needed no plastic surgery whatsoever for the next five-odd years. Even the customers, who didn’t like the looks to begin with, were just about warming up to the lines when Honda decided to bring it back to the design studio and give it a proper Honda family look. Sure, the result is impressive – it looks like a smaller Accord. New headlamps, larger air-dam, revamped tail end with new lamps all look proper too. Look closer and you may notice that the bonnet line is higher, which according to Honda gives the car better crash-worthiness and pedestrian impact ratings. And yes, while they were busy re-stitching the tail end, Honda engineers also found an additional ten litres of boot space. As if the current boot was not large enough. I have shown the pics of the new car to prospective buyers in India and they seem to adore it. Trust me, give us chrome and we Indians will be lovin’ it. In any case, Honda had trouble keeping pace with demand for the City and now that it looks ‘proper’, Honda needs to build some additional capacity – which they are indeed doing.

As I mentioned, we were at a proving ground and the only car that I was interested in was the VTEC with a manual transmission. If you have ever driven the good old City VTEC, you may not be impressed by the initial power delivery and the way the cam-lobes varies lift to release more power in the new car. The culprit is ‘refinement’. In search of the dreaded ‘r’ word, Honda has taken the spine-chilling edge from the VTEC engine and tried to tap it for more useable performance. Lest you worry, the ZX VTEC is a far more involving car to drive than those ultra-efficient i-DSI propelled cars – still, I have to say that nostalgia ain’t what it used to be.   Floor the throttle and the intake noise is typical of a VTEC motor and you are rewarded with a quick run (you will have to wait for a road test for numbers) to 100 kph. Of course, life begins at around 4000 rpm, at which point, the tacho needle wakes up with a shudder and rockets skywards. No, you do not get pushed back to the seat – unfortunately. But you do realise that the cam-lobes are at work providing the electronically controlled lift, which in turn feeds what used to be a rev-hungry block. Again, in search of refinement, Honda has set a barrier of sorts and the engine refuses to rev freely beyond 6500 rpm – which is good news for fuel consumption and terrible news for your adrenaline glands. To get the best out of this motor, you dance to the tunes of the tacho, ie, shift at 4800 rpm where all the torque is delivered to you, do not hit the rev-limiter, change a gear and move on. Controlled madness, Honda style? Yes.

In an arrow straight section of the proving ground, the ZX VTEC touched 165 kph before I braked and slalomed through a chicane. Now Honda engineers changed the way the car rides and handles too. Initially I thought that was marketing spiel, but hey, they have changed the dampers and spring ratings, changed the bushes and rubber stoppers, changed bush position for the rear trailing arm... and all that cannot be termed minor. Honda also admits that the ‘thud’ noise that came from the front end of the first gen City will now be eliminated. Ahem, there was a ‘thud’ noise to begin with? And no, the current City owners cannot retrofit the new changes. On the positive side, ride has improved over bad roads (simulated at the brilliant Bridgestone proving ground) and handling has become even more predictable thanks to improved feel from the power steering. That means an automobile that is more dynamically correct than before and hence safer overall. Makes sense if you have 100 horses to play with, right? And yes, the ride height has been improved by 13 mm so that the City can sail over Indian speedbreakers.

What we do not get though, and I am a bit miffed about this, are ABS and airbags – not even in an expensive variant, since (this is our guess) that would have taken the pricing strategy really off-course. Also not available for India are 15-inch wheels and tyres since tyre suppliers were not ready for the model change.

A proving ground is too sterile an environment to enjoy an automobile. Sure, I went berserk through the rev-range a few times and steered animatedly through some corners to get a good feel of the car. And I was convinced that the car has more steering feel and better ride. Sure, the additional power from the VTEC motor will satiate the hunger of those who have been longing for a powerful mid-size Honda.

But for me, the test will be complete when I take the ZX VTEC to my favourite bit of NH17. And if I feel like sitting down with a cup of tea and staring at it, the new Honda would have passed my test with flying colours.