Honda City VTEC - Timing is everything 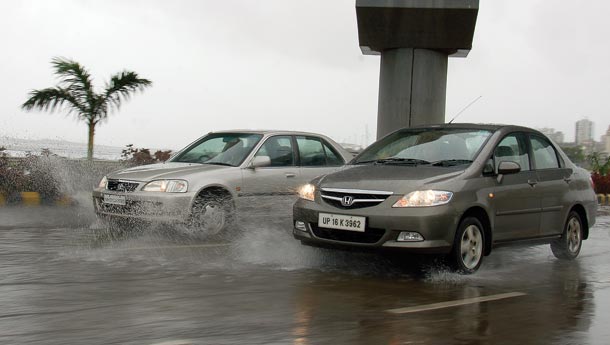 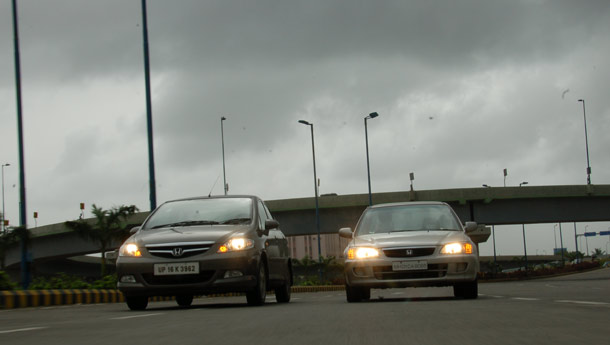 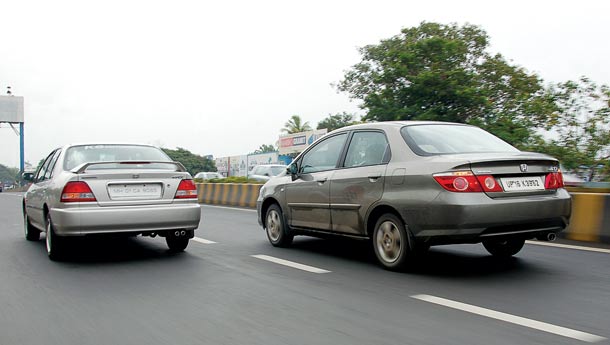 Let’s settle this once and for all. The old VTEC is faster than the new one. Period. It’s faster to 60 kph, 100 kph, 120 kph, through the quarter mile, through corners, on any given Sunday, any place, any time. Oh, and it has a higher top speed too. The King was never dead. Instead we got an imposter. Whoever said progress is a good thing obviously didn’t read ‘The tale of two Citys.’

As always, this one isn’t about the numbers. It’s about the communication between your mind, your palms and ahem, your bottom. But let’s start at the visual communication. These cars might share a name, but they are the complete antithesis of each other. While the new one is the futuristic sort, thanks to its roots, the old one represented the quintessential Japanese sedan. But remember, these are variants of their respective model range and the new one just isn’t distinct enough. Those alloys are hardly special and there just aren’t enough visual clues to hint at any sort of performance. The old one, well, you could spot it through the slightest gap in traffic. The distinctive spoiler was the first giveaway. Then there was the twin-tail exhaust and those wheels. Sure, a lot of wannabes did get their hands on these bits, but a true enthusiast could always spot a fake. You see, this one came with hollow-headrests. No one ever went that far to make their car look like a VTEC. The point is, they wanted to emulate that car. I don’t think too many would be faking this one. Surprisingly, neither of these cars were ever available in red. Which is a good thing.

Enough of looking around. Let’s get to the driving bit. The old VTEC is a bit of a pain to get into, but once in, it is perfect. Really, there isn’t another word for it. The meaty four-spoke steering wheel is brilliant to hold and the gearbox has an incredibly short throw. In the new one, it’s just too upright.   In traffic, the old one is a real pain, almost to the point of being undriveable. The valve-timing is in two minds, struggling to get a fix on the cam profiles. Power comes in at a manic 6800 rpm and you have to rev the ceiling off this thing before you get anywhere. But when you do, it really goes. This car single-handedly made people aware of what 107 bhp/ton meant by rewarding them with the fastest 100 kph of their lives. The new one, though just half a second quicker, feels like you are riding in a train. Where the old one makes you aware of the occasion that is the tonne, this one gets there almost clinically. The biggest difference though is how quickly the old one made you smile. This one struggles to even break you into a grin. Okay, so I lied about the old one having a higher top speed, but what the heck. The rally boys embraced the old VTEC. And when the new City came out, they moved on to the Baleno.

And it’s the same story as far as handling goes. The new VTEC’s electric power steering has all the involvement of an arranged marriage, while the old one is as intense and as intimate as a one-night stand. The way it steered also made a difference in the way it cornered. While both have independent suspension, the earlier one went through corners. This one manages to go around them. Sure, the new one has better packaging and has a much more modern interior (the old one, frankly, is stone age), but who cares about all that when there is enough power to go through corners in a way that will make your passengers revisit their breakfast?    In fact, the more I drove these two cars, the only thing that they seemed to have in common was the badge. Honda should have buried the name with the old car and instead called this VTEC the City Plus or the Super City or something. The cars really are that different, not just in shape but even in soul - if at all the new VTEC has one. And if this is progress, please let me go backwards. You know, if this were a movie, the new City would be the old VTEC’s estranged son, the one that never matches up to the legend of his dad.

Of course, it mattered from where both these cars came from. When the 100 bhp City was launched, it was a sensation. It was so good, the poor mustard got cut in every road test. Also, it made a motoring journalist out of at least one teenager I know. When the 77 bhp City came out, everyone made it the Car of the Year and then went into mourning.

The old VTEC really was that sort of car. It was special. Special enough for you to discuss it at work if you saw one on your commute. To replace it with a 100 bhp appliance is sacrilege. Honestly, I am surprised that Honda would do something like this. I mean, of all Japanese companies, Honda is the only one started by an individual who wanted to build cars, not corporations. Soichiro Honda wanted to create and enjoy. Maybe that’s only restricted to the Type Rs of this world now, not bread and butter stuff. Sad.

Either way, the new VTEC is like a boy band - fun if you are sixteen but instantly forgettable. The old one isn’t exactly Metallica, it is Bryan Adams. Not the best singer on earth, but he did sing ‘Summer of 69’