Honda City - Reluctance to change gears felled it from top 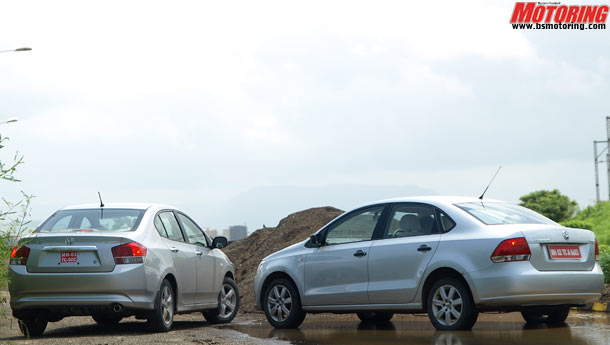 Honda’s flagship mid-segment sedan, which refused to jump on the diesel bandwagon, sees its leadership challenged due to rising fuel price differential

Jnaneswar Sen, the soft-spoken senior vice-president (sales and marketing) in Honda’s car venture in India, is a worried man. The rapid dieselisation seen in the passenger car industry in the last one year is the prime cause of his concern.

The gap between sales of petrol and diesel variants of cars has widened, especially after the recent price increase — the price differential between the two fuels has risen to a little more than Rs 21 a litre. “We are concerned at the growing gap between the price of petrol and diesel. The increase has been very sharp in the last one year,” says Sen.

Sen’s worries are not out of place. It has been a double whammy for his company’s flagship product, the Honda City — first, it does not have a diesel-engine variant and, second, it has had to take a production cut due to the earthquake in Japan and the shortage of imported components that has followed. The crisis is not hard to see. It is reflected in the car’s sales numbers. It has been ousted from the numero-uno position in the luxury mid-segment sedan market by Volkswagen Vento, a new kid on the block. Vento sold 2,866 units in April, while Honda could hawk only 1,542 City sedans in the month. Even Maruti Suzuki SX4 and Hyundai Verna did better in sales than the once undisputed leader.

Experts say the problem is that over 65 per cent of the sales in this segment come from diesel variants. And, Honda’s competition is getting fiercer on this count. Hyundai, for instance, just a few days back, launched the new Verna — in both diesel and petrol versions — to take on the City. “We will sell 45,000 units in a year and expect 65-70 per cent of the sales to come from diesel,” says Arvind Saxena, director (sales and marketing), Hyundai Motor India Ltd.

Maruti Suzuki, which launched the diesel version of its SX4 in February after the sales of its petrol version started sagging, has already seen bookings of over 15,000 units for the diesel variant. “The diesel SX4 has received a very good response. We will have a waiting period of two to four weeks. We are already seeing SX4 sales going up from 1,600 units a month to 3,500 units a month, due to the diesel model,” says Shashank Srivastava, chief general manager, Maruti Suzuki.

Even Volkswagen is pushing the Vento aggressively. “The Vento is targeted at an evolved customer. Its customers are mainly young entrepreneurs, young family, and the urban youth aged between 30 and 35 years, with annual income between Rs 12 lakh and Rs 15 lakh a year,” a spokesperson of the company says.

The German giant rolled out its first made-in-India car, the Polo, only in 2009 — much later than Honda (which started manufacturing from its Greater Noida facility in 1997). And, Volkswagen has already built up a reasonably strong distribution network to leverage the production cut announced by Honda. Today, it has 71 dealerships across 57 cities to sell the Vento, in comparison to Honda’s 125 dealers in 77 cities.

Besides these, there also are other car makers threatening to bite into Honda’s pie in this segment. Michael Boneham, president and managing director, Ford India, says: “The new Fiesta (in the City’s segment) will be a segment-leading product in India, with intuitive first-in-class smart features and fuel economy that raise the bar in every way. We believe we have a compelling proposition, but will let the market decide on sales.”

How does Honda plan to recover its lost ground? To begin with, it has no choice but to ensure that it remains the largest-selling petrol car in this segment and maintain its premium pricing over others. It also hopes to regain the numbers after it is able to push production to its normal levels.

There also is an ace up its sleeves. Work is on to build a new diesel engine in Japan to power Honda cars in India. “We already have a 2.2-litre diesel engine produced and sold in the European market. It can run only on low-sulphur content of diesel. Japan is developing another diesel engine. This may take more than two years,” says Sen.

The times may be rough but that does not mean Honda plans to rest on its laurels in the interim. To begin with, it is undertaking an aggressive campaign to educate customers that diesel is not always the cheapest option. “Diesel advantage kicks in only when you drive around 1,500 km a month. Otherwise, the cost advantage is not there,” Sen says. That is because the higher maintenance cost of a diesel engine, added to the premium you pay to buy a diesel car, neutralises the impact of the lower cost of the fuel.

Sen also says, compared to competitors, Honda cars have lower depreciation rates. So, you get a better resale value when you sell your car. According to studies, depreciation of Honda City after two-three years is 25 per cent, compared to rivals’ 40 per cent.

The Japanese giant is also pushing its distribution network to more cities. That is being done primarily to prepare for the launch of its small car, the Brio, expected to be on the streets in October, but the spill effect will be seen for the City too. Honda plans to expand its network to 150 distributors across 91 cities by the end of this year.

“At present, more than 50 per cent of our sales comes from the top-five cities. This equation will change as smaller towns and cities are growing faster. Most of our expansion will happen in these new locations,” Sen says.

Car manufacturers can do nothing about fuel pricing by the government which is seen bent in favour of diesel cars at the moment. Many critics say Honda misread the market by not working on a diesel engine earlier. It certainly had the option to buy or import technology from others, like Maruti Suzuki did by buying from Fiat the diesel engine technology for its SX4. But Sen proudly says Honda makes the best engines in the world and would like to make it in-house.

The key question, however, remains whether two years is too late. Till then, Honda has to go on pushing for its City petrol to get the numbers... and pray that the gap between diesel and petrol prices comes down dramatically.

Volkswagen Vento versus Honda City - Spoiling for a fight