Honda City goes back to number one! 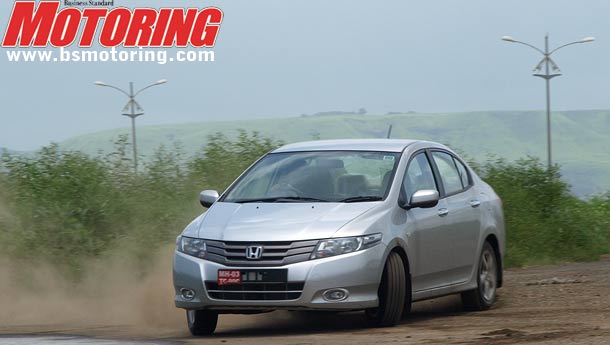 Nearly six months since Honda’s best-selling car, the City, lost out to competition in monthly sales, the sedan is back again on the top slot in that segment, ahead of the Hyundai Verna and the Volkswagen Vento, which had dethroned it in the preceding months.

Data with the Society of Indian Automobile Manufacturers shows Honda sold 5,819 units of the City last month and Hyundai managed 4,211 units of the new Fluidic Verna. Volkswagen saw an offtake of 3,019 units of the Vento.

In March this year, Volkswagen had brought to an end the City’s decade-old dominance in the mid-size premium sedan segment. The company had sold 3,973 units of the Vento in March, as compared to the 2,773 of the City. Since then, Honda Siel had rationalised prices of the sedan by up to Rs 66,000, by implementing various cost reduction measures. The Honda City now has a 40 per cent share of the segment.

Says Jnaneswar Sen, senior vice-president, (marketing and sales), Honda Siel Cars India: “We were working on 50 per cent capacity due to disruption in supply of components from Japan (after the earthquake). This is now normalising. Besides, our research and development team had set up base two years back. Their mandate was to increase localisation content for our small car, the Brio, and to work out cost reduction methods for volume models like the City. We were able to pass on the benefits of these efforts to our customers.”

The growing price differential between petrol and oil has seen the Vento newcomer (which has both a petrol and diesel version) race ahead of the City in the segment in recent months. The City is available only in a petrol fuel option, unlike competing sedans. According to industry estimates, apart from the City, as much as 80 per cent of sales for all other models filter in for the diesel fuel variant. This, some observers hold, could impact sales of the City in the long run.

However, says Sen: “There is an initial premium you pay when you purchase a diesel vehicle. Unless you drive 2,500-3,000 km every month, the cost benefits of buying a diesel car do not come in. Customers recognise that.”

The premium mid-sized sedan market is one of the fastest growing categories, with sales growing at around 20 per cent annually. Around 140,000 units were sold in the segment in 2010-11. Honda has been a leader in this market for over a decade, with a market share of 35 per cent in calendar year 2010.

Its nearest competitor, the Hyundai Verna, sold half the number of units compared to the City.

Volkswagen launched the Vento in July last year and Ford introduced the Fiesta recently, to grab a share in one of the few categories registering growth despite sluggish market conditions.