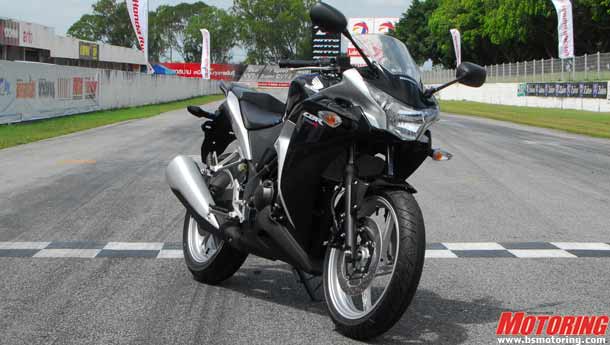 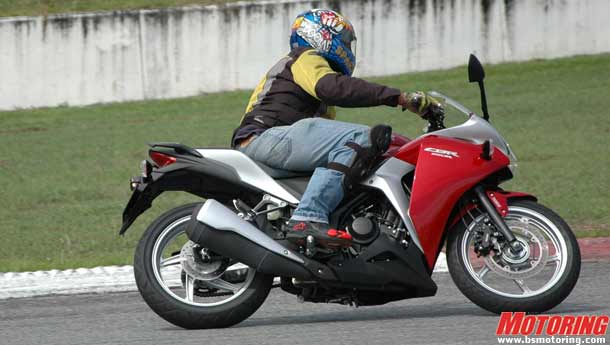 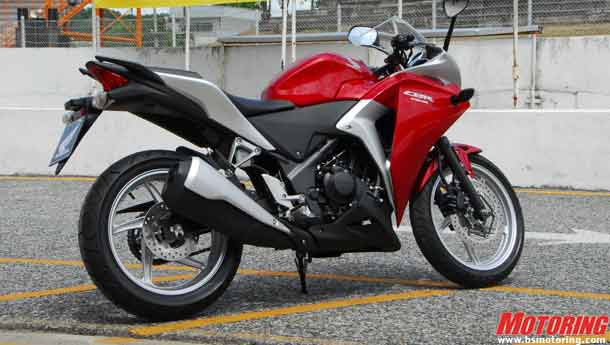 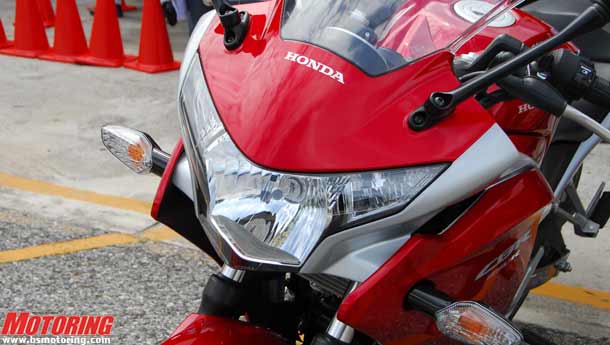 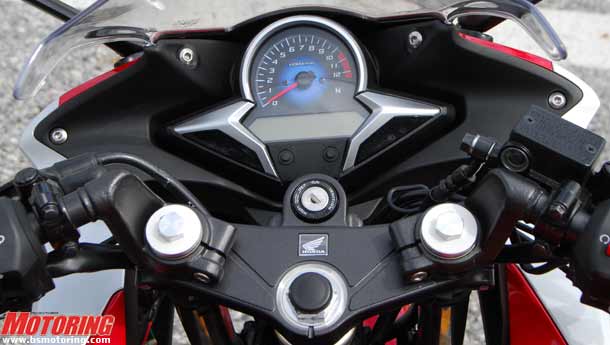 Okay, so I really didn't see this day dawning this soon. The day that a major motorcycle manufacturer actually listens to what motorcyclists want, rather than deciding what they should want. And if this motorcycle is the result of a market survey, then I suggest Honda immediately hire those who took the time to fill out that questionnaire, because they are definitely spot-on.

What everybody worth their right wrists seem to want is a motorcycle that looks good and substantial, goes right, licks fuel and makes nice vroom-vroom noises. That is exactly what Honda's CBR250R has to offer, and here's how.

You might wonder, heck, with all that snappy styling, why does the CBR250R get a single cylinder motor. The reason can be summed up in three words - economics, economics and more economics (okay, four words). A single cylinder engine is cheaper to build and when compared to a twin, is more fuel efficient and easier to maintain. That brings down the showroom price as well as running costs drastically. This however, doesn't make the CBR250R's motor a wimp at all. Although Honda isn't talking power figures yet, I reckon that to be pegged at about 25 horses with 2.3 kgm of torque, quite adequate for a motorcycle of this size and nature. The motor is a liquid-cooled 249cc unit that features 4 valves which are activated by dual overhead cams and is fed through a PGM-Fi system.

In my opinion, a race track isn't the kind of venue for the launch of a motorcycle like the CBR 250R. That's because, as sporting the Honda might be, it's no committed track day machine. It has sporty aspirations no doubt, but it's a peppy commuter at heart. The short stroke motor revs easy but tends to come out looking quite soft. Power makes its appearance low down and keeps pouring in through the revs while the acceleration, although not searing, is amply brisk. Think of it as a beefier Karizma but smoother and more tractable. However, past 8000 rpm, the engine tends to get a tad vibey, though it's not in amounts that would rattle out your tooth fillings.

As I have mentioned before, the riding position on the CBR250R is more upright than not. The footpegs are positioned slightly towards the rear but by all means, the entire ergonomic package is comfortable. Easy-reach bars and the narrow torso mean that even an above-average sized bloke like me can fit in snugly and putting in hours on the saddle doesn't seem like a pain-inducing exercise.

All the instruments you'd need on a bike like this are there. The analog tacho hogs all your attention bang in the centre of the console while a digital readout screen displays the speed and other information. The digital display is easy to read and yet another fact that proves Honda's been listening is the bright red headlight flasher trigger and the engine kill switch, both eagerly pointed at to me by an HMSI big wig.

So we know the CBR250R can go. But stop? Well, that's not much of an issue, especially since the Honda gets a disc at the front as well as at the rear. The front stopper returns a good amount of feel while the rear disc is somewhat numb. Honda will offer the CBR250R in India with an ABS equipped version as well - a segment first for the country. I rode the ABS version and the system is so un-intrusive that most people won't even know when it kicks in and out.

On the whole, the CBR250R is a motorcycle that will do wonders for motorcycling in India. I say this because, with this motorcycle, Honda has sent its competition back to their respective drawing boards to bring out a worthy contender. Now that the race is on, it is safe to say that India's going to be at the receiving end of some fantastic, yet affordable motorcycles for enthusiasts to enjoy.

Now comes the best part - the price. I do realise that it's not everyday that something's best virtue is its cost. But with the CBR250R, it's a whole different ball game. The bike will be manufactured exclusively in Thailand and India and that alone contributes to brilliant pricing. Honda's head honcho in India, Shinji Aoyama said that the ex-showroom non-ABS CBR250R should cost less than Rs 1.5 lakh while the ABS version will cost a tad more. There just has to be a lot of people out there that have 1.5 lakh that needs to be spent and all in, it's a pretty good buy indeed.